BMW Poland organized an M Festival at the Silesia Ring to mark 50 years of M by bringing together dozens of M cars. With good reason, the M3 Touring and M4 CSL took center stage as attendees flocked to see the exciting duo, but there were many other performance cars that paraded on the track. Although the XM wasn’t on location, BMW Poland’s president reminded us the plug-in hybrid SUV is coming soon with 650 horsepower on tap.

Before the end of 2022, we’ll also see the next-generation M2 (G87) as well as the 3.0 CSL, so the second half of the year is shaping up to be just as exciting as the first. Before these big debuts happen, the M3 Touring and M4 CSL are the talk of the M Town, shown at the Silesia Ring in Individual Frozen Black and Frozen Brooklyn Grey, respectively. The super wagon also happened to have M Performance Parts, bringing a heavy dose of carbon fiber and the 1000M gold bronze wheels. 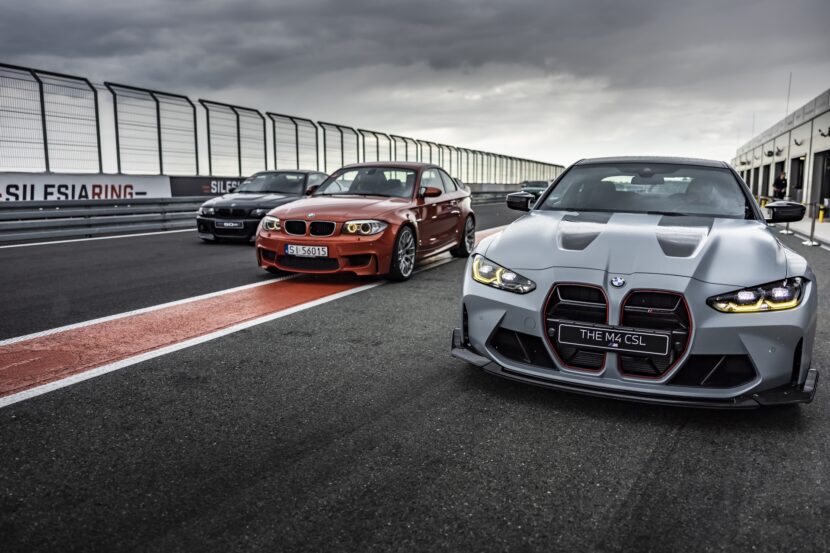 We’re being told customers from Poland have been waiting for BMW to come after the Audi RS4 Avant and Mercedes-AMG C63 Estate. The M3 Touring is finally here and could be sold for a long time as the current-gen 3 Series (and 4 Series) life cycle will reportedly be extended until 2027. As for the M4 CSL, it’s a limited-run affair since only 1,000 units are being made for the whole world. The 3.0 CSL coming soon will be even more exclusive as the Bavarian marque will only make 50 cars.

BMW is not done tweaking the M3 and M4 lineup taking into consideration that 2023 will see the introduction of the CS as special edition models with several upgrades. The former will be sold only as a sedan while the latter will be a coupe, with both featuring an assortment of tweaks like other CS models of the past.