2023 BMW i7 Debuts In South Korea At Busan Motor Show

The BMW Group is the only import brand currently attending the Busan Motor Show in South Korea. Alternating with the Seoul Mobility Show, the event has been on a hiatus caused by the coronavirus pandemic, but it’s now back for 2022 with a few local premieres. Chief of which is undoubtedly the 7 Series G70, exhibited as the fully electric i7 xDrive60.

BMW South Korea also celebrated the local launch of the second-generation 2 Series Active Tourer minivan while the production version of the XM with 650 horsepower was shown behind closed doors to a select group of people. Other notable products include the M850i Gran Coupe with the facelift, the M240i xDrive, M4 Convertible xDrive, and the X3 M Competition. 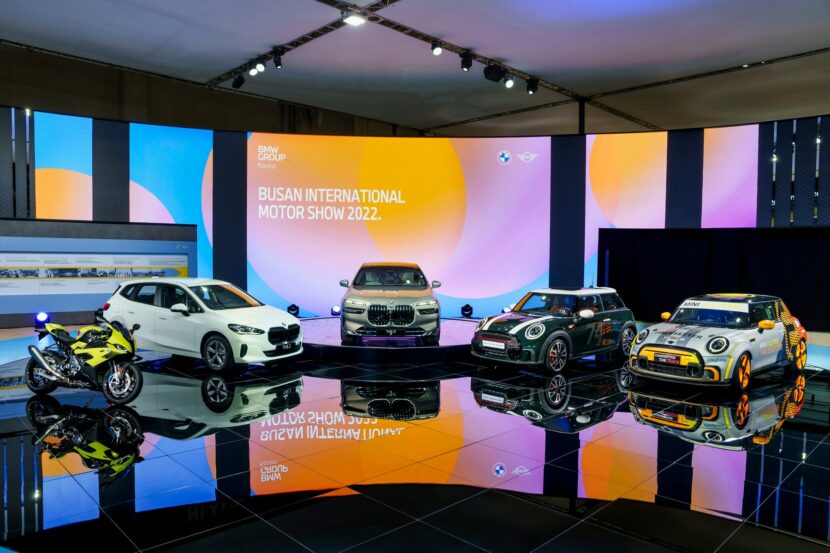 MINI is attending the show as well with a JCW Anniversary Edition and the Electric Pacesetter while BMW Motorrad has brought to the Busan Motor Show the first-ever M bike – the M 1000 RR in the 50 Years M anniversary livery. Joining the performance motorcycle in South Korea are the stylish CE 04 electric scooter and the R 18 Transcontinental posh grand tourer.

In total, the BMW Group has no fewer than 21 products on display at the Busan Exhibition and Convention Center (BEXO) in Centum City, Haeundae-gu until the show ends on Sunday, July 24. Locals would argue the biggest star of the show is not the i7, but rather the Hyundai Ioniq 6 electric sedan. The BMW i4 rival is making its global premiere at the show where Hyundai’s luxury division Genesis has brought the GV60, GV70, and GV80 SUVs.

Following what seemed like an endless string of cancellations, the first major international auto show is scheduled for the middle of October when the Paris Motor Show takes place. It remains to be seen whether BMW will have some fresh metal up on display in The City of Light.