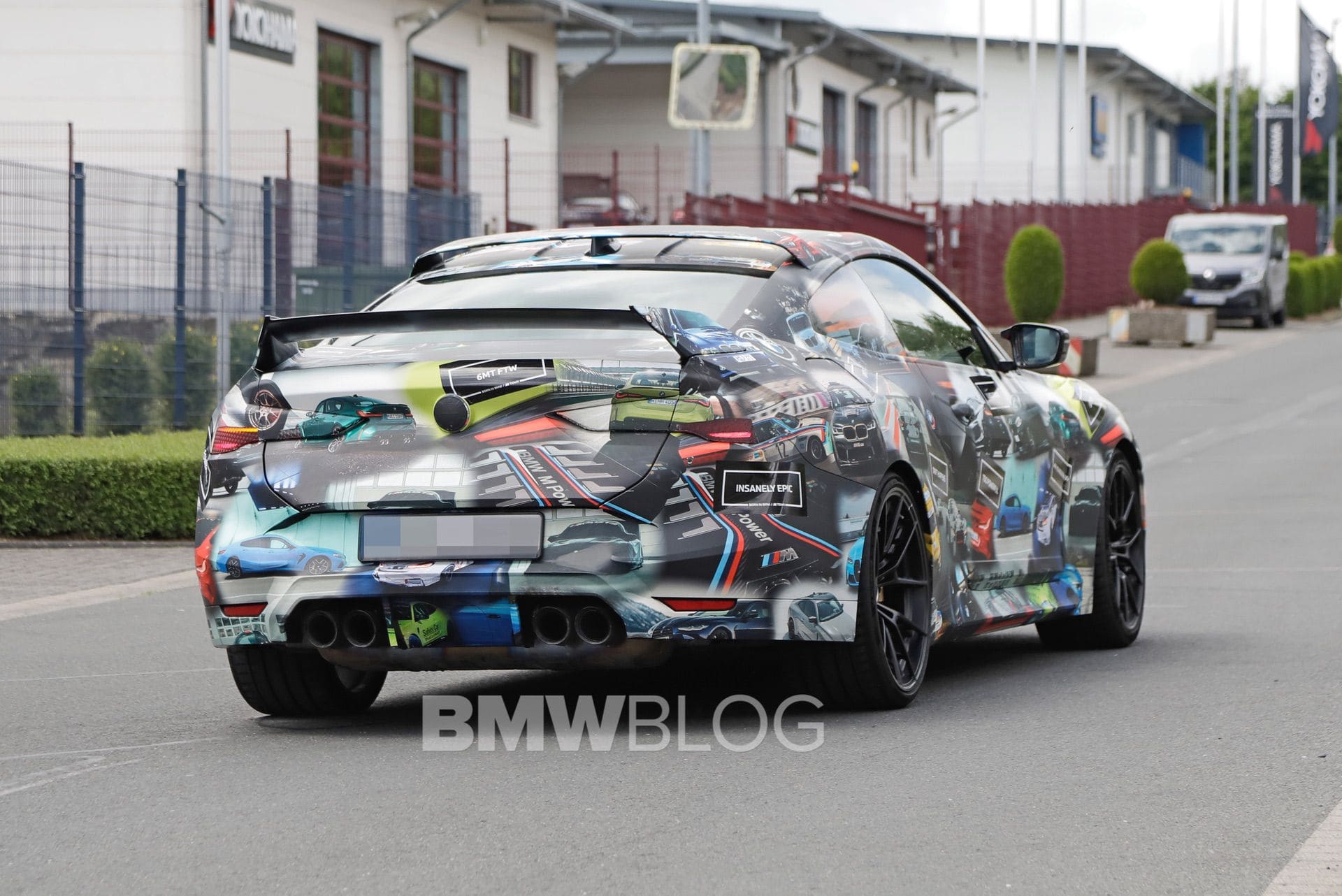 The upcoming BMW 3.0 CSL is going to be an incredibly unique car in the brand’s history. Never before has BMW intentionally made such a low-volume, high-cost, bespoke-bodied vehicle before, so it will be interesting to see what the public reception is like when it finally debuts. Until then, though, all we have are some spy photos to go by and these new ones show off the upcoming 3.0 CSL at the Nürburgring.

Despite the BMW M history camouflages, it’s pretty easy to see what the BMW 3.0 CSL will look like. It’s clear that the BMW M4 is its foundation, as you can see the same basic silhouette, but it is actually quite a bit different looking. For starters, I have to point out the grille. It’s the same grille as the 3.0 CSL Hommage concept and it looks indescribably better than the current M4’s grille. It’s small-ish, upright, and relatively narrow, by modern standards. It’s the grille BMW should have used on the M3 and M4 from the beginning.

Out back, it also gets a massive fixed rear wing, similar to the one found on the original 3.0 CSL and taillights that are different from those found on the standard M4. While its basic shape is borrowed from the M4, the 3.0 CSL does look like something special.

Under the hood, the BMW 3.0 CSL will pack an upgraded version of the M4’s twin-turbocharged 3.0-liter inline-six, packing around 560 horsepower. What’s more interesting than that, though, is its transmission. The 3.0 CSL will be available exclusively with a manual transmission. In a world where almost all special edition performance cars are automatic-only, the 3.0 CSL’s six-speed ‘box unique. What’s interesting is that, on a standard M4, you have to get the base car to get a manual. If you upgrade to the Competition version, for its added power, you can only get an automatic.

I’m hoping that means BMW tuned the manual specifically to handle the extra power and actually put a bit of time and money into it. The standard M3/M4 manual isn’t very good and if BMW gives the same half-assed effort on a car that costs three-quarters of a million dollars, customers are gonna be upset.