Our own Nico DeMattia recently spent about a week with the 2022 BMW 230i Coupe. During that time, he had the chance to know the 230i from inside-out, and came away happier with the little four-cylinder version of the 2 Series. He also went on to compare the 230i Coupe with its more powerful brother M240i. In this video review, we learn why the 2022 BMW 230i Coupe brings BMW back to basics. Or at least as much as possible.

The 2022 BMW 230i Coupe is the entry-level 2 Series in the United States, packing a 2.0 liter turbocharged four-cylinder engine. It makes a healthy 255 horsepower and 295 lb-ft of torque which is plenty for the little 2 Series. It packs nowhere near the grunt of the M240i’s B58 turbocharged straight-six, nor does it make anywhere near as good a noise, but the little four-pot “B48” is a little firecracker of a motor. All of its power is in the low-to-mid rev-range, which makes it super accessible, and it’s paired–as always–perfectly with the eight-speed ZF automatic. 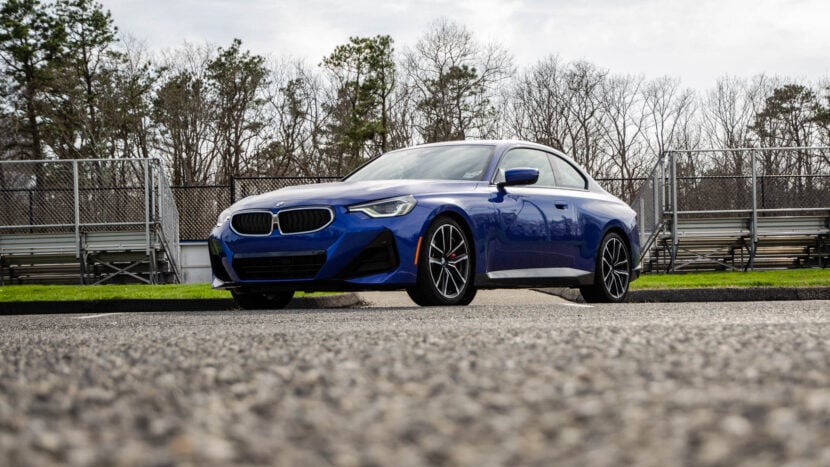 Without giving away the full review, Nico says that in many ways, the BMW 230i is actually more enjoyable to drive than the M240i. For starters, its steering just feels that little bit better, uncorrupted by the extra weight of a six-cylinder engine and xDrive’s front driveshafts. There’s a lightness to the front end that feels more playful and more engaging than it does in the M240i. Admittedly, it isn’t dripping with feedback, nor does it have any at all for that matter, but the front end feels eager to turn in and understeer is kept to a minimum. The rear-drive layout also makes it feel more naturally, even through slow corners.

At the end of the video, he gives the final verdict: 230i Coupe or M240i. Which one should you buy? Let’s find out!