One of the first BMW M240i xDrive coupes to reach the UK has already been modified both in terms of appearance and sound. Finished in Thundernight Metallic, the compact sports car has been fully wrapped in a lovely teal color that extends onto the door jambs as well. Without knowing, it would be quite hard to tell it’s a wrap rather than the actual color.

The glossy black roof contrasts the main hue while complementing the air intakes, kidney grille, and side mirror caps. You’ll notice the custom front splitter and side skirts are also finished in black, while the custom wheels come painted in a bronze shade borrowed from Lamborghini. At the back, we’re surprised to see the trunk lid spoiler has been removed as the tuner wanted a more CSL-like appearance. 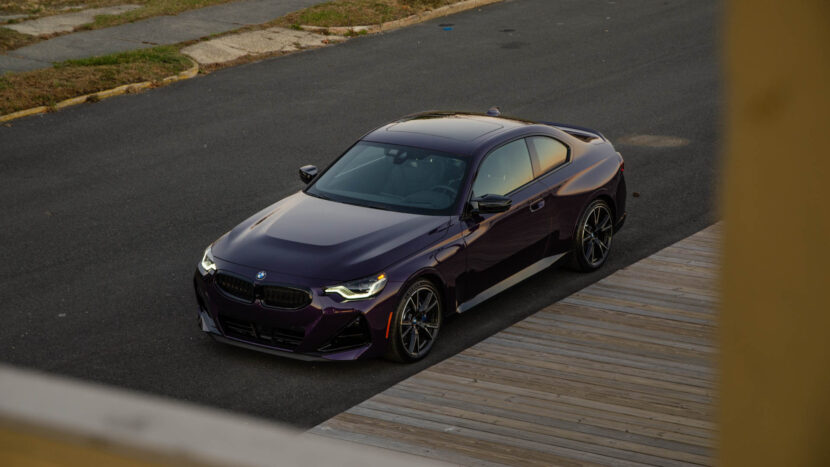 Gone are the dual exhaust tips of the standard M240i as they’ve made way for a menacing quad system with carbon fiber finishers. The fully customized exhaust with no gasoline particulate filter (OPF) has a straight-through layout to make the B58 sound louder without being obnoxious. The impressively deep note suits the car quite nicely and we’d argue your neighbors won’t have a (big) problem with it early in the morning.

All the mods have been done by British tuner R44 Performance and they’re working on a full body kit for the little performance coupe. The M240i just arrived in the UK and the tuning shop says it hasn’t had much time to tinker with the car, especially since it’s busy with customer cars. A louder version of the exhaust is in the works, but honestly, we’d have it just the way it is now.

In the meantime, BMW just announced the rear-wheel-drive M240i will be going into production this summer for those who don’t need xDrive and will happily pay less to get behind the wheel of the tail-happy model.