Back in March, many of us were taken by surprise when the BMW 2 Series Coupe received only four stars in Euro NCAP’s crash test. It’s déjà vu as the i4 also misses out on the full five-star rating in the latest round of evaluations conducted by the European New Car Assessment Programme. The purely electric gran coupe was crash-tested in both rear- and all-wheel drive specifications, namely the eDrive40 and M50 models shown here in white and black, respectively.

Euro NCAP explains that because the i4 has a similar sensor setup as the 3 Series it tested back in 2019, it “missed out on some critical crash avoidance points.” However, we’d like to point out that the 4 Series Coupe and Convertible got five stars last year. Accessible from the link at the bottom, the datasheet shows the EV received only a 64% rating in Safety Assist. In the Vulnerable Road Users category, it earned 71%, while protection for adults and children was measured at 87%. A closer look at the document released today shows the cars lacked center, knee, and side pelvis airbags. 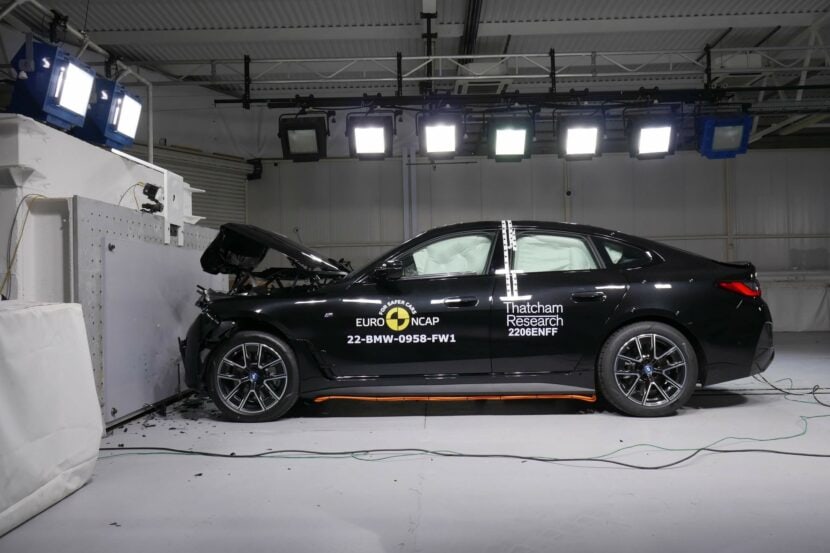 As for the video attached at the top, it shows the BMW i4 being subjected to a frontal impact test at 50 mph (31 mph) by smashing into a deformable barrier that was traveling at the same speed. Another crash test involves colliding with a rigid barrier. The evaluations continue with a side mobile barrier hitting the vehicle at 60 km/h (37 mph) before a side pole test pushing the vehicle toward the metal bar at 32 km/h (20 mph).

Euro NCAP also assesses how vulnerable are pedestrians by simulating a head impact at 40 km/h (25 mph). Similar tests are done for upper and lower leg impacts as well as to determine how quickly the automatic emergency braking (AEB) reacts to a pedestrian and a bicyclist.

Safety Assist seemed to be the Achilles’ heel for the BMW i4 given the 64% rating. The tests involved testing the AEB with the car in front as well as evaluating the accuracy of the lane-keeping assist system.

In the latest round of crash tests, Euro NCAP gave the Alfa Romeo Tonale, Kia Sportage, Cupra Born, and the Mercedes T-Class / Citan Tourer the maximum five-star rating. Much like the BMW i4, the Toyota Aygo X supermini went home with only four stars. 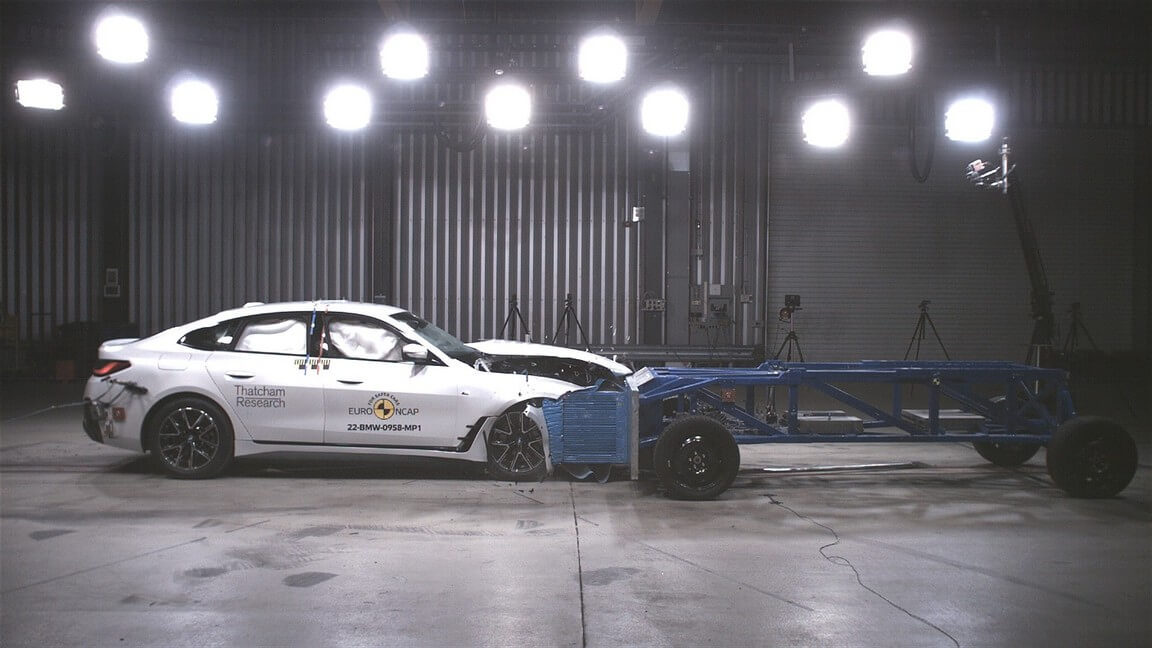 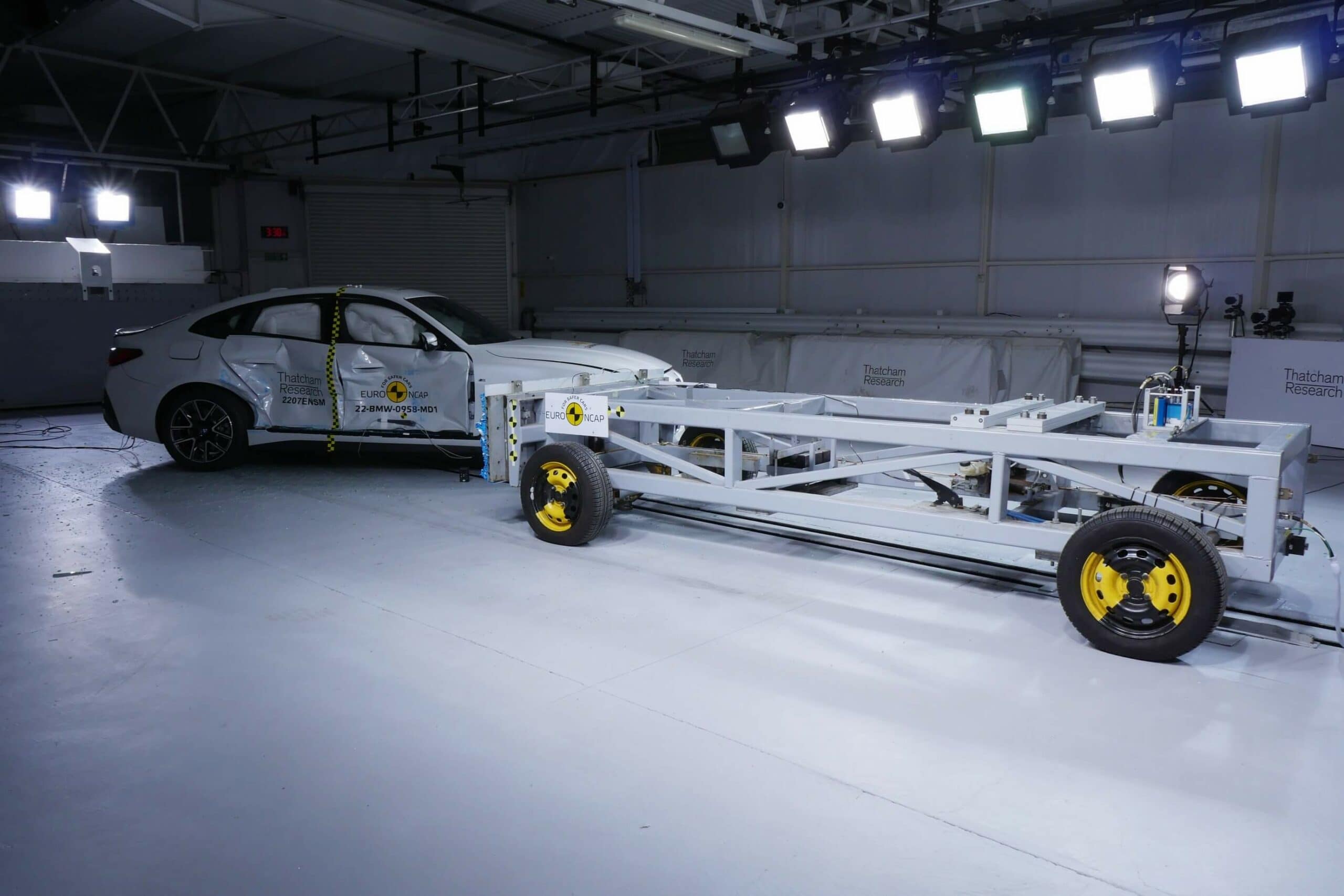 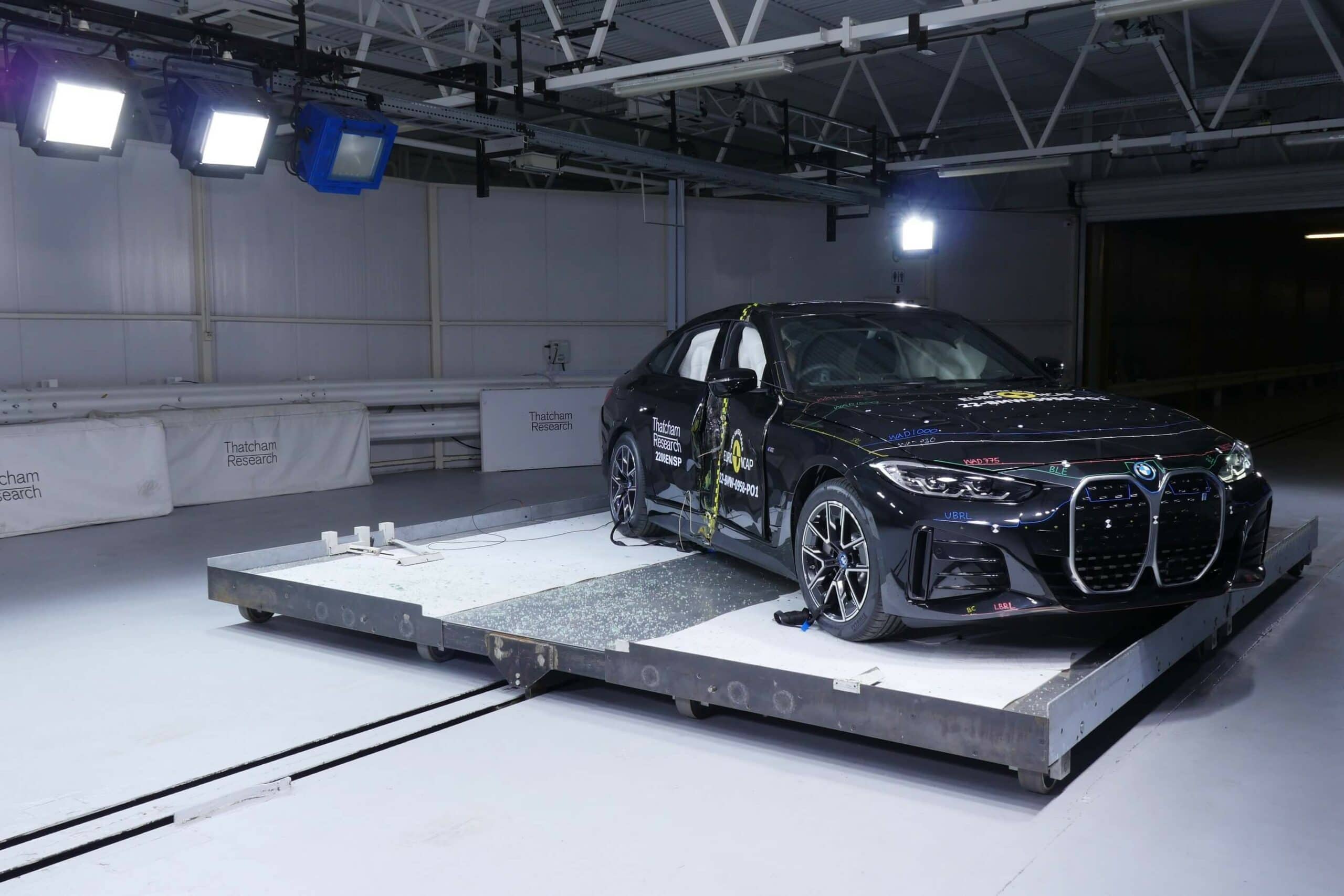 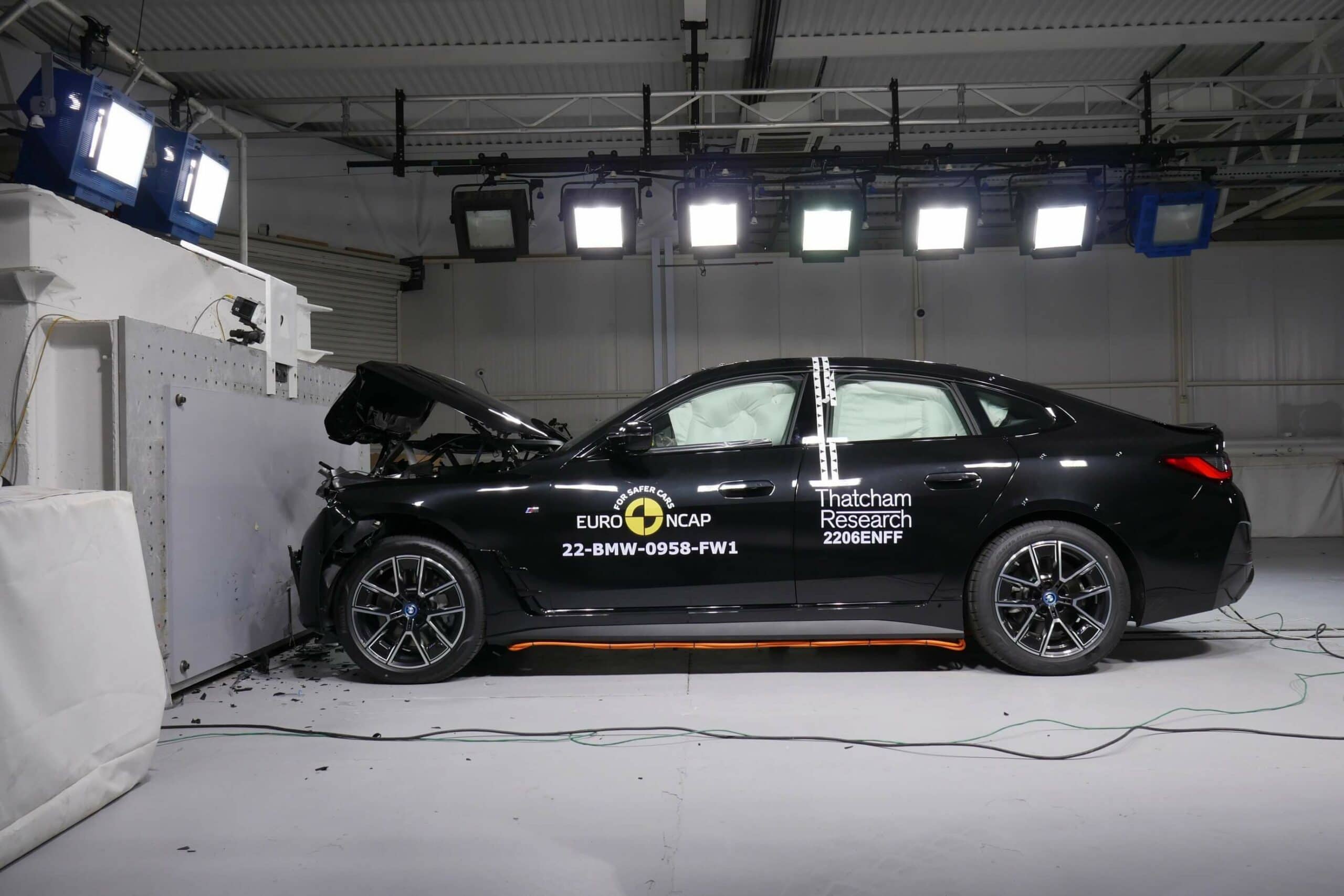 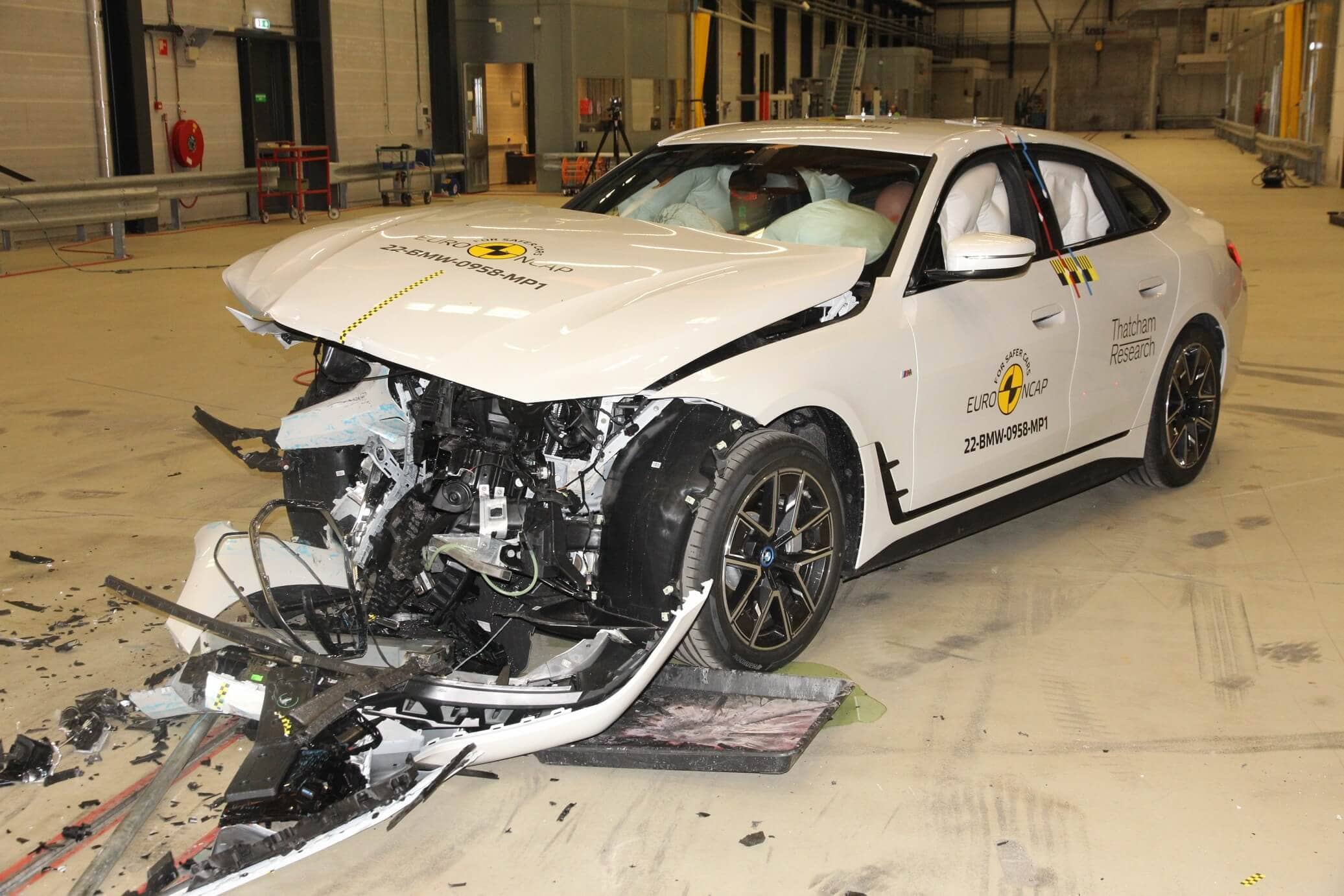