BMW is hard at work preparing the Neue Klasse for a lineup of dedicated EVs, kicking off with a 3 Series-sized model coming in 2025. Unlike today’s long-wheelbase i3 Sedan sold exclusively in China, the new model will be available around the world. Not only that, but we’re also hearing an i3 Touring will follow suit in the latter half of the decade. Until then, one question arises – should the German luxury brand first give the similarly sized i4 electric gran coupe the long roof treatment?

Independent artist SRK Designs is sharing his vision of an i4 Touring in M Performance guise. The purely hypothetical electric wagon would be the “greener” alternative to the M3 Touring we saw last month at the Goodwood Festival of Speed. It has the ingredients for an ideal all-rounder with zero emissions, with the extra practicality after switching from a liftback to an estate body style. 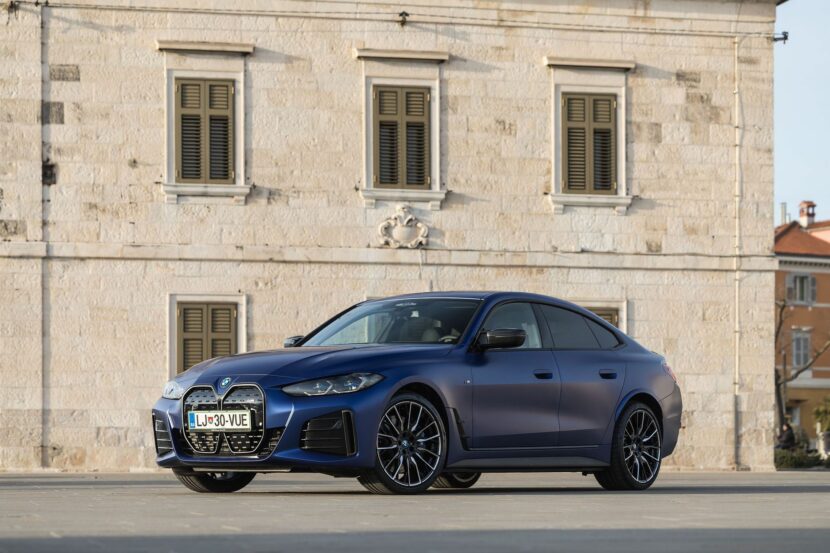 The automotive world could certainly use more electric wagons since this is still very much a rarified segment. Yes, the much more expensive Porsche Taycan Cross / Sport Turismo is available, while at the end of the spectrum we find the mainstream MG 5. There needs to be something between the two models for those who are ready to move away from internal combustion engines.

An i4 Touring is unlikely to happen but the rendering gives us hope the eventual i3-badged estate will have the ingredients to serve as all the car you’ll ever need. That’s especially true if BMW is planning at least an M Performance version, although we certainly wouldn’t mind seeing a fully fledged i3 M Touring further down the line.

Many people out there – including yours truly – would happily buy it over an iX3. It would seem BMW won’t be abandoning wagon fans as a larger i5 Touring could arrive before the middle of the decade. On the ICE side, there are rumors of an M5 wagon, so rest assured the Bavarians want to have this segment well-covered.