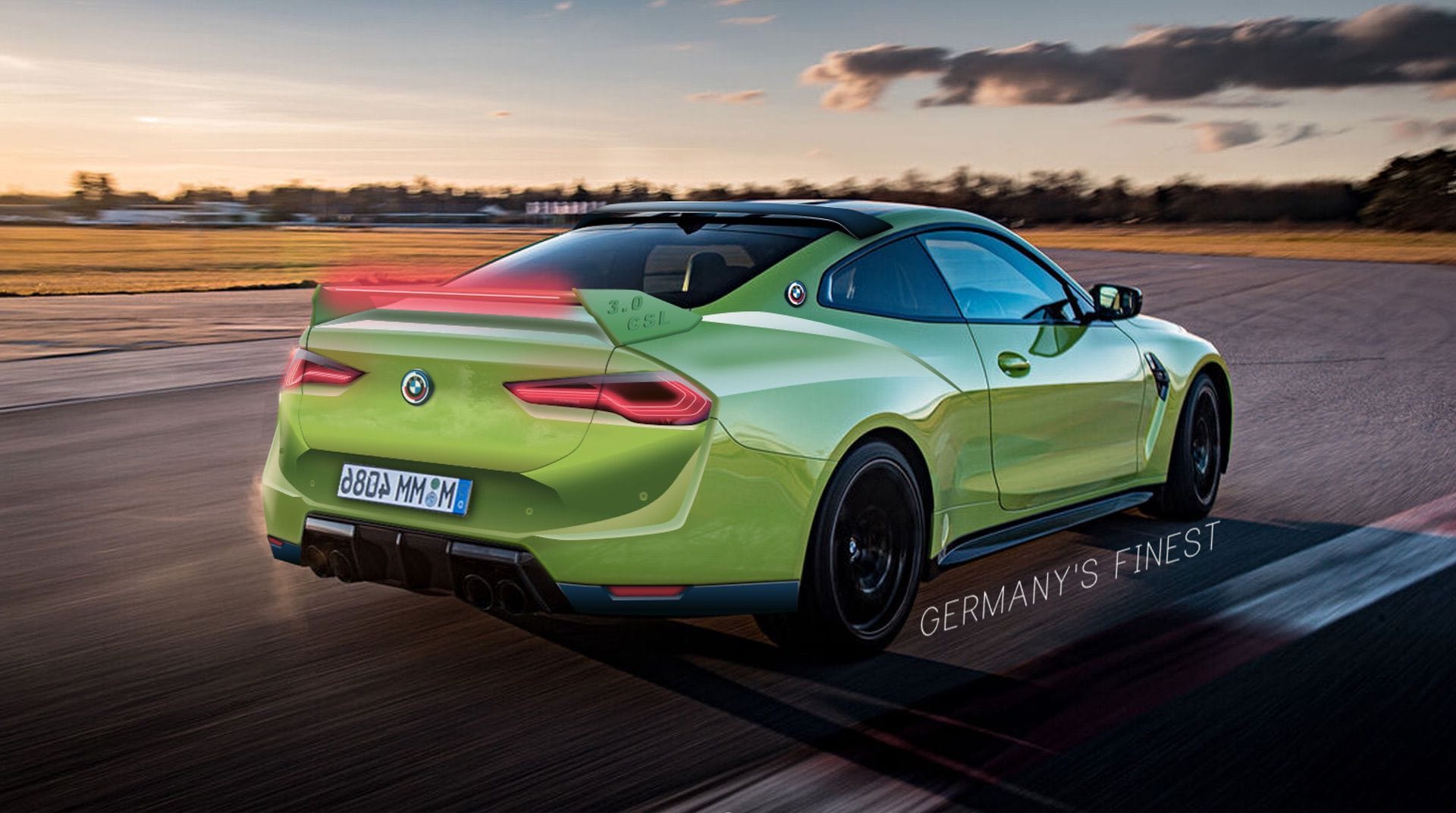 BMW M has finally acknowledged what we’ve known since 2021. The Motorsport brand is getting ready to launch a successor of the iconic 3.0 CSL. The new BMW 3.0 CSL will be unveiled this fall with deliveries starting shortly. While the new 3.0 CSL will not come to the United States, mostly because of homologation reasons, it will be available in several markets, including Germany.

The reborn BMW 3.0 CSL is rumored to go on sale for around 750,000 euros, even though that price has gone through several iterations over the last few months. In this new rendering, we get to see what the rear-end of the car might look like. As we’ve seen in the teaser images, the BMW 3.0 CSL comes with a large wing and roof spoiler. It will also feature a unique taillight design, along with a coachbuilt body.

The manual- and RWD-only 3.0 CSL will feature a retro-flavored coachbuilt body, possibly taking inspiration from the 3.0 CSL and 3.0 CSL Hommage R concepts from a few years ago.As it’s usually the case with coachbuilt projects, production will be extremely limited. We’ve heard through the grapevine only 50 cars will ever be made.

According to our sources, the modern BMW 3.0 CSL will be based on the M4 CSL but with a few important changes. For starters, it’s using a six-speed manual gearbox while retaining the rear-wheel-drive configuration. The skilled folks from BMW M are believed to be dialing the inline-six engine to somewhere in the region of 560 horsepower. There’s no word about the engine’s torque just yet, but we’ll remind you the S58 generates 650 Nm (479 lb-ft) between 2,750 and 5,950 rpm in the M4 CSL.

This new BMW 3,0 CSL is not only the most expensive production series BMW ever made, but it will be one of the most exciting cars to arrive from Munich in a long time. [Render by instagram.com/germanysfinest43]