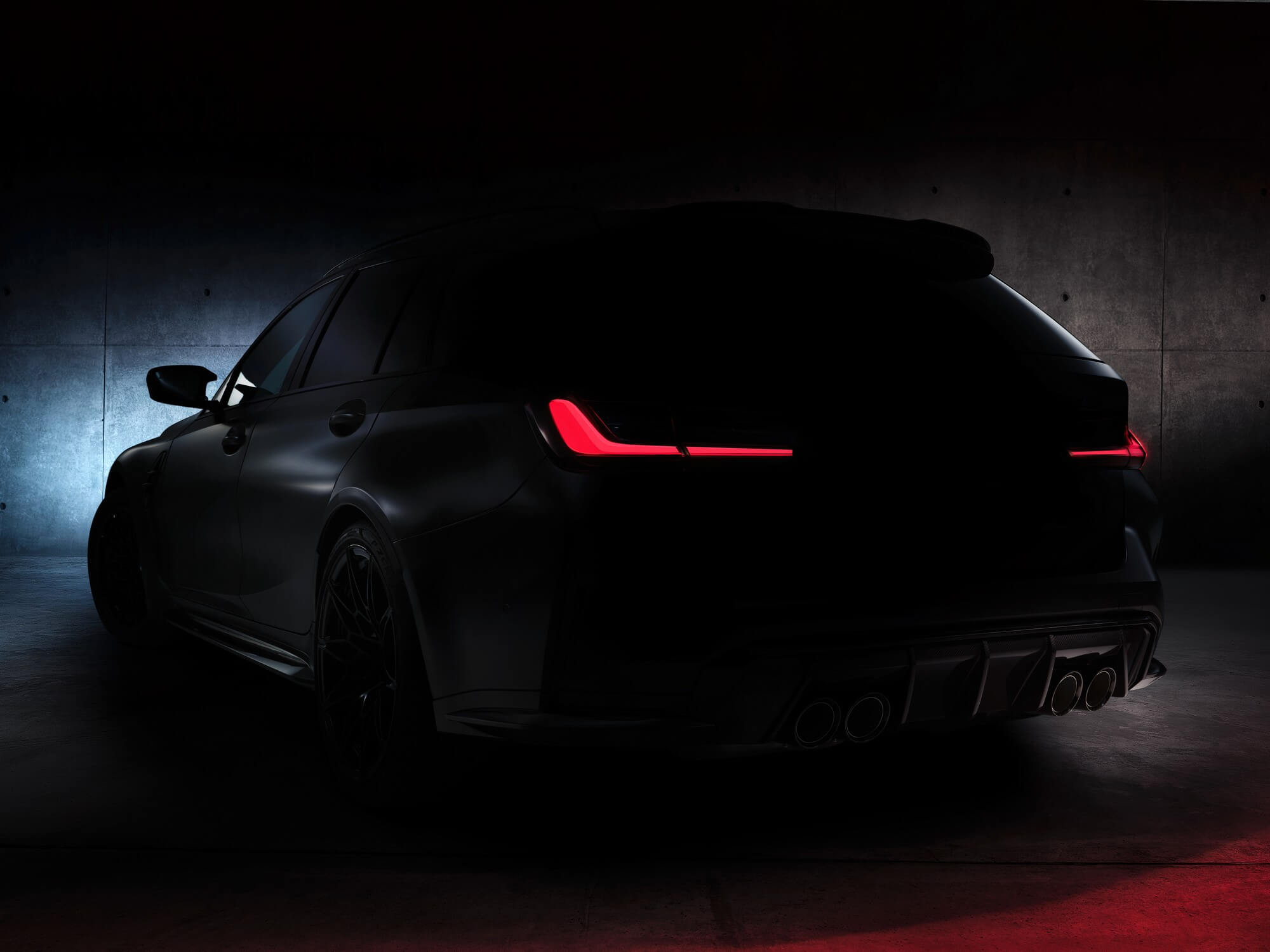 Someone who doesn’t like to play by the rules decided to upload images of the M3 Touring G81 days before its official debut. Arriving later this month at the Goodwood Festival of Speed, the first-ever M3 wagon has emerged on Instagram in all of its long-roof glory. Painted in what appears to be Individual Frozen Black, the speedy family car retains the headlight design of the M3 Sedan rather than switching to the new look of the 3 Series LCI.

The “Competition” badge at the back confirms what we’ve been saying all along – the AMG C63 Estate rival will be sold only in the hotter version, which brings along with it the automatic transmission. A forbidden fruit in the United States due to high homologation costs, the M3 Touring will be offered exclusively as an xDrive model.

Oddly enough, the sinister wagon shown here lacks the vintage BMW Motorsport emblem. It’s available for all M Sport and M cars built from March 2022 and it would’ve made sense to see it on the M3 Touring. That’s not to say the images are not legit as everything else about the car seems to fall in line with what we know about the car.

BMW has already shown the 2023 M3 Sedan with the iDrive 8 so it doesn’t come as a surprise its wagon sibling is also getting the side-by-side screen setup. On the left, there’s a fully digital 12.3-inch instrument cluster joined by a larger 14.9-inch touchscreen to mirror the lesser versions of the 3 Series LCI.

While some of the newer BMW cars have switched to a much smaller rocker switch for the transmission, the M3 Touring will have the big lever. This all-black example appears to have the optional carbon bucket seats and the simplified center console now that the center screen has swallowed most of the functions. Will this leak prevent BMW M from releasing more teasers? Unlikely, so prepare for more official previews until next week’s big debut.