Rarely BMWs have gone through so drastic changes from one generation to another, but the G70 truly is a vast departure from its predecessor. Featured here is one of the more interesting versions of the fullsize posh sedan, a performance-oriented PHEV with a two-tone exterior. The fully loaded cabin would make a Rolls-Royce owner jealous as the latest 7 Series raises the bar in the luxury segment.

You can tell it’s a pre-production prototype by the unfinished software as the iDrive 8 shows an image of the BMW X3 at one point in the video. Nevertheless, the fit and finish seem to be top-notch to give the Mercedes S-Class and Audi A8 some serious competition. As evidenced here on the revamped 7er, BMW wants to show there are other materials out there aside from leather to make a sophisticated cabin. 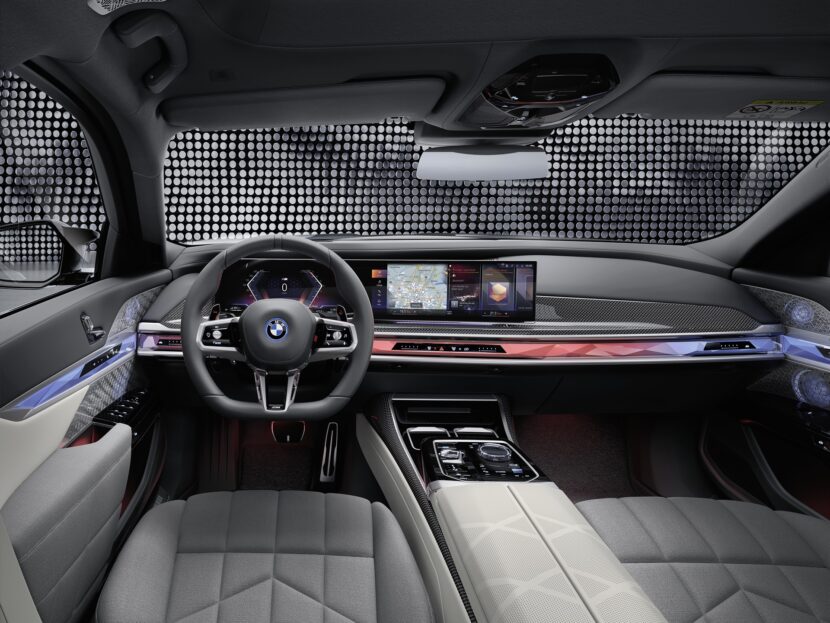 The seventh 7 now comes exclusively in one size and is longer than the previous-generation Li/Ld. The sheer size of the rear doors lets everyone know the stately sedan has Rolls-Royce levels of rear legroom in a screen-heavy cabin. With touch surfaces in the door cards and a massive display attached to the headliner, the G70 waves goodbye to most conventional buttons and switches as nearly everything is now controlled from the screens.

This nine-minute video allows us to get acquainted with the 7er and its numerous gadgets, quad exhausts, and swanky interior. Say what you will about how BMW has transformed its flagship, but few automakers are courageous enough to radically overhaul their top-tier models.