2022 BMW X3 Undergoes The Moose Test, See How It Fares

SUVs generally don’t impress in a moose test because of their higher center of gravity, but the BMW X3 LCI featured here performed more than decently while tackling the evasive maneuver. The model in question is an xDrive20d with the optional M Sport Package, meaning it sits slightly lower to the ground thanks to a stiffer suspension setup. The luxury crossover also happens to have the larger 20-inch wheels with 245-mm front and 275-mm rear Pirelli P Zero tires.

The first attempt took place at an entry speed of 77 km/h (48 mph) without the driver being fully acquainted with the X3 yet. While it did hit a cone at the beginning of the moose test, the posh SUV managed to impress overall. Not only that, the second run was done with a significantly higher entry speed of 81 km/h (50 mph) and without slamming into any cones. The end of the test was much smoother, without the small jump experienced in the initial run. 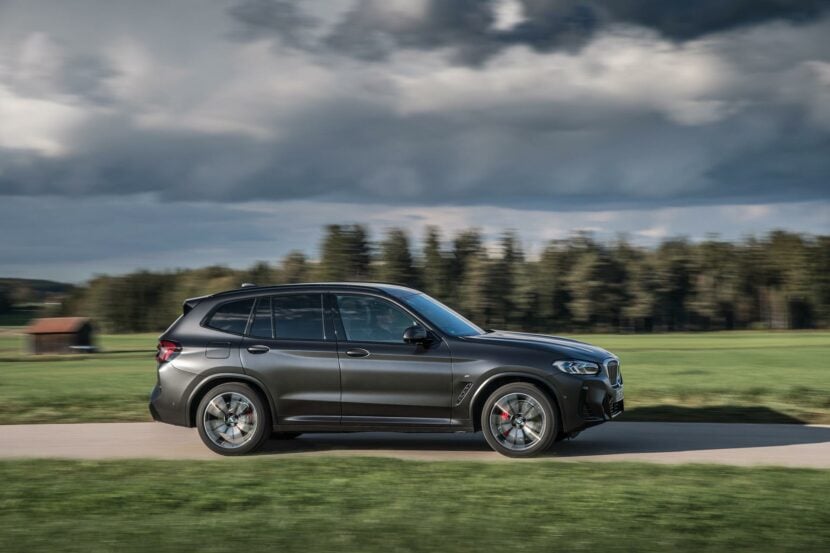 Subsequent moose tests had less impressive outcomes, but the X3 did fare better in the slalom teste that followed by making it into the top 5. It completed the run in 24.5 seconds, making it three-tenths of a second quicker than the fully electric iX. It’s worth pointing out that of all the cars tested by Spanish magazine km77, the MINI Countryman SE was the fastest, in just 23.3 seconds.

At the end of the day, crossovers and SUVs with their tall roofs will never be as nimble as a sedan, let alone a low-slung coupe. However, some of the downsides associated with the body style can be partially negated by using clever suspension tech and sharp handling. Of course, the driver’s reaction is equally important, and in a real-life scenario, their reflexes can make the difference between life and death. Thankfully, only cones were injured during the making of this video.