Although BMW doesn’t make all X models in South Carolina, the factory in Spartanburg is regarded as the home of the X. Operational since 1994, the North American plant is where the X3 through X7 models come to life, complete with M versions for all but the largest SUV. It produces more than 1,500 vehicles per day on two shifts, and 60% of the output is exported to 120 countries from all over the world.

To celebrate an important milestone, BMW USA asked its employees at the Spartanburg factory to read a message. Plot twist – the text was in German. The video comes to mark an impressive achievement as nearly two million vehicles have been assembled in SC over the last five years. It goes to show how sales of SUVs have exploded, with no signs of stopping down. 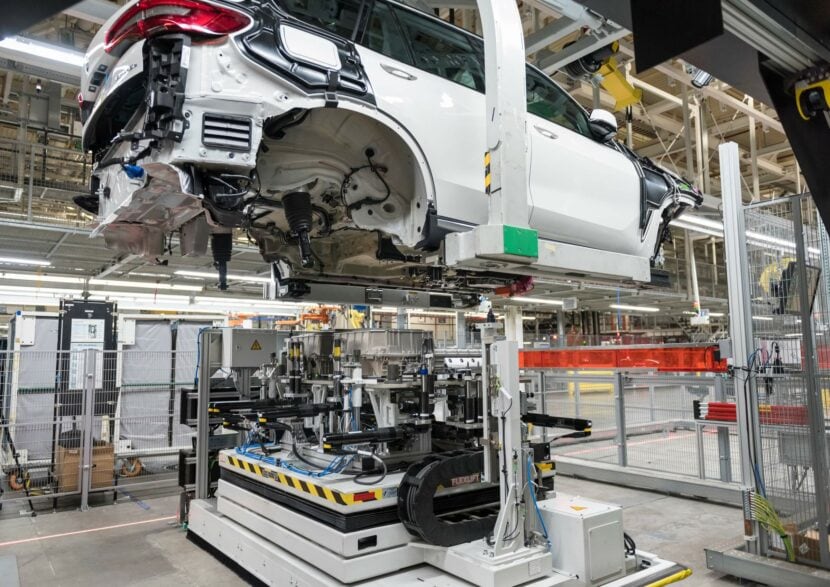 2021 was an all-time record in terms of production, with no fewer than 433,810 vehicles rolling off the assembly line. These hard-working employees were asked to take a small break and deliver a message about the important production milestone. As you can see, the German translator had her work cut out for her as the factory employees had a tough time reading the message.

The largest exporter by value in the United States for eight years in a row, the Spartanburg factory is approaching its maximum annual production capacity of 450,000 units. In the last 30 years, BMW has invested nearly $12 billion in its South Carolina operations. The latest upgrade was announced in early March, with $200 million going into a new press shop that will create more than 200 jobs.

Speaking of the workforce, the factory employs more than 11,000 people and is preparing to welcome in another X model, the XM. The plug-in hybrid SUV will enter series production by the end of the year as the first dedicated M car since the mid-engined M1.