You’ve probably seen your fair share of drag races that had an obvious winner right from the start. Just by looking at their technical specifications, you knew which car would win, but you still watched them duke it out anyway. Such is the case here where the old saying “there is no replacement for displacement” is valid and yet we were curious to discover the outcome. The six-cylinder BMW M240i xDrive was pitted against a couple of four-bangers, namely the Volkswagen Golf R and Honda Civic Type R.

The VW had a better chance of keeping up the pace with the BMW thanks to its 4Motion all-wheel drive whereas the Honda was handicapped right from the start due to its FWD setup. The fact it had a manual gearbox only made it worse as the CTR couldn’t launch as fast compared to the two auto-equipped contenders in a drag race orchestrated by Carwow. 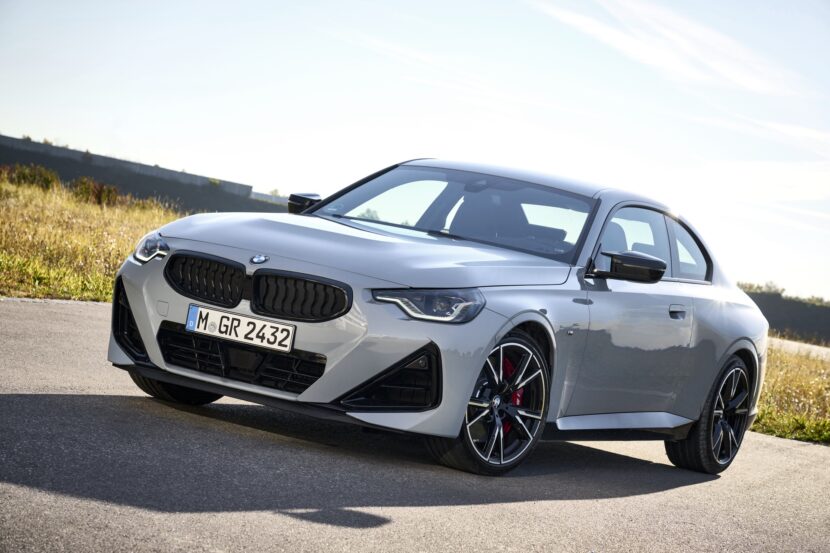 Courtesy of a bigger 3.0-liter inline-six engine, the M Performance version of the new 2 Series Coupe had the advantage both in terms of horsepower and torque. However, it was also the heaviest of the three by a significant margin. Despite its extra bulk, the M240i was significantly quicker off the line and it continued to widen the gap until the Golf R while the CTR had to settle for third place.

The initial drag race was done with the Honda’s traction control off, which turned out to be an uninspired decision as the wheels kept spinning. With the electronic trickery active, the CTR’s launch was better, but not enough to keep up with the two AWD machines. The coupe did the quarter mile in 12.4 seconds while the hot hatches needed 12.7s and 14.2s, respectively.

With traction no longer being an issue, the Japanese compact hatch fared better in the rolling race from 50 mph (80 km/h). In fact, it actually managed to beat the Golf R, but it was another comfortable win for the M240i. The rolling race was repeated, but with all the sportiest settings turned on. The Honda lost, but there wasn’t much between it and the VW. Again, the BMW crossed the finish line first.

The unwritten rule about the lightest car winning a brake test was valid here as the Civic Type R needed the shortest distance to come to a full stop from 100 mph (161 km/h). As for the other two, the M240i and Golf R were virtually tied.