2023 BMW M750e Gets The Walkaround Treatment In New Video

Home » 2023 BMW M750e Gets The Walkaround Treatment In New Video

When BMW unveiled the 7 Series G70 last month, one of the most interesting versions was the M760e. The first M Performance model to feature a plug-in hybrid offers a combined output of 571 horsepower (420 kilowatts) and 800 Newton-meters (590 pound-feet) of torque. It’s scheduled to go on sale next spring and will have an electric motor delivering a temporary 40 hp (30 kW).

The car shown here was filmed at Bavaria Motors Katowice, a BMW dealer in Poland. That said, our research shows the M750e will be available in other markets as well. With the battery fully charged, the base M Performance hybrid will cover as much as 55 miles (89 kilometers) in the WLTP cycle or the same as the M760e. 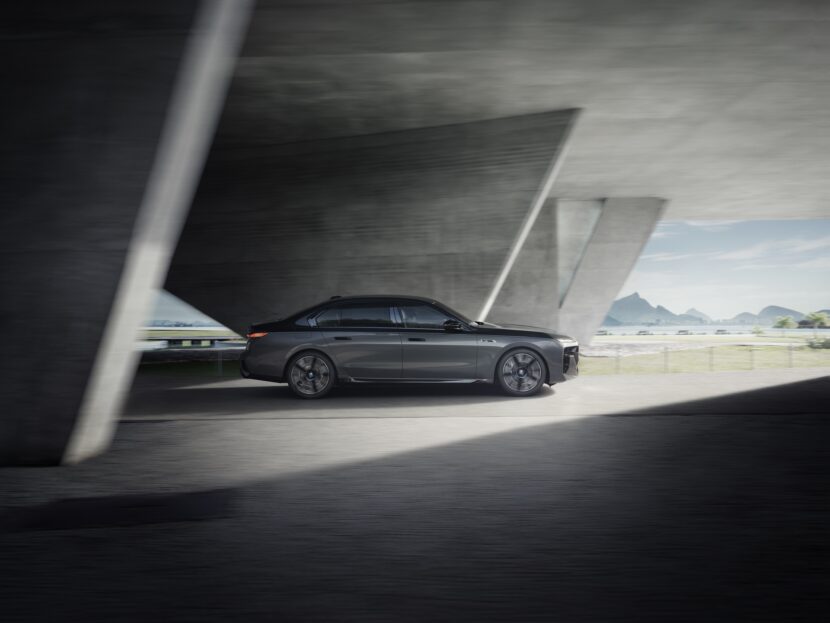 Being an M Performance version, it gets the same quad exhaust system as the M760e. As you have probably heard by now, BMW will be gradually switching to four tips for all M Performance cars, kicking off with the next-generation X1 in the M35i specification due in the near future. Save for the different badge, the M750e has the same two-tone finish for the body and wheels as the more powerful PHEV variant shown in the official images in April.

The 7 Series / i7 has a striking exterior design and a cabin that wouldn’t look out of place in a concept car. Having been stretched even further compared to the previous-generation, long-wheelbase model, the G70 has an even more dominating presence. This car’s predominantly black look makes the huge grille less obvious, which many will argue it’s for the better.

BMW will have the new flagship on sale from November, but some versions will arrive in 2023. One of them will be the absolute range topper, the i7 M70 with 660 horsepower.