It is yesterday’s news the fact Land Rover has borrowed the N63 engine from BMW to propel the new Range Rover. It makes 523 horsepower in the British luxury SUV, but those looking for more punch can look forward to the upcoming Range Rover Sport. Specifically, the flagship SVR version as it’s widely believed it will inherit the S63 engine.

Before its official debut, the next Range Rover Sport SVR has been spied attacking the Nürburgring while making wonderful V8 music. It might just have the twin-turbo 4.4-liter V8 engine, which would come to replace Land Rover’s own supercharged 5.0-liter V8. Why the switch? Because stricter Euro 7 emissions regulations are coming and the old engine isn’t clean enough to meet the tougher laws. 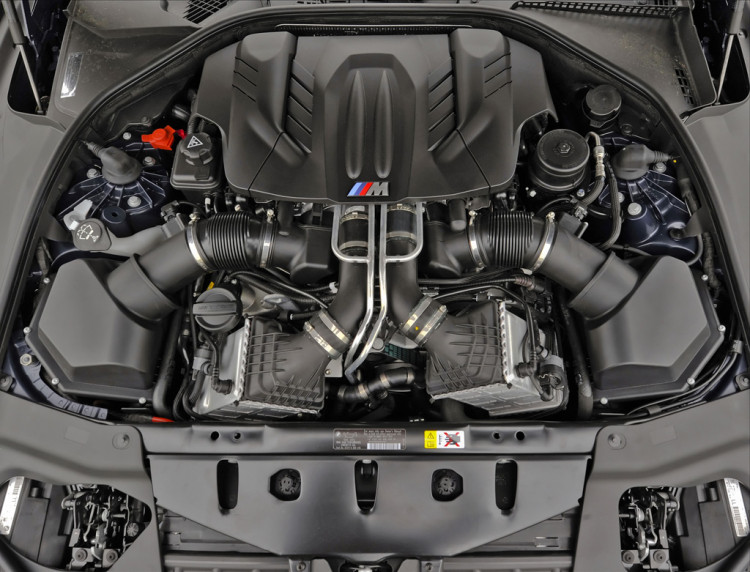 The camouflaged prototype seems properly fast for such a large and heavy SUV as it tackles the numerous corners of the Green Hell. It’ll do battle with BMW’s own X5 M, which pushes out a meaty 617 horsepower in the Competition guise. It’s too soon to say whether the Bavarians will allow Land Rover to use the engine’s full potential.

Regardless, switching to the S63 will unlock extra horsepower compared to the old supercharged Range Rover Sport SVR. The previous model had to make do with “only” 567 hp while the new one could hit the 600-hp mark. The BMW engine can produce as much as 626 hp in the M5 CS, but reports state it’ll be capped to a more sensible 617 hp to echo the X5 M Competition.

The Range Rover Sport SVR Will Lose The Supercharged V8

It will be interesting to see whether the Concept XM’s plug-in hybrid V8 will eventually be adopted by Land Rover. In the meantime, the new Range Rover Sport and its SVR counterpart should debut before the end of 2022.