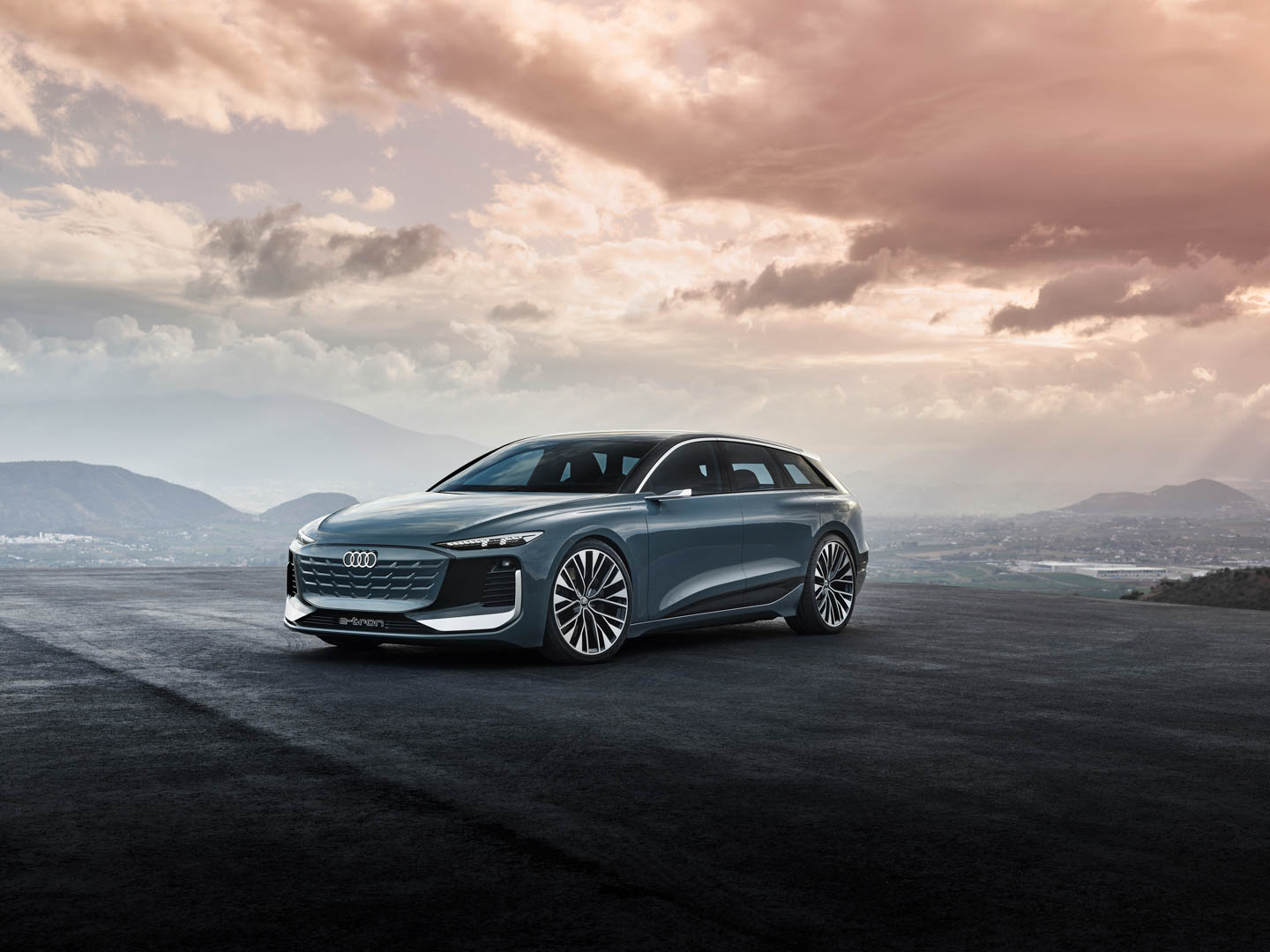 BMW has quite a few new electric vehicles in the works. There’s the BMW i7, the i5, and the iX1. All of which are either sedans or crossovers. However, there’s a suspicious lack of electric wagon models announced. Of course, it’s likely that BMW will develop electric wagons in the future, given that BMW has always had a strong portfolio of wagon models, even if they never come to the US. However, we’d very much like to see BMW release something like Audi has, with the all-new Audi A6 Avant e-tron Concept.

Of course, this is just a concept model but Audi has had an outstanding record with putting its cool concept cars into production as of late. Plus, an A6 e-tron sedan has already been confirmed, is on the way, and is said to look very much like its gorgeous concept. Most recent Audi e-tron concepts have made it to production looking about 95-percent similar, so I’m fairly confident the same will happen with this A6 Avant e-tron. 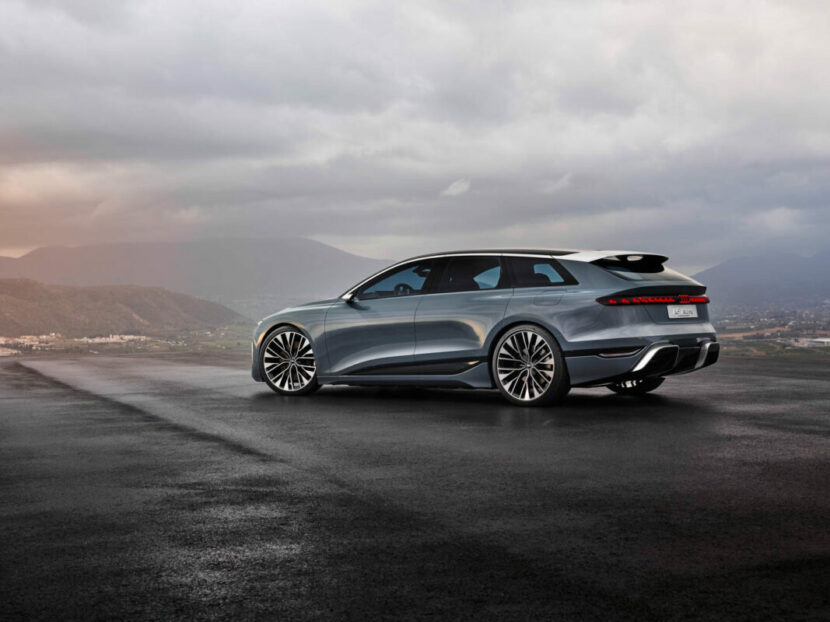 At least, I hope it happens with the Audi A6 Avant e-tron Concept because it’s gorgeous. In fact, it may be the best looking wagon I’ve ever seen. It’s low, sleek, subtly muscular, and ultra-modern. Every crease is sharp and crisp, every body line makes sense and goes somewhere, and there’s very little fuss. It’s a simple and elegant design that’s also somehow has a subdued aggression. I really don’t mean to pick on BMW design, because many of its cars drive so well that I forget about the looks (M3 Competition), but when you compare the BMW i4 to this Audi A6 e-tron, either the sedan or the Avant, it does make me a bit frustrated at BMW’s recent designs. 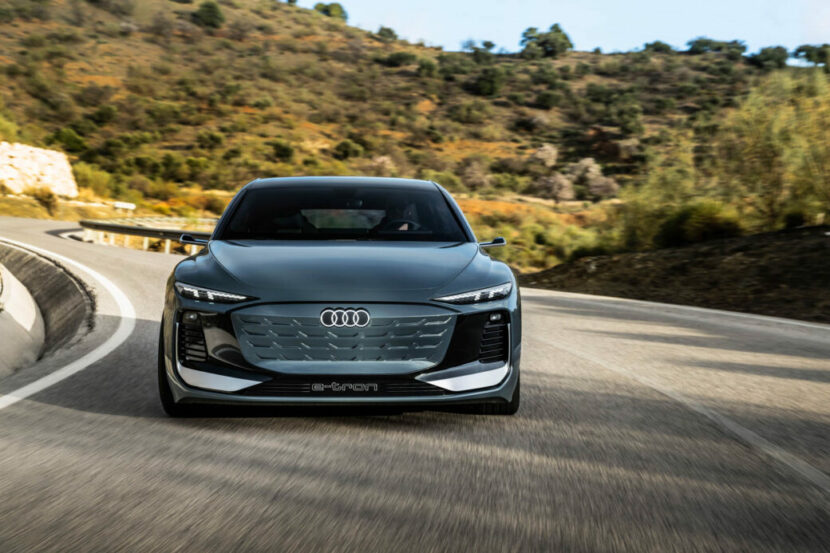 Under the skin, the Audi A6 Avant e-tron will pack some impressive specs as well. When it reaches production, it will get a 100 kWh battery pack, providing a max range of 700 kilometers (435 miles). Being built on Audi/Porsche’s new PPE bespoke electric architecture, it also gets 800-volt technology, allowing up to 270 kW charging. That battery will provide power to two electric motors, giving a higher-performance model (likely an S6 Avant e-tron) 496 horsepower (350 kW) and 590 lb-ft (800 Nm) of torque. And to think there may be an even more powerful RS6 version on top of that. 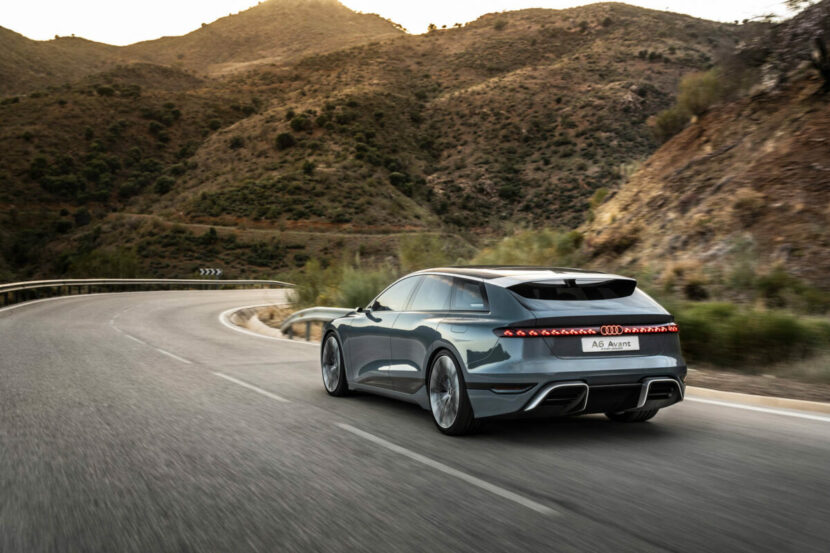 In BMW’s defense, there are rumors that an all-electric i5 Touring is in the works. Nothing has been confirmed just yet but it’s likely to come. When this new Audi A6 Avant e-tron debuts, BMW is going to need an i5 Touring in Europe. Europeans love wagons and if Audi can provide them with a luxurious, stylish, and all-electric one, BMW will miss out on many potentials sales without an i5 Touring.

One thing I think we can all be excited about is the potential for an upcoming all-electric, high-performance wagon shootout, between an almost inevitable Audi RS6 Avant e-tron, a BMW i5 M50 Touring, and any Mercedes model that may or may not debut.