About a month ago, BMW South Korea set up an unusual challenge for the iX by making the electric SUV climb a ski slope at the Vivaldi Park Ski World. For the latest publicity stunt, they took the more desirable M3 and M4 on a circuit and had quite a bit of fun. In case the track doesn’t look familiar, it’s located in Incheon at the BMW Driving Center.

It’s not just any M3, but a Fire Orange example fitted with quite a few M Performance bits. The most obvious is the center-mounted exhaust with stacked tips to make the rear just as controversial as the front. In addition, the sports sedan is a hotter Competition model with the look-at-me rear wing. The considerably less flashy M4 Coupe keeps following its four-door sibling before the two switch places.

As enjoyable as the 43-minute video is, some would argue it would’ve been even better without the music playing in the background. After all, the M3 and M4 have sonorous inline-six engines, so why cover the S58’s sound? It’s especially true considering the sedan’s optional exhaust as it would’ve been great to see it in action. 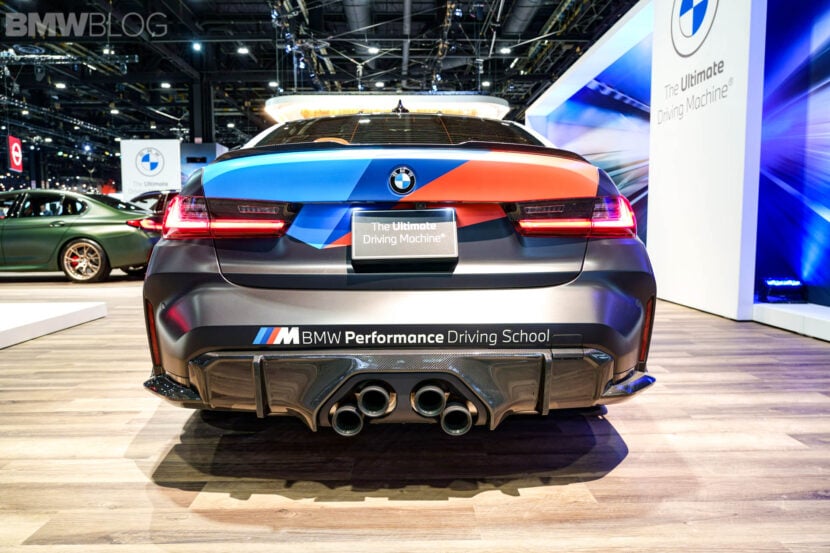 Not An Actual Race, But Exciting To See Nonetheless

It goes without saying this wasn’t a race per se, but the experienced drivers did push the two M cars. The BMW Driving Center in Incheon, South Korea has no fewer than eight tracks, including even an off-road course. It’s a great sport to learn how to properly drive not just a BMW, but also a MINI.

The M3 and M4 seem to be in their natural habitat even though they’re not track-focused cars. Those versions are coming as the M4 CSL will be revealed in May and both should get CS special editions in 2023. In addition, an M3 Touring will be out soon to nicely round off the portfolio. BMW will reportedly sell the long-roof model exclusively in Competition guise with xDrive and the automatic transmission.