How Many Banana Boxes Fit Inside The BMW iX?

Home » How Many Banana Boxes Fit Inside The BMW iX?

Unless you’re that guy from the math book with a weird fixation for bananas, this practicality test doesn’t seem too scientific. However, it’s a good way to quantify how much stuff you can fit inside a car. After squeezing in five banana boxes in the back of the BMW i4 M50, Bjørn Nyland has now repeated the procedure with the much larger iX.

The charismatic YouTuber was curious to find out what the stated 500-liter cargo volume of the BMW iX translates to in real life. That number isn’t particularly impressive for such a big vehicle as there are compact cars with a larger trunk. It’s a lot better once you fold down the rear seats, expanding the capacity to 1,750 liters.

With the rear seats in place, Bjørn Nyland crammed in a total of eight banana boxes. That’s actually one box fewer than the Volkswagen ID.4 and two fewer boxes compared to the Skoda Enyaq iV. The Tesla Model X managed to swallow 10 boxes in its rear trunk, plus one more at the front. Even the smaller Model Y stored 9+1. 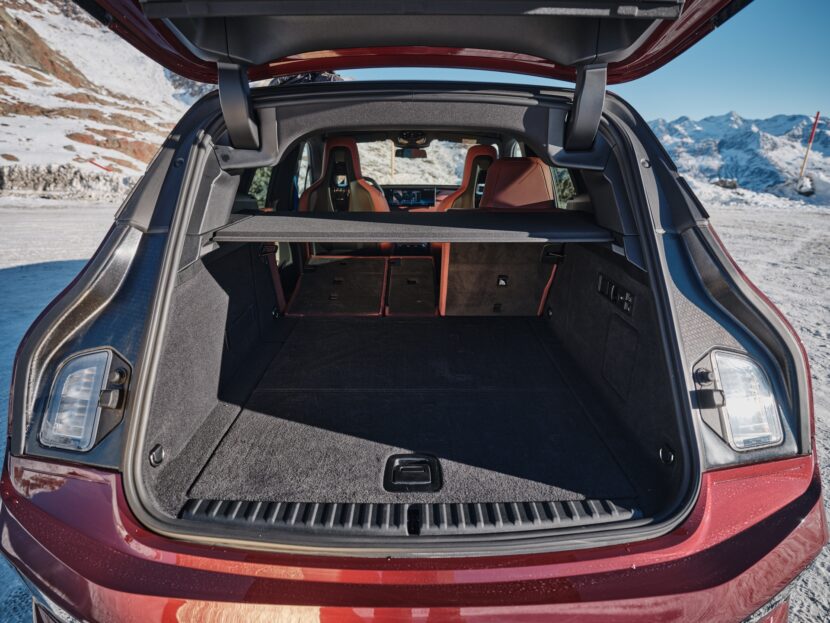 The relatively narrow opening took its toll on the BMW iX’s practicality as the edges of the tailgate eat into the available space. Despite the pretty deep underfloor storage, Bjørn Nyland wasn’t able to fit an additional box there. Rather surprisingly, the iX3 fared better in the test as it swallowed nine boxes.

It was considerably better with the rear bench folded as the YouTuber put 25 banana boxes behind the front seats. It tied the ID.4 and Enyaq, but still lagged behind the Model Y (26) and the Model X (28). The lesser-known Nio ES8 can store a whopping 32 boxes, while the Maxus Euniq 5, a boxy Chinese electric van, can fit 35 banana boxes.

Nevertheless, the BMW iX is still above average in terms of practicality among EVs and should fulfill most needs. Some would argue a front trunk would’ve been good to have and store smaller items, but it’s not available.