If you’ve been eager to see a drag race between some of the heaviest production cars on sale today, Carwow has got you covered. When the lightest vehicle tips the scales at 2,420 kilograms (5,335 pounds), you know it’s the battle of the heavyweights. Being the smallest EV of the lot, the Mercedes EQC is the more athletic, if we can call it that… At the other end of the spectrum, the Audi E-Tron S weighs 2,620 kg (5,776 lbs).

How can these luxobarges compensate (to some extent) for the bulk they’re carrying? By offering immense torque kicking in almost instantly thanks to electric motors. The SUV carrying the Four Rings has three of them, enabling a mountain-moving 970 Newton-meters (715 pound-feet). Even the weakest, the Tesla Model X, still boasts a more than generous 755 Nm (557 lb-ft).

To the surprise of no one, the Audi E-Tron S went off like a rocket and created quite a gap. We can see the BMW iX driven by Mat Watson gaining ground, but not enough to catch the tri-motor EV. The Model X had to settle for third place while the Mercedes EQC was dead last. With good reason, some would argue this was not a fair race considering the Tesla wasn’t the Performance version. 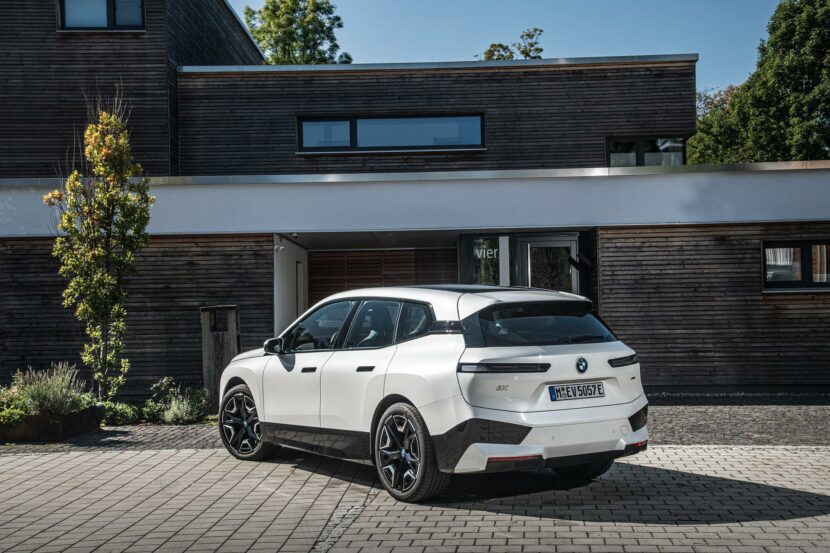 We could say the same thing about the BMW iX since it was an xDrive50, but that’s understandable considering the M60 was just unveiled. BMW’s first electric M SUV would’ve been a better match for the E-Tron S. As for the EQC, the three-pointed star isn’t selling an AMG version, although the next-gen model will likely get one.

The next race was a head-scratcher as the Audi had a bad start and finished behind the iX and Model X. It was neck and neck in the third race, with the electric Bimmer taking the win in a photo finish. As for the rolling race from 30 mph, the xDrive50 almost lost the race to a mile due to its 125-mph limiter.

The Tesla managed to win one by being the fastest in a roll race from 50 mph, followed by the iX and the E-Tron S. The Audi aced the emergency braking from 100 mph, while the Model X was by far the worst performer.