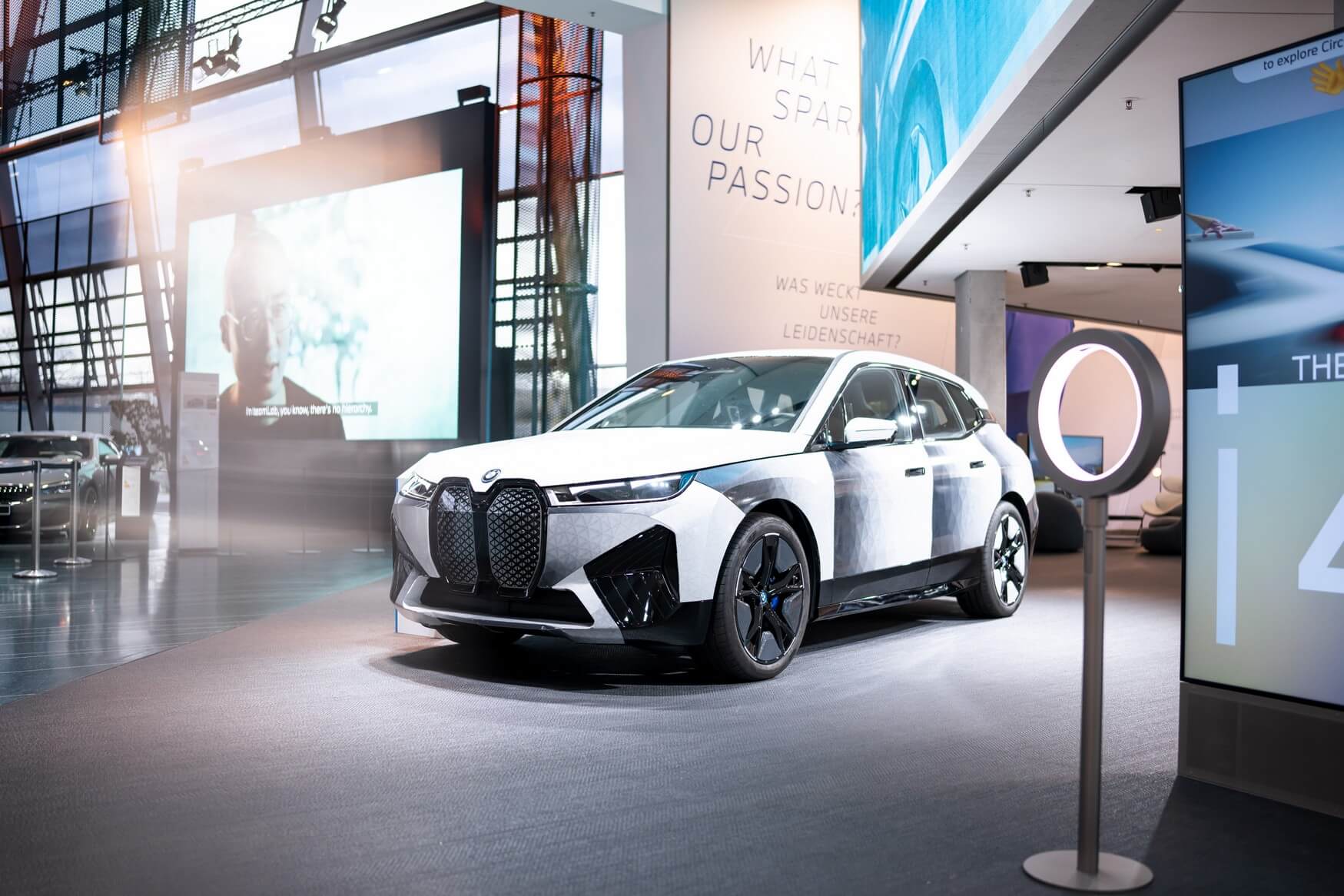 The iX Flow has traveled nearly 6,000 miles from Las Vegas to Munich where it’s temporarily exhibited at BMW Welt. It debuted in early January at the Consumer Electronics Show where it wowed the crowds with its color-charging body. Some will remember it wasn’t the first time when an SUV received a special finish as the X6 was covered in Vantablack a few years ago.

Much like the SAV with the “world’s blackest black,” the iX Flow won’t enter production. While the technology it uses is not new, it hasn’t been adapted for a car’s body before. BMW used a finish derived from e-book readers by covering the body with a foil encompassing several million color capsules. Electrical signals stimulate negatively charged white or positively charged black pigments to alter the SUV’s look.

The iX Flow boasts something known as electrophoretic paint without continuously consuming energy as would be the case for a display. Instead, the E Ink briefly needs electricity only when switching from one finish to another. When you think about it, the tech actually boosts the vehicle’s efficiency provided the body switches to an all-white surface. How? Allow us to explain. 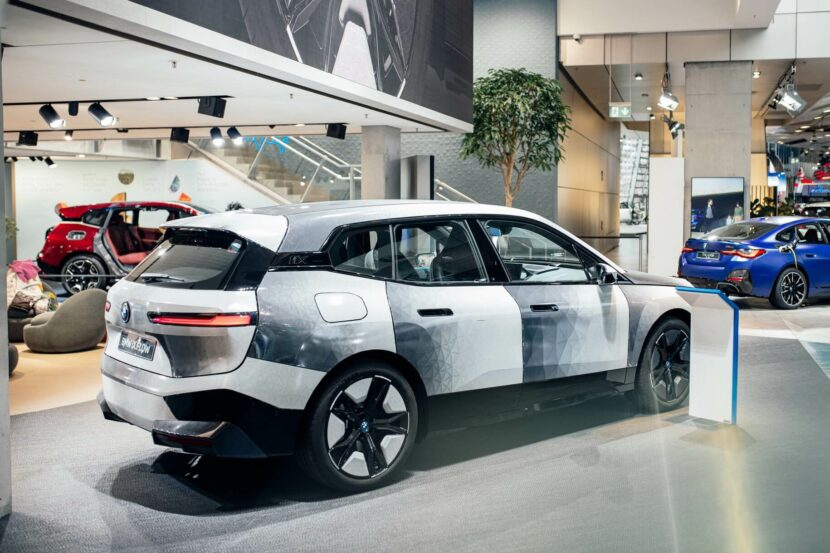 It Serves A Functional Purpose, Too

A white car reflects sunlight a lot more than a black one, meaning the cabin heats up less. Consequently, less energy is used to cool down the interior, meaning there’s less strain on the battery. That prolongs driving range, aside from making the iX Flow look really cool in the process.

If you’re interested in seeing the color-changing SUV up close, you have until mid-March to check it out at BMW Welt. Visiting hours start at 7:30 AM and end at midnight from Monday to Saturday. On Sunday and during public holidays, you can visit between 9 AM and midnight. BMW is showcasing the iX Flow at its newly opened BMW i exhibition. 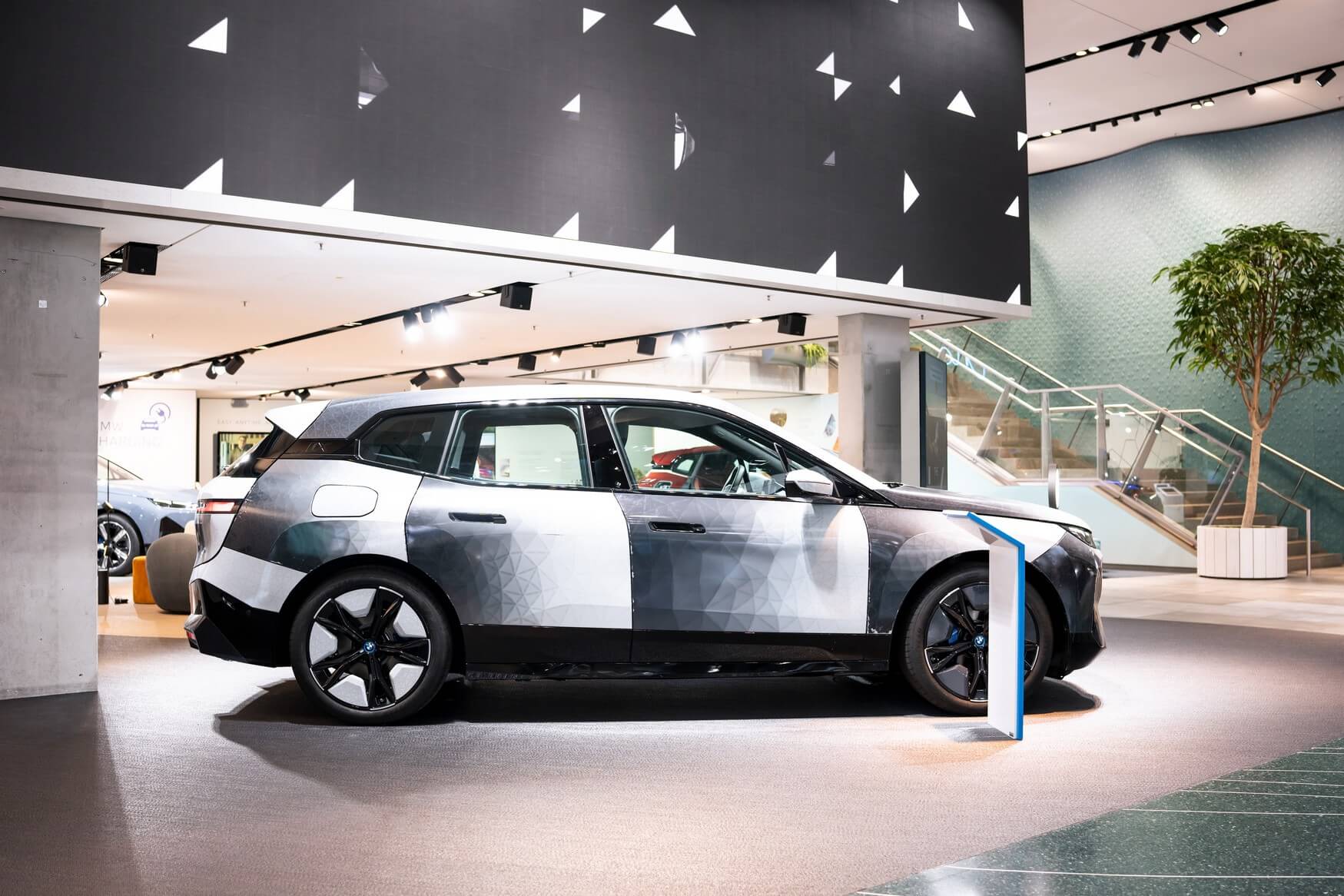 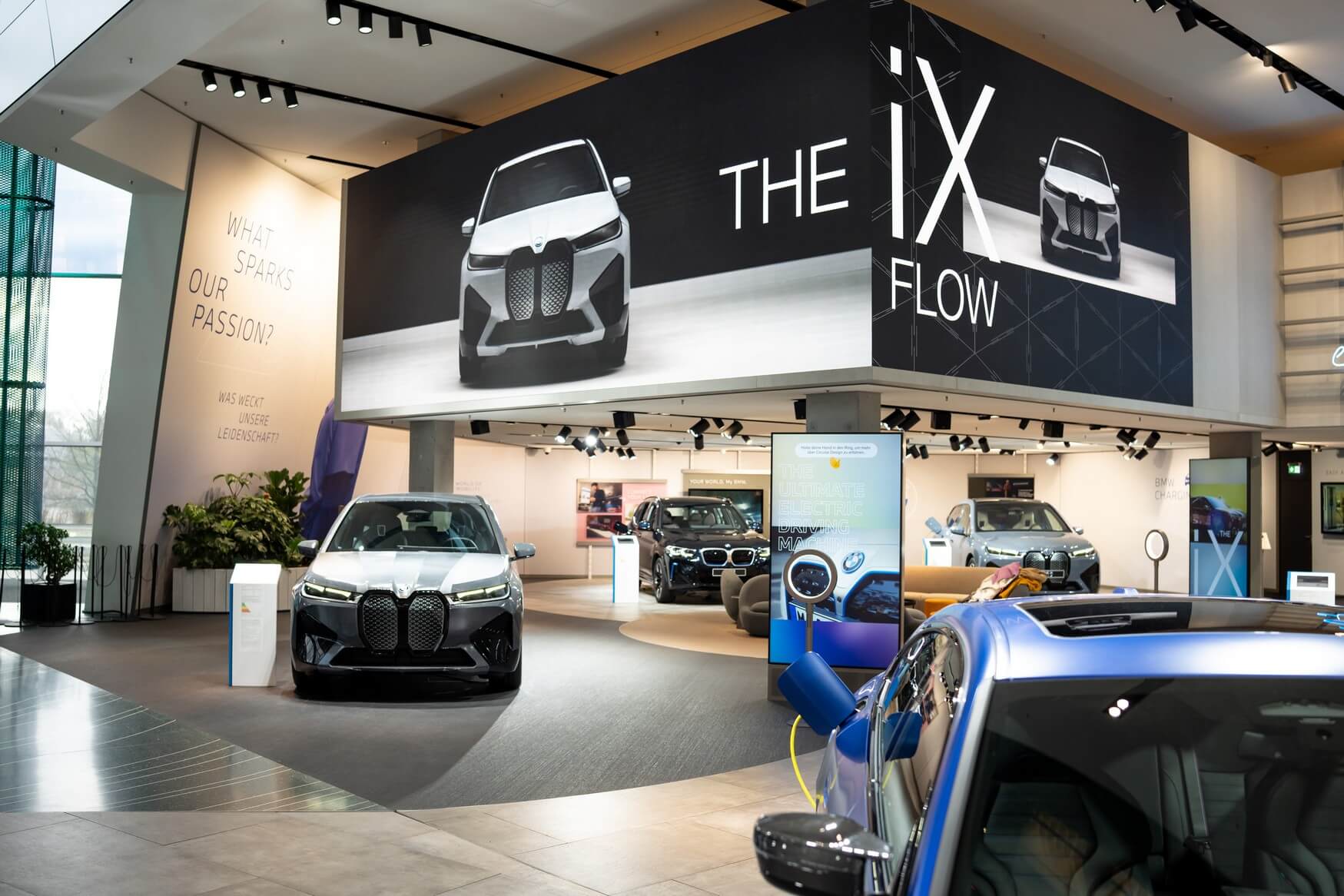 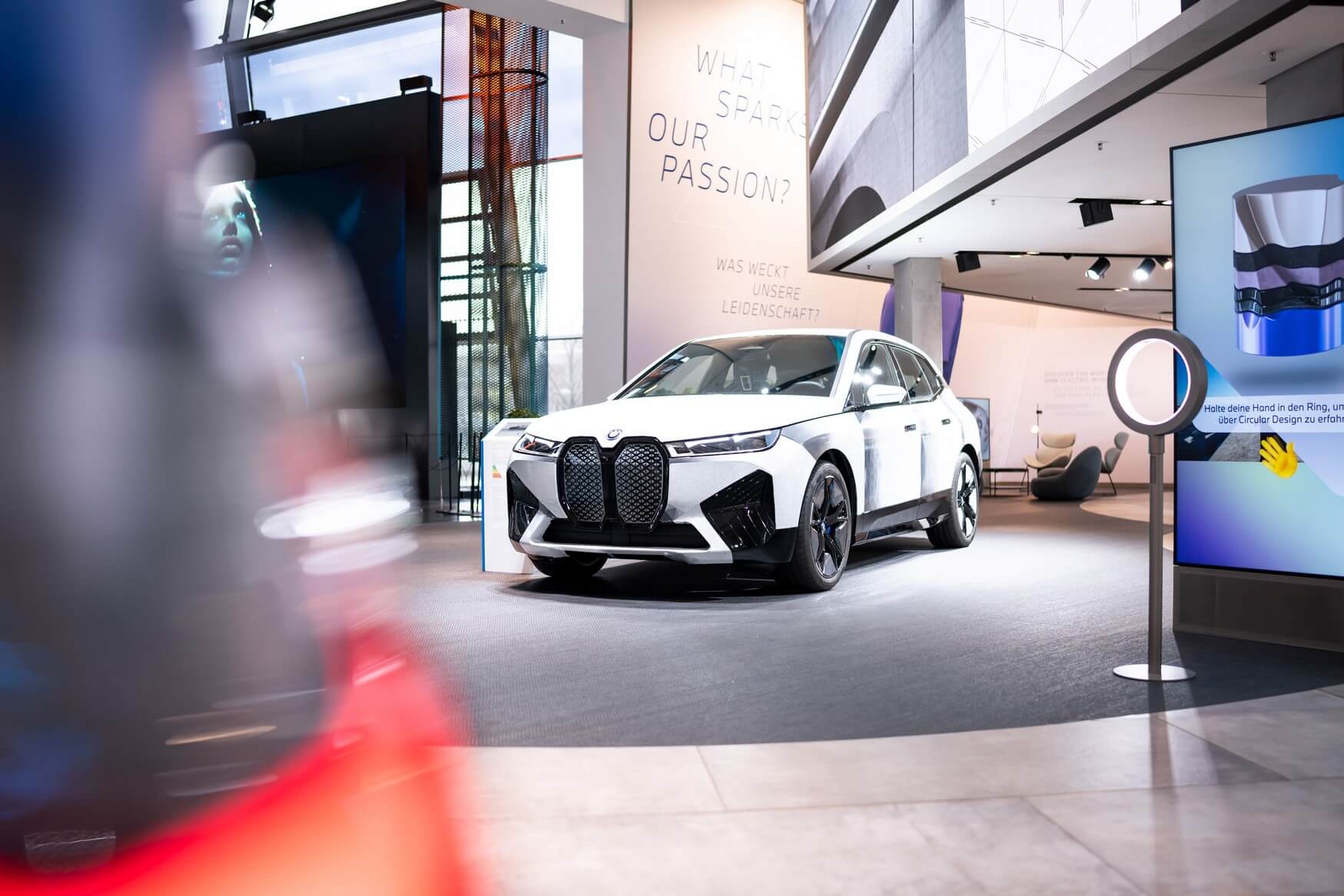 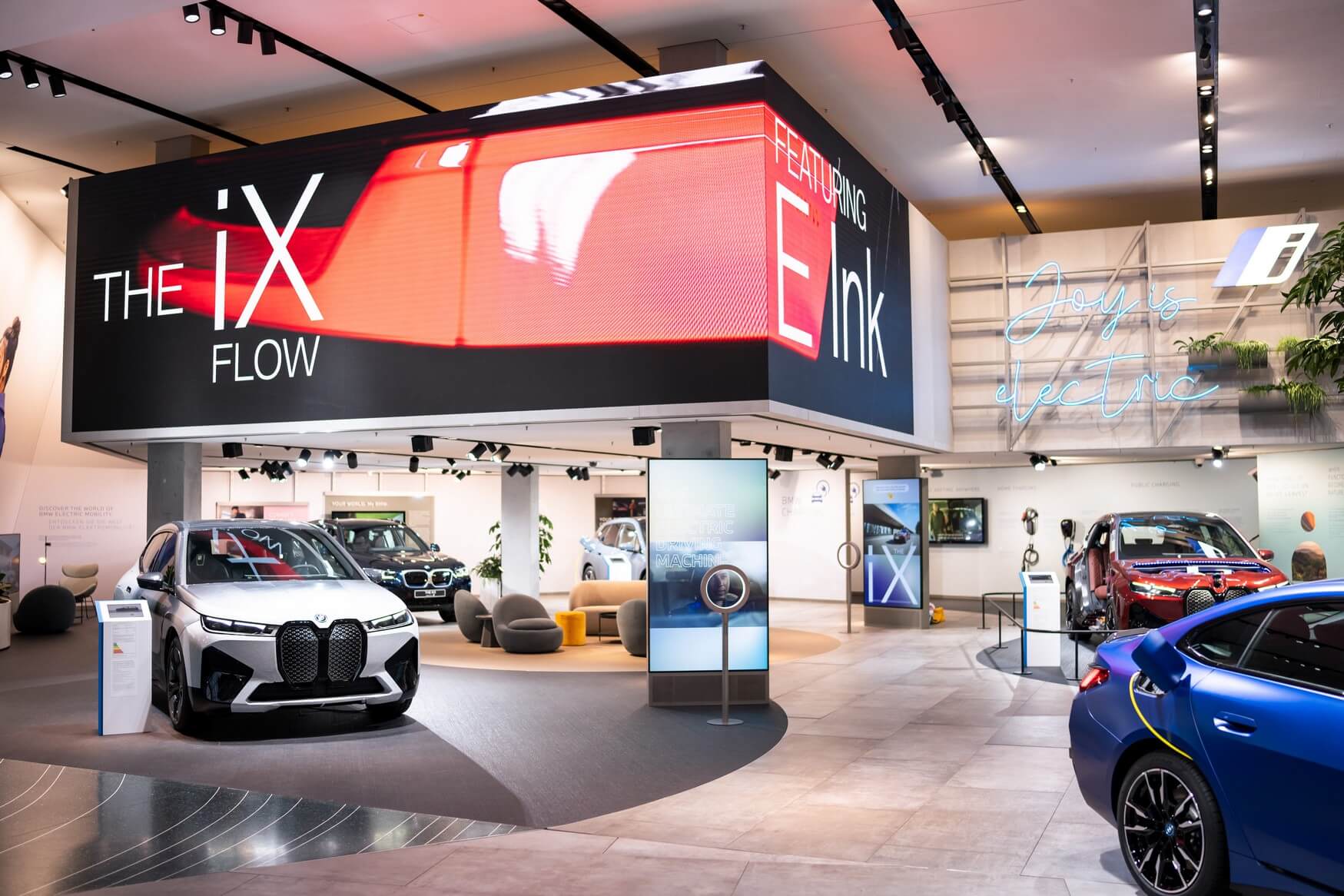 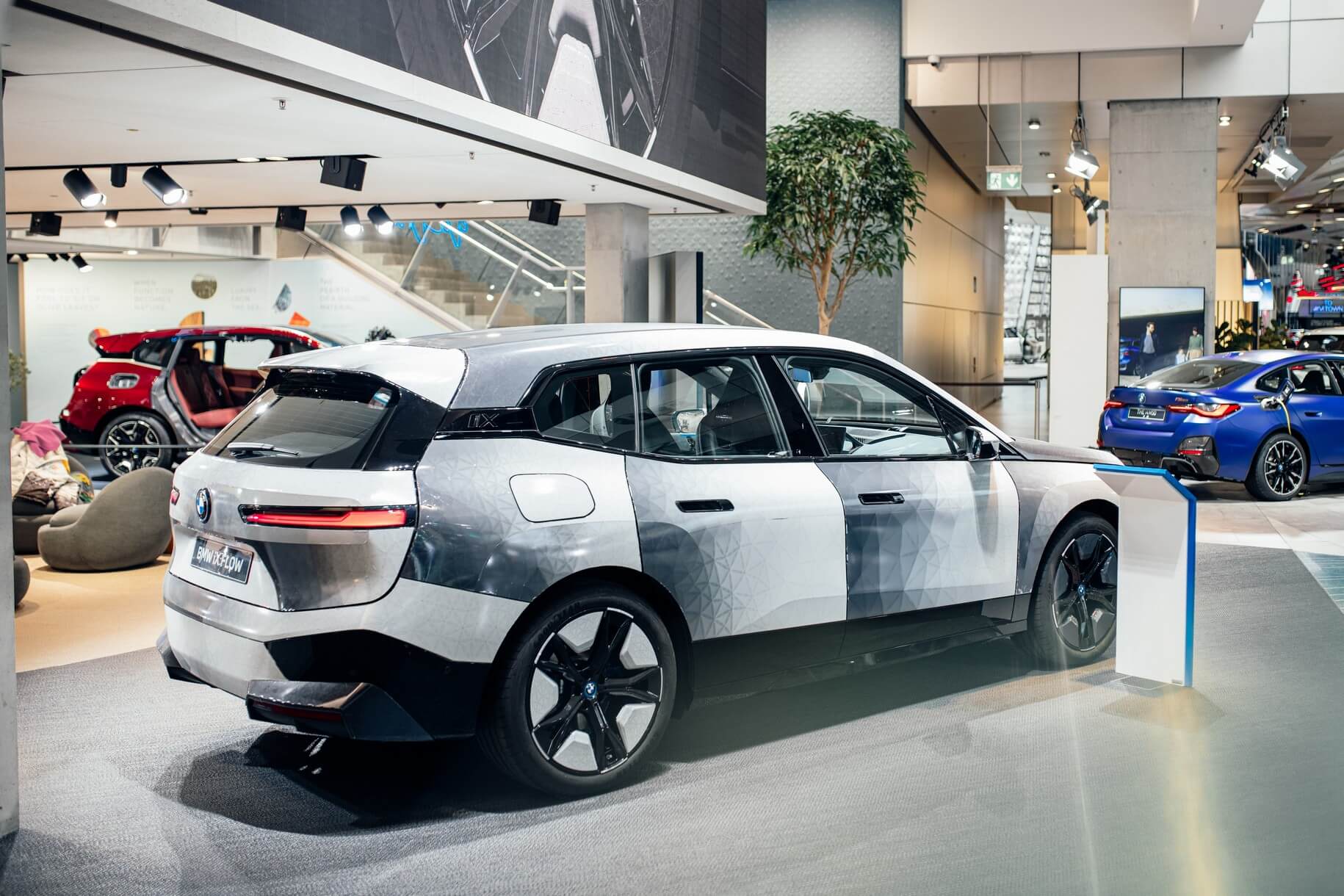