Buyer’s Guide: Deciding between the BMW X5 and BMW X7 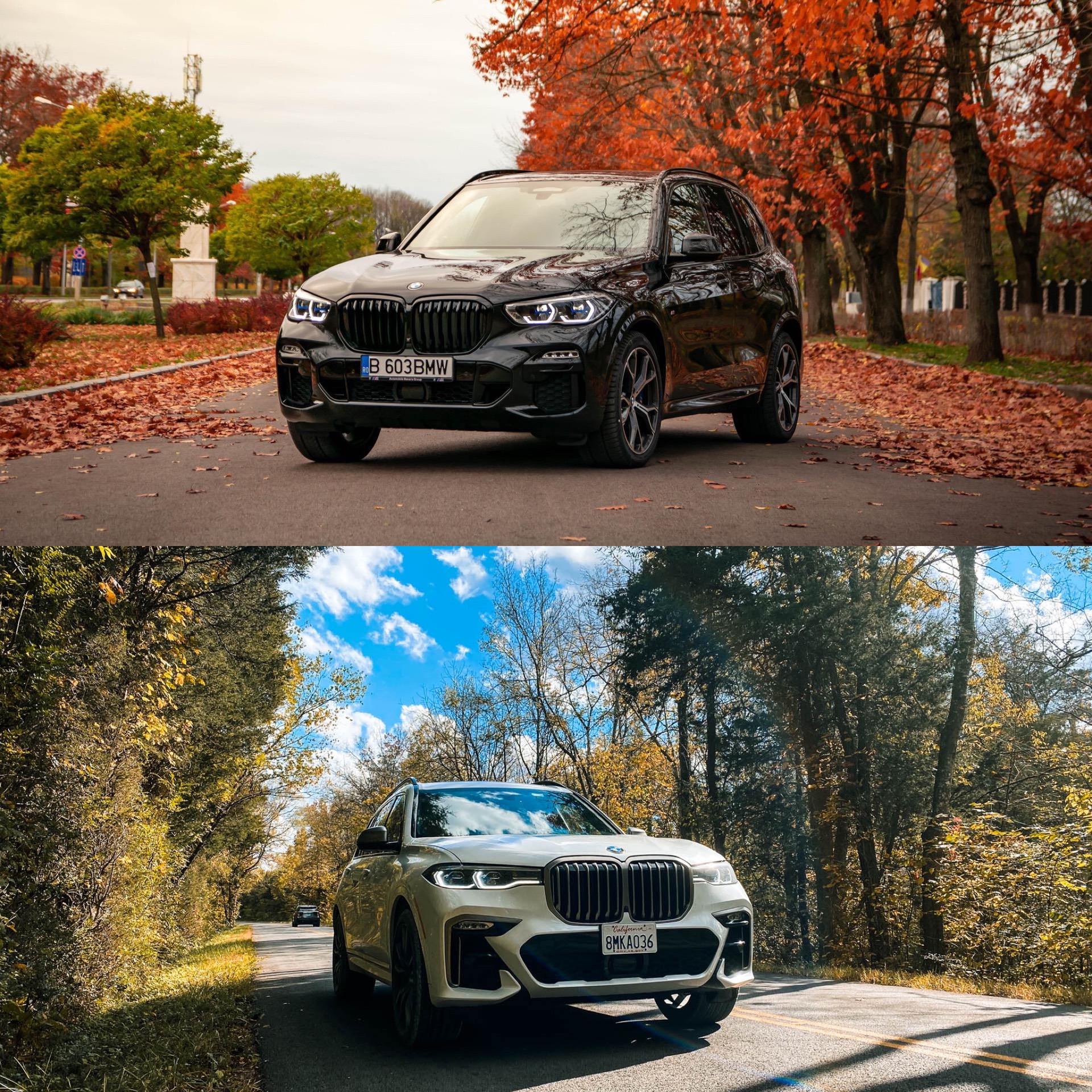 Choices are tough. Even when neither option seems to sacrifice a lot, it’s still easy to second-guess yourself if you don’t know what exactly you’re looking for. For BMW fans looking for some practical space, nothing is more common than trying to decide between the X5 and the X7. Luckily, we’re here to help. 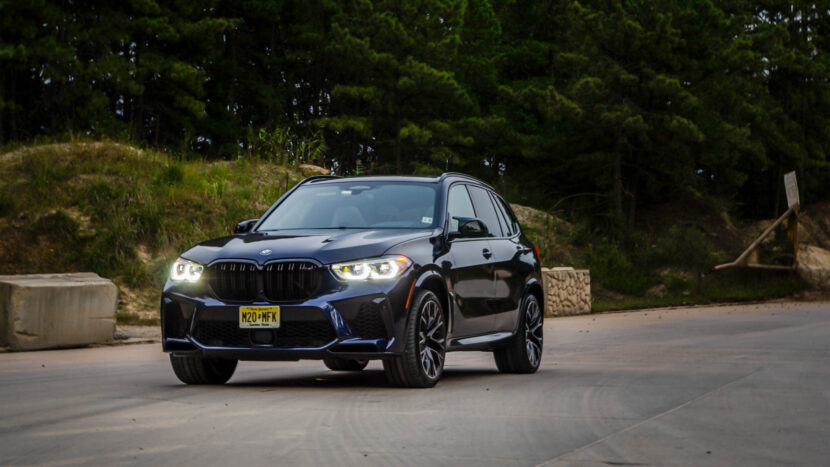 When it comes to BMW, performance is important – despite piloting a five-thousand-pound SUV. The X5 gets many different layouts, to accommodate all lifestyles: the sDrive40i, xDrive40i, xDrive45e, M50i, and the X5 M. Starting with the sDrive40i, you’ll get only the rear-wheels driven and a stout, turbocharged inline six-cylinder. The BMW X5 xDrive40i gets the same, but with xDrive AWD. Both have some solid performance stats, but the xDrive gets you to sixty a bit quicker, at just 4.8 seconds.

The X5 xDrive45e serves as the X5’s hybrid option, offering similar performance with the added benefit of electric-only driving. It’s also a tick faster 0-60 than it’s xDrive40i brethren, at just 4.7 seconds. Between the inline-six and the electric motor nestled between the engine and the transmission – aiding balance and response – you get a total of 389 horsepower and 443 torques. Not bad for a tree-hugger. 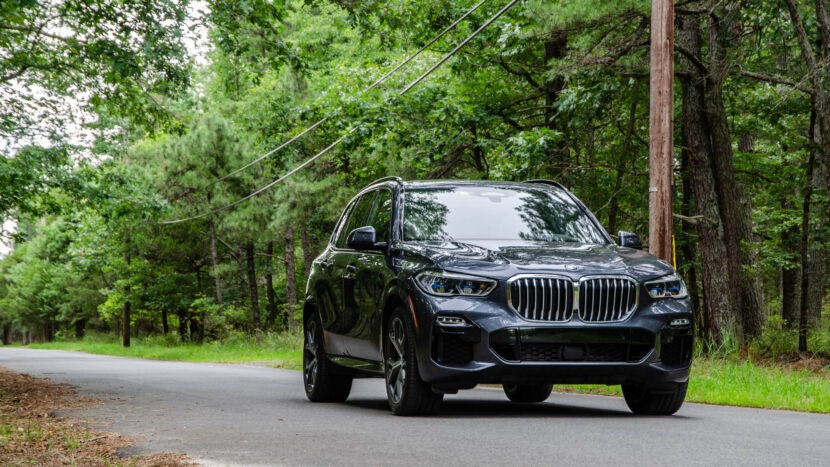 With the M Sport Package, you get optional Adaptive M Suspension on both the 40i and 45e options, with available 22” wheels. Optioned in your taste of inoffensive and practical bi-color silver, or racy and edgy satin black, these wheels sound like the ideal cherry atop a mid-life crisis cake. But the obvious choice is the “practical meets performance” 21” wheels. On the exterior, you get some paint-matched fender flares and more aggressive bodywork. Also, many M badges in the door sills and interior bits to remind you where your $5,000 went.

The next step up is the twin-turbo V8-powered X5 M50i. And while it’s certainly a lot more exciting than a hybrid, it’s essentially more of the same. Well, except for the 523 horsepower, which far removes it from anything ordinary. It does exactly what you expect – it’s a vicious, artisan brick of 523 horsepower with (relatively) slot-car sharp handling. The X5 M takes that one step further, with a similar engine and drivetrain but 600 horsepower. More on that later. 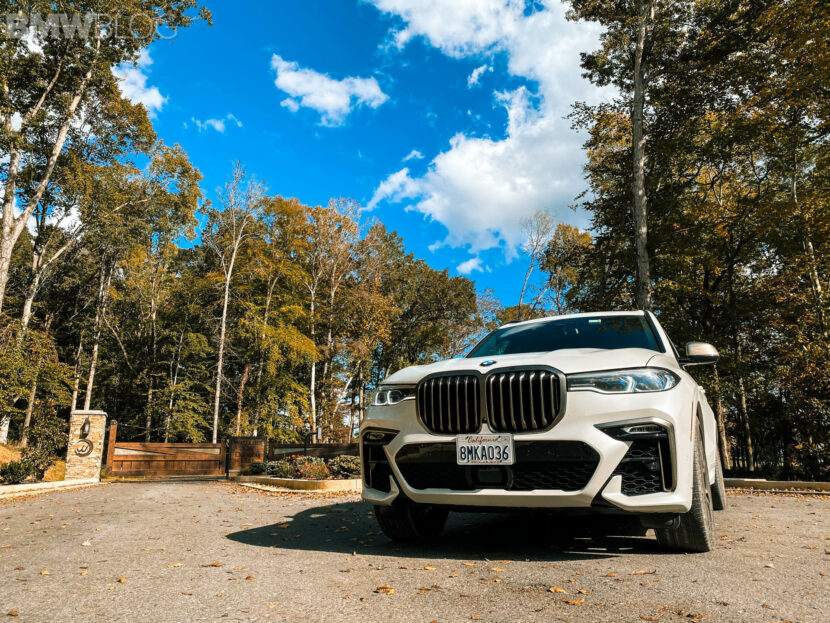 The X7 is a bit more conservative in its offerings – because there’s only two. You can opt for the xDr40i, powered by the same inline six-cylinder as the X5, or the M50i. The X7 weighs in around 5,400 pounds, and tops out closer to 5,700 pounds. Not exactly a welterweight, and it doesn’t hit much harder than the X5. What you see here is a clear trade between practicality and performance. Luckily, the added benefit of AWD still gets the base X7 xDrive40i from 0-60 in just over five seconds.

The BMW X7 M50i is the clear winner in terms of agility, getting a trick M Adaptive Suspension as well as the heaping helping of good ol’ V8 power. Standstill to sixty is something like 4.1 seconds, and I’m not sure I need to say much more. It’s a six-thousand-pound brick with a rocket attached to it. 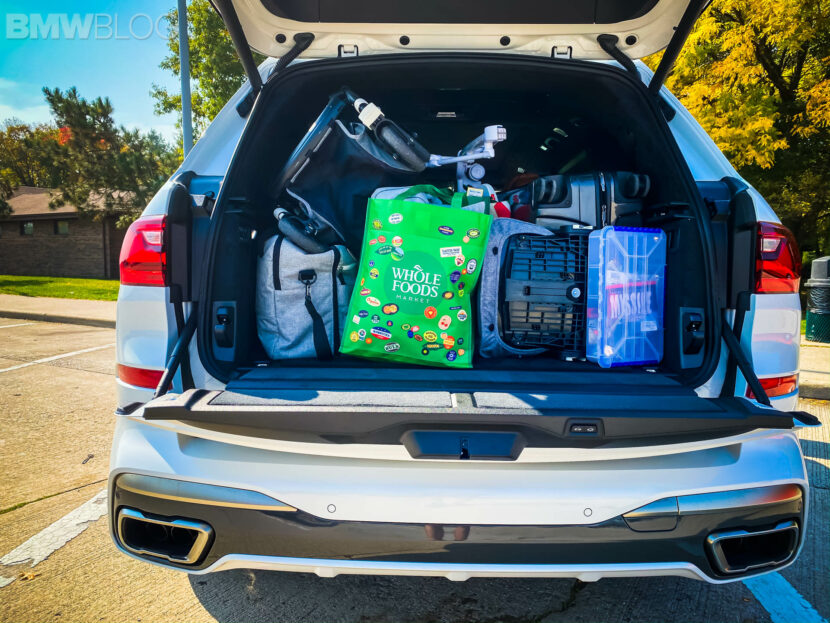 Clearly the X7 has a larger space. And if you need a third row, the X7 is literally your only option. You can get captains chairs in the X7, from 40i all the way up. Not so on the X5. But if you’re considering the captain’s chairs, that’s perfectly a lifestyle choice; the bench seat will fold down, while the captain’s buckets will not. The increased dimensions of the X7 will still allow it to reign supreme here – ultimately able to stow about seven and a half cubic feet of crap against the X5’s six cubic feet of crap. Which matters, if you’re buying this vehicle to stow crap.

But part of practicality is efficiency, and of course the lighter and smaller X5 returns better results here. 21 city and 26 on the highway, vs 19/24 on the X7, respectively. If you’re leasing? I’m not a banana expert, but I’m pretty sure you’re costing yourself about $210 per year, just using a 10K/yr lease. Imagine if you were financing!

You should only pay for what you need; which is why most of this debate comes down to whether or not you need a third-row seat or not. Both the X5 and X7 boast the same towing capacity (a healthy 7200 pounds, regardless of engine). Both offer similar storage after the two kids and two adults. Both offer respectable driving dynamics in the face of an SAV fearing world. 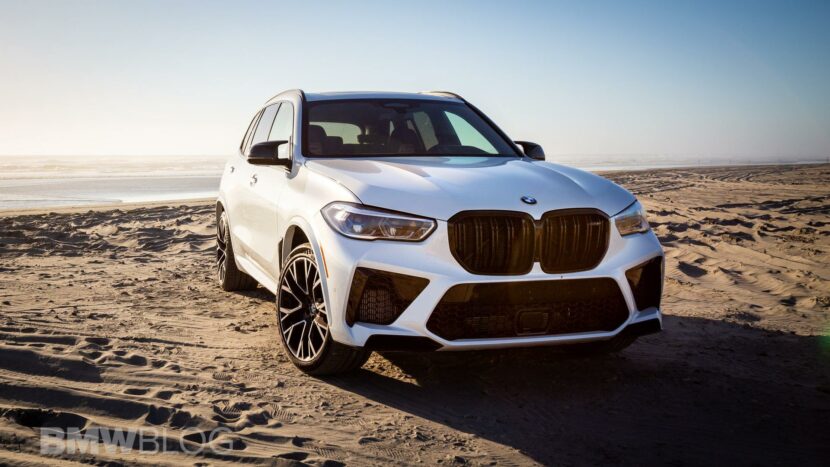 So, on the top end of the X5, we end up with the X5 M. This comes in both “default” and “Competition” guise, the Competition trim adding nearly $10,000 to the MSRP. For this, you get wheels, seats, trim, suspension, brakes, and a big fat M badge everywhere they can slap one. The performance is nice; 617 horsepower in Competition guise and you’ve got nearly nothing to fear on the road from a stoplight. You get the same luxuries you’d expect the less-special X5s.

The X7 ALPINA exists in a world outside these honorable mentions. The most posh 600 horsepower you’ll ever experience, it’s the easiest way to float on  crowd while  also earning a traffic citation. But it is still – technically – an X7, and therefore still technically an option. Insider tip: 2022 allocation is over; get in now to reserve your spot for the interesting 2023 refresh. 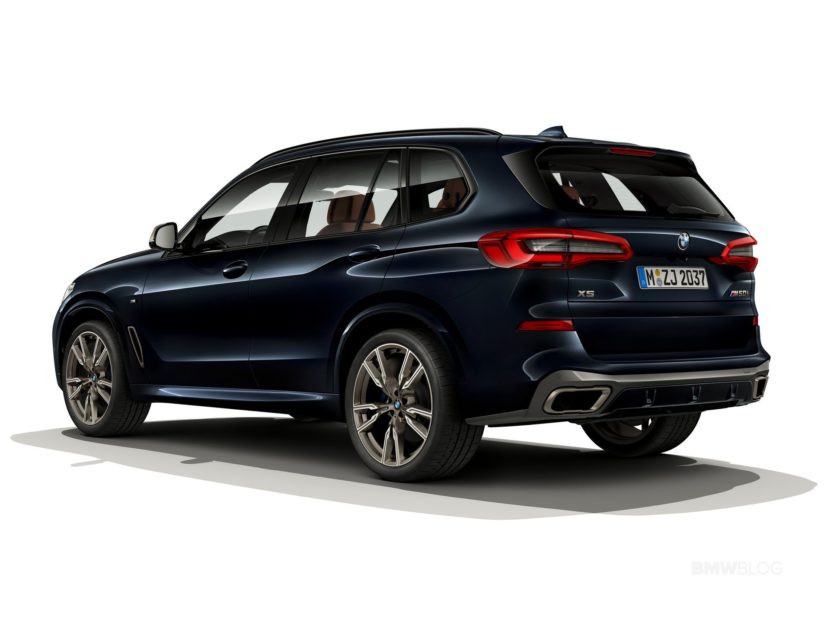 My pick is the BMW X5 M50i – I’m not tracking my SUV and I don’t need the additional 100 or so horsepower bridging the gap between the M junior and the M. I get the V8, I get plenty of acceleration, and I get all the tech I need in a daily driver. I don’t have kids, so I don’t really need the back seat to fit humans – just stuff. And stuff can be arranged in whatever happy configuration I need.

Even if I had kids, I’d probably just splurge for the roof box and opt for the X5 M50i. There’s simply too much savings, dollars to donuts, on the X5. Plus, when it’s just me, I’m having a way better time, saving hundreds of pounds. Also, X5s have been around since 2000. That’s what I call BMW heritage.