Japanese tuner Studie AG specialized in all things BMW made the headlines last month with a tricked-out M4 Coupe for the Tokyo Auto Salon. They’re now back with a modified M3 Competition, also finished in Fire Orange like its two-door sibling. It’s a mélange of M Performance upgrades and custom parts to make the sports sedan really stand out.

The look-at-me M3 adopts some of the more extravagant options in the M Performance catalog tailored to the G80. We’re talking about the massive rear wing and the centrally mounted exhaust with dual-stacked tips. There’s more to the boldly colored BMW as it now sits on 20-inch front and 21-inch rear M Performance wheels. The black wheels have been wrapped around in Yokohama Advan Sport V105 tires.

The aero kit also includes front canards and a rear diffuser, both finished in carbon fiber. Chunkier side skirts lend the M3 Competition a more muscular look, although some would argue the upgrades are overkill. While the tuner’s M4 Coupe swapped the rear seats for a roll cage, the sedan still has them. 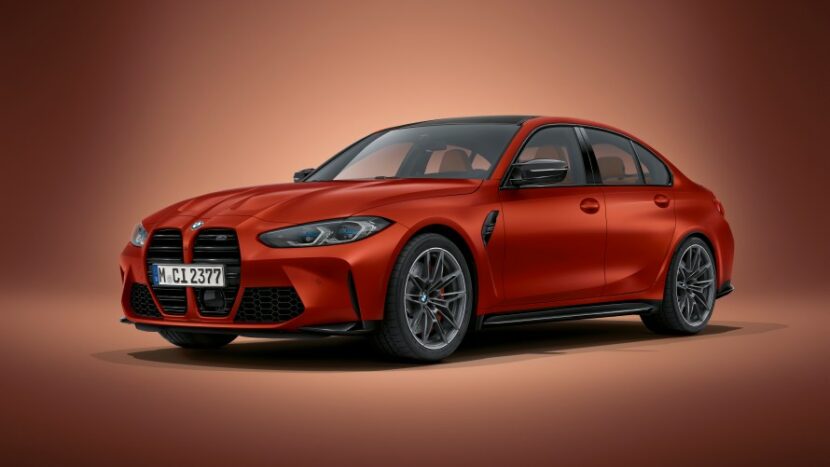 Studie AG headed to Suzuka for what must’ve been a track day as the M3 shared the circuit with non-BMWs. It’s easy to notice the car looks as if it’s glued to the tarmac courtesy of a KW suspension upgrade. There’s no word about a power bump for the S58 engine, not that it needed one since the Competition-spec model pushes out 503 hp.

Those looking for a more potent M3 have two options: either to get in touch with a tuner or wait for BMW to introduce a hotter CS version. The latter is supposedly coming out in 2023 as a special edition with more power and less weight. Like the M3 CS before it, expect low production numbers and a higher price tag over the Competition. One major difference is the yet-to-be-confirmed xDrive-only setup.

Before that happens, the M3 Touring will finally break cover before the end of the year to blend performance with practicality. The AWD- and automatic-only, long-roof M3 will come along with a mid-cycle facelift for the entire 3er lineup, which means it’ll receive the iDrive 8.