The ongoing Tokyo Auto Salon is mostly about modified JDM cars, but one of the local tuners has an affinity for BMWs. Studie AG decided to make a big splash this year at the annual aftermarket show by bringing a striking M4 Coupe finished in orange both inside and out. Japan’s equivalent of SEMA served as the venue for the custom build’s world premiere, and boy, there’s a lot to take in.

The look-at-me paint job was combined with manually applied black pinstripes, probably to go along with the carbon fiber bits. Studie AG went the extra mile and gave the interior a mostly orange theme as well since even the roll cage was color-coordinated with the rest of the vehicle. Those body-hugging Recaro seats continue the theme, as do the door cards and the central armrest. In addition, a part of the engine’s cover has been painted in the same hue.

There’s more to the M4 than its eccentric appearance as the tuner made additional changes, varying from an Alcantara-wrapped steering wheel with carbon fiber spokes to the Remus sports exhaust featuring fat quad finishers. Studie AG originally shows the car riding on BBS wheels before changing them to an Advan set with BMW center caps. 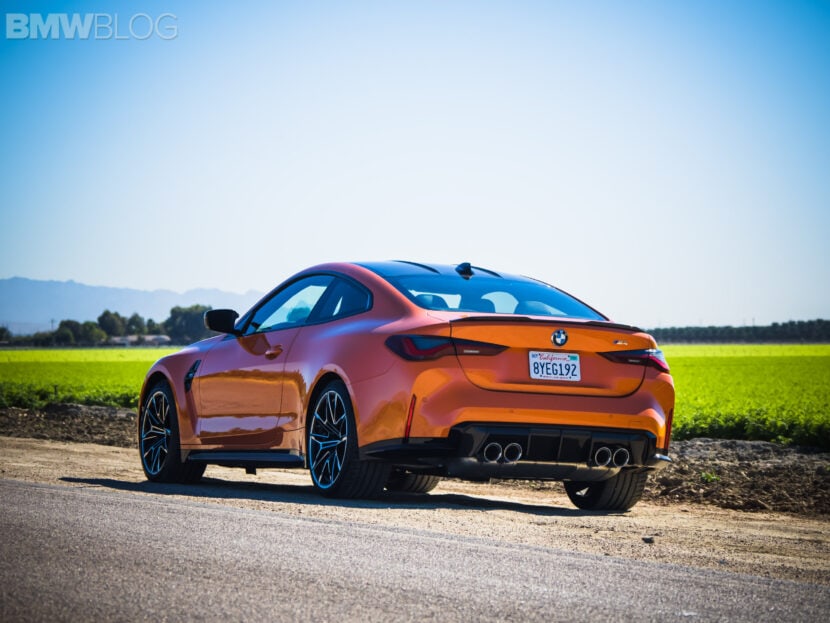 As if the car’s design wasn’t already over the top, the tuner decided to install a large rear wing with orange pillars. At the front, there are carbon fiber hood louvers akin to race cars through which the fancy engine cover can be partially admired. This M4 Coupe is now strictly a two-seater and has some work done under the hood where a BMC filter was installed.

Fitted with a manual transmission, the heavily modified BMW has a custom gear lever with a golf ball knob while those seats we mentioned earlier have harnesses for both the driver and passenger. The end result is a car no longer grabbing all the attention because of its large grille as the rest of the design is equally a love/hate affair.