Most modern BMW M5s have lost what it means to be an M5. Even the new F90 M5 is just too isolated, too comfortable to be mentioned in the same breath as cars like the E28-gen M5. When the original M5 debuted, it was faster than most supercars of its time and handled better than them, too. It was genuinely a four-door supercar. And while modern M5s are bonkers quick, they never feel like proper supercars, just sedans. The BMW M5 CS, however, that feels like a supercar.

The BMW M5 CS has been out for some time now and has been reviewed by almost everyone, us included. But that doesn’t mean we’ve had enough of it. So when Rory Reid strapped himself into the M5 CS, helmet and all, and took to the track, we naturally want to watch. With 626 horsepower and 553 lb-ft of torque, to go along with its lighter-than-normal curb weight, the BMW M5 CS is seriously fast, nailing 60 mph in under three seconds. However, like its original predecessor, its speed doesn’t even crack the top five best things about it. 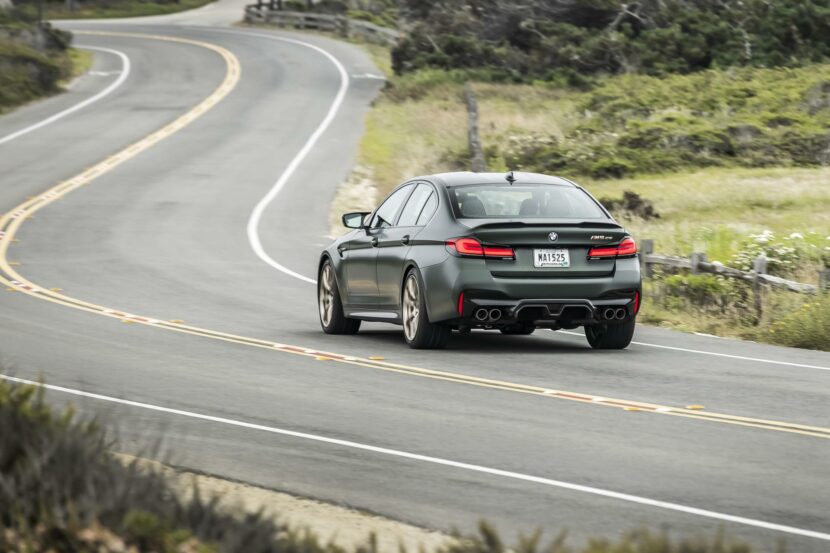 There’s an agility to the M5 CS that laughs in the face of physics, as a car that weighs as much as it does should not handle like it can. Its steering is potentially the best steering of any modern BMW, its grip is immense, and it’s so much more playful than you’d expect a modern BMW sedan to be. As far as super sedans go, the BMW M5 CS is the superest of them all.

But the best part is that it still looks, for the most part, like an M5. Sure, there are some hood vents that tell you it’s something a bit more than that but it isn’t overly shouty. Instead, it goes about its business destroying supercars quietly. Like a proper M5 should.