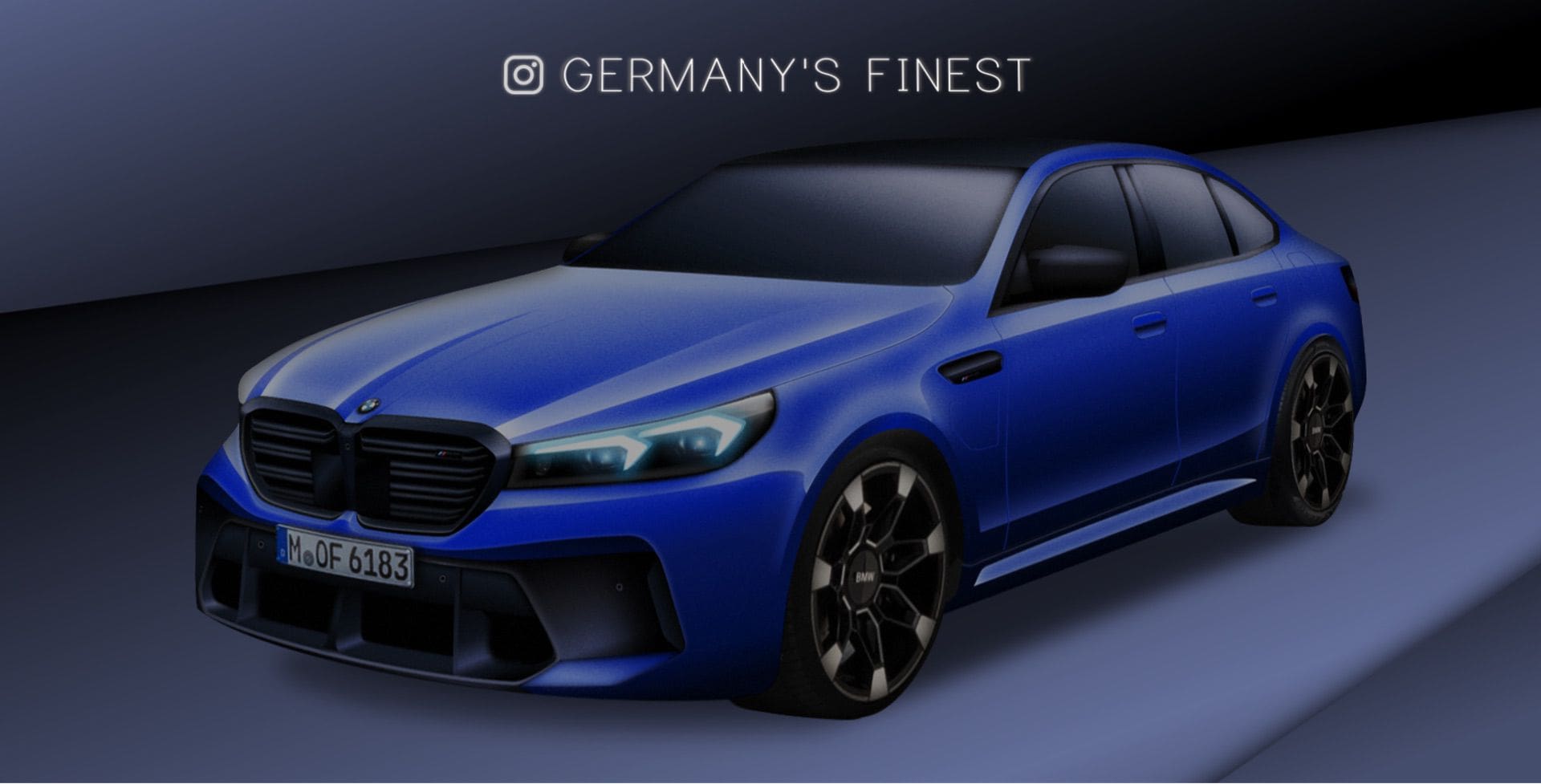 With more than a year left before its market introduction, the next generation 2023 BMW M5 gets rendered this week. The Photoshop image is based on the recent BMW M5 spy photos which surfaced earlier this week. Of course, lots of design details are still hidden by the heavy camouflage on prototypes, so any render at this point wouldn’t be entirely accurate. The proportions are easier to nail down, as well as the overall shape of the new G90 M5.

For starters, the spy shots point to a normal sized kidney grille. And that’s not surprising considering that the BMW design team leadership often stated that the bold and large kidneys won’t trickle down to the entire BMW lineup. So just like the new 5 Series, the M5 sedan will launch with a fairly small kidney, yet bolder and more muscular in appearance. This rendering also shows an aggressive front-end design with large air openings to cool down the powerful engine.

The rendered front-end also shows a set of laser lights with the flipped eyebrows, as seen on the current M5 facelift. The side view gives us a look at the flushed handles which are most likely going to end up on the new M5. There are also simpler shapes that give the side view a cleaner look. Massive wheels are always a must on an M car, so we’re glad that this rendering makes good use of that visual trick.

While the design is always an exciting part of a new product, in this case, we’re more intrigued by the powerplant. As we first reported last year, the G90 BMW M5 will be the first M product- or the second if you count the bespoke XM- to feature a plug-in hybrid drivetrain. The heart of the beast was first introduced by the Concept XM in a form of a new V8 TwinTurbo 4.4 liter engine paired with an electric motor. No official info on the power output, but we expect similar horsepower numbers as the XM, in the 700hp range. We also expect to see the proven and tested M xDrive system and the eight-speed automatic transmission.

The interior is also likely to feature a completely new design with large screens, iDrive 8, a new center console and plenty of tech and high quality materials. The 5 Series and the M5 are often referenced as the backbone of the M division, so BMW will pull all stops to deliver a compelling and premium product.