After its Christmas Film starring Christoph Waltz, BMW has now released a Happy New Year Film to properly bring in 2022. Multiple studies have shown the younger generation is not as interested in cars as their parents and grandparents were. However, BMW’s message is clear: “We still believe in cars.”

The 54-second clip shows youngsters laughing at the idea of getting a driver’s license, calling it a “so 90s” move. A schoolgirl tries to avoid the embarrassment of being picked up from school by her mom in a car. People in their 30s also find the concept of cars being old-fashioned, so yeah, driving seems to be going out of style. So much so that not even bank robbers want to make a run for it using a van.

“Who cares about cars anyway?”, says the woman in the elevator. Well, BMW does, before showing a designer working in the Four Cylinder building late at night. She appears to be drawing the iX, and we can see the electric SUV shortly thereafter in Aventurine Red. The ad ends on a positive note: “Happy sustainable New Year from BMW i.” 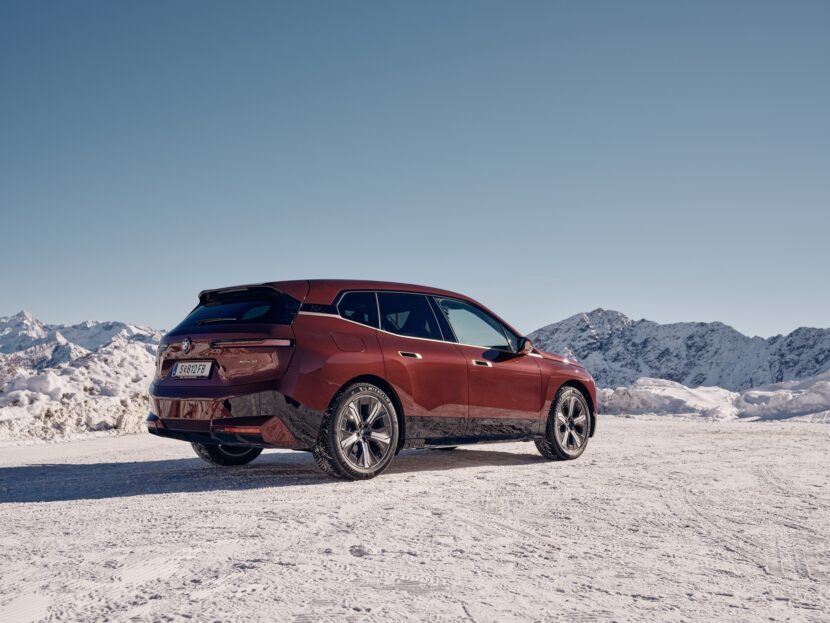 The company is on the right path to a more sustainable future if we were to look at last year’s sales numbers. Customer deliveries of EVs more than doubled in 2021 to 103,855 units, fueled by the launch of the i4 and iX. This year, BMW i’s lineup will expand to include an i7 to serve as a zero-emissions alternative to the next-generation 7 Series Sedan. An iX1 crossover – twinned with a MINI Countryman EV – will also be out in 2022.

Next year, the i5 will follow as an electric 5 Series Sedan. An EV equivalent of the 3 Series will arrive in 2025 on the Neue Klasse platform. The current 3er will lose its combustion engine in China where BMW will sell an i3. It’s going to be based on the long-wheelbase sedan produced and sold locally.