The concept of a BMW driving itself seems counterintuitive at a first glance. After all, how can we fully experience “the ultimate driving machine” if the vehicle does all the work for us? However, what joy can there be in getting stuck in traffic, advancing about as slow as a snail? With the new iX, the Bavarian brand has taken its driver assistance systems to a whole new level.

To test the Driving Assistance Professional in a real-world scenario, YouTuber 1001cars drove the iX on Poland’s busy roads. His trip was largely conducted without any human input, save for the moments when he had to touch the steering wheel. Doing so was necessary so that the car knew he was still paying attention. After all, this is still only a Level 2 system.

We are still a long way from having production cars with a Level 5 autonomous driving system, but BMW is showing healthy signs of progress. The tech installed in the iX will get better in time courtesy of over-the-air updates. The German luxury brand has already said the setup is advanced enough to meet Level 3 criteria. That said, Mercedes has beaten BMW to the punch by grabbing a global Level 3 certification for the S-Class and EQS. 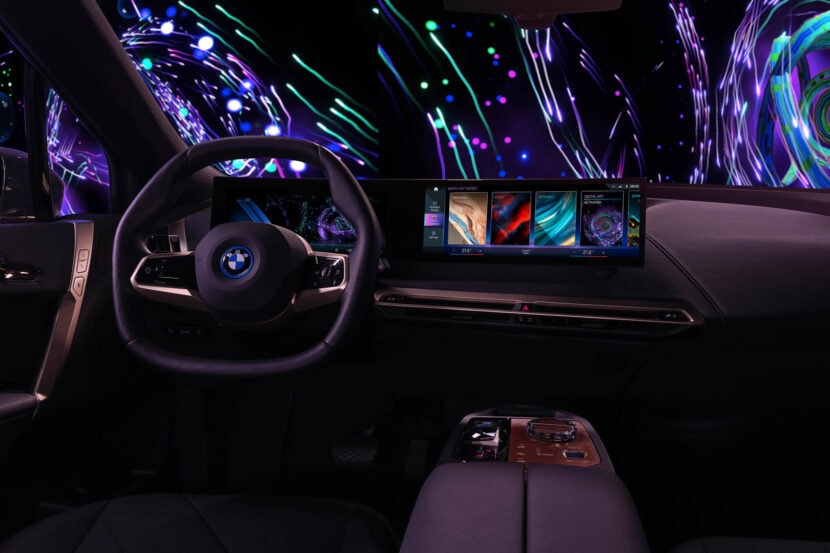 The first BMW to get a higher level of autonomy will be the next-generation 7 Series (G70) debuting later this year. Logic tells us the fully electric i7 will have it as well. However, the system won’t be offered in the United States since the regulations haven’t caught up yet. Meanwhile, the iX is already highly advanced since it can process 20 times more data than existing models and is also 5G-capable.

There are no fewer than 12 ultrasonic sensors, five radar sensors, and five cameras. We can see the driver aids supported by sophisticated hardware and software at work in the adjacent video. The front-mounted radar sensor plays a key role as it scans the road ahead by up to 300 meters. Despite heavy traffic and driving in the evening, the electric SUV was in autonomous mode for about 20 minutes.