A veritable Internet sensation and a forbidden fruit in the United States, the Toyota GR Yaris is seen by many as the spiritual successor of the legendary Lancia Delta Integrale. The rally-bred hot hatchback is one of the few performance cars out there that still combine all-wheel drive with a manual gearbox. Even though it has a tiny three-cylinder engine with a 1.6-liter displacement, it still packs quite the punch.

With 261 horsepower and 360 Newton-meters (266 pound-feet) on tap, the Gazoo Racing Yaris is a little monster. As impressive as it might be on paper, can it really have a shot at winning a drag race against the latest BMW M4 Coupe? Not just any G82, but the more potent Competition version. The South African peeps at CAR had the same question and decided to line them up in a quarter-mile showdown.

We’ll remind you the twin-turbo S58 engine with its inline-six layout and 3.0-liter displacement powering the M4 Competition puts out a much more substantial 503 hp and 650 Nm (479 lb-ft). Even though it’s the rear-wheel-drive model rather than its grippy xDrive equivalent, the Bavarian coupe is still much heavier than its little contender by carrying around nearly 500 kilograms (1,100 pounds) more than Japan’s feisty hatch. 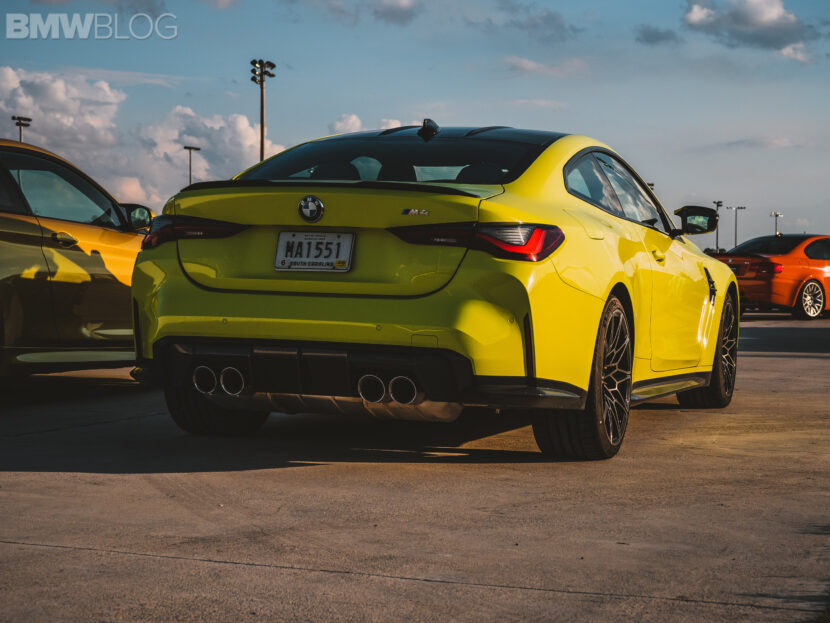 The drag race is certainly a case of David vs Goliath since one car needs 5.2 seconds to hit 62 mph (100 km/h) from a standstill and the other will complete the same task in merely 3.9 seconds. However, the M4 was slow off the line due to the driver’s slow reaction while the GR Yaris had a perfect start thanks to its AWD setup.

To the surprise of no one, the BMW quickly closed the gap and effortlessly pulled ahead to take a comfortable win. With a better start and all-wheel drive, the difference between the two would’ve been even bigger. That’s not to say the GR Yaris is slow, especially if you take into consideration it’s much cheaper than an M4 Competition and comes with a stick shift.

Sure, the comparison is a bit pointless since we’re dealing with two cars playing in different leagues. That said, we always enjoy seeing substantially different performance vehicles dueling in drag races.