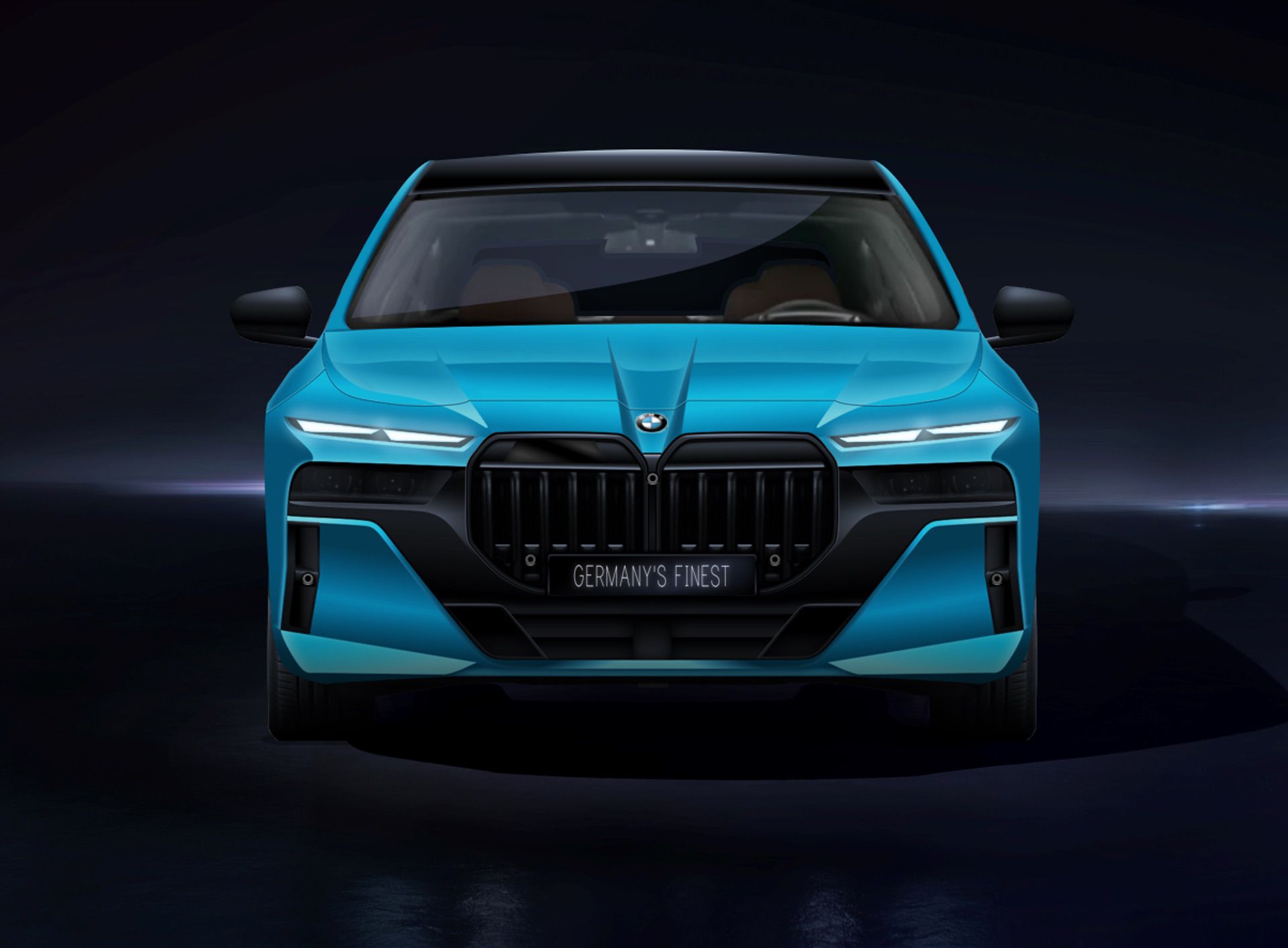 One of the major automotive reveals of the 2022 will be without a doubt the all-new BMW 7 Series G70. The new luxury limousine has a complicated past. It started life under the guidance of former BMW design chief Jozef Kaban (now back at VW Group) and continued to be refined by the team of current head of design Domagoj Dukec. It’s unclear how many design elements were modified with the leadership change, but nonetheless, the new G70 7 Series will shock the the automotive world with its bold and unique styling.

Production of the new 7 Series is scheduled to begin in July 2022, so an unveil will likely occur a few months prior. This new rendering, courtesy of @germanysfinest43 takes some of its cues from the recent spy photos which are slowly starting to reveal the 7 Series’ styling. At the front, this G70 7 Series showcases an interpretation of BMW’s M Sport Package with aggressive shapes and large air openings.

Based on the recent spy photos, the grille might feature a single-piece frame. The design hints at a unified body for the two sides, similar to what we’ve seen on the 8 Series for example. It will also house a massive radar right in the middle of it, a solution needed for the advanced driving aids of the new luxury limousine.

The hood lines are also quite aggressive in this rendering and it remains to be seen if BMW will indeed have them on the production series car. There is no side view in this rendering, but we expect to see the flushed handles from the BMW iX and XM.

Needless to say, the G70 BMW 7 Series will be polarizing car and certainly one of the main BMW topics in 2022. The bold design language started by the new 4 Series and M3 and M4 models will continue with the 7 Series as well, but whether it will score points with the vocal BMW community, remains to be seen.