BMW is widely regarded as the inventor of what today we call an infotainment system by introducing the original iDrive in 2001 with the E65-generation 7 Series Sedan. Fast forward 20 years and seven iterations later, Operating System 8 was introduced earlier this year in March and is currently available in the following models: iX, i4, and the 2 Series Active Tourer.

With more and more new BMWs switching to the latest hardware and software, it only seems right the German luxury brand has now released a video guide dedicated to its newest infotainment. Essentially, it’s a step-by-step tutorial for downloading new software courtesy of an over-the-air update. The rollout of OTA tweaks means visiting your local dealership to stay up to date with the latest apps will soon become a thing of the past.

It all starts with your smartphone as the company will send out a push notification to your My BMW app, informing owners of iDrive 8-equipped cars of the newly released software. Shown here is how the process works for the iX electric SUV, but it will be virtually the same for other current and future models with the most recent infotainment. The duration of the download will depend on your phone’s Internet connection and the size of the package. 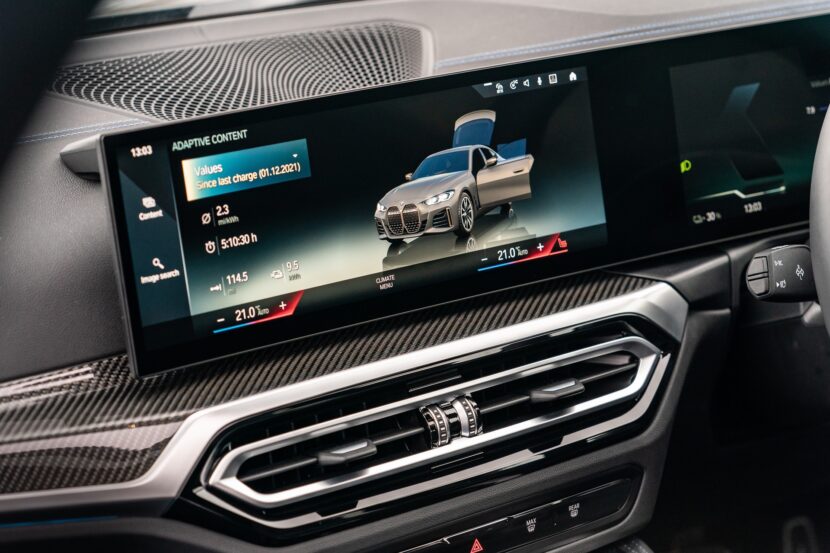 After the download is complete, the software can be transferred to the infotainment after pairing your smartphone to the car via either Bluetooth or Wi-Fi. Once the connection has been established, the transfer will automatically be uploaded to the vehicle while you’re driving. Interrupting the connection won’t be an issue since the upload to the iDrive 8 will automatically pause and simply resume the moment the smartphone will once again be hooked up to your BMW. You can also pause the process.

Once the software package is fully transferred, the driver will then be notified about when it’s possible to effectively apply the upgrade. BMW mentions it can only be done when the car is “not in ready-to-drive mode.”

Which models are next in line to get the iDrive 8? The all-new 7 Series (G70) will also have it, much like the 3 Series LCI and the production version of the XM plug-in hybrid SUV. With the facelifted 3er getting it, chances are so will the first-ever M3 Touring production model. All of them are slated to arrive in 2022.