Range anxiety is becoming less and less of an issue as battery tech progresses, but some people still have concerns about the possibility of running out of juice before finding the next charging station. It’s more problematic on a cold day of winter when the EV is equipped with winter tires, as was the case with this BMW iX and its massive 21-inch wheels wrapped around in 255/50 R21 rubber.

BMW may say the iX xDrive50 can cover as much as 630 kilometers (391 miles), but the actual range almost never matches the WLTP rating (U.S. EPA range is 300 miles ). It is especially true when there are only 2 degrees Celsius (35.6 degrees Fahrenheit) outside and you’re trying to average 130 km/h (81 mph). YouTuber Battery Life decided to test the electric SUV at this fairly high speed whenever possible.

He headed to the German highway with the large 111.5-kWh battery fully charged and drove the luxury SUV for a total of 193.3 miles (311 kilometers) based on the distance calculated by Google. He obviously wasn’t able to do 130 km/h all the time since he encountered traffic and also switched roads. Ultimately, he ended up with an average speed of 119 km/h (74 mph), which wasn’t too far off from his target. 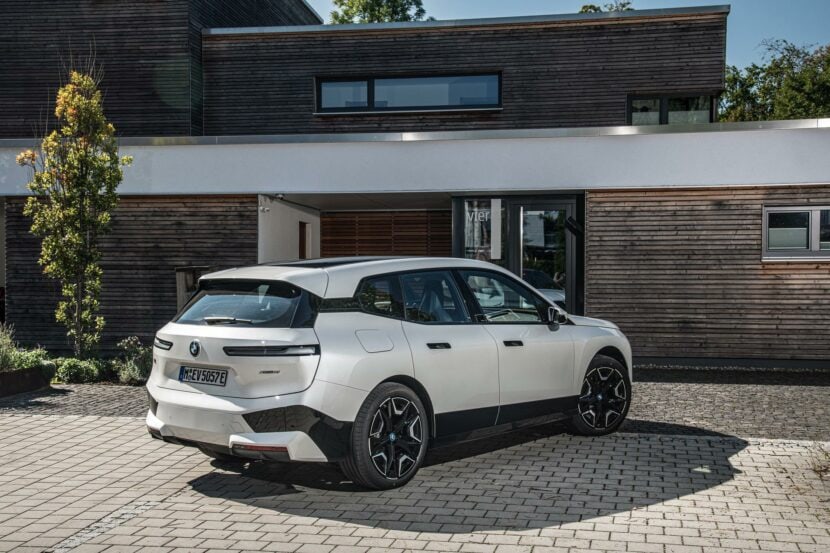 During his journey, the BMW iX xDrive50 was put into its most efficient mode, with the air conditioning turned off and the temperature set at 22 degrees Celsius (71.6 Fahrenheit). The trip took two hours and 36 minutes, arriving at his destination with a state of charge (SOC) of 16% and an average consumption of 28.3 kWh / 100 kilometers. Based on these figures, the vehicle would’ve covered 230 miles (370 kilometers) before dropping to a SOC of 0%. That’s far worse than the official maximum WLTP rating, but then again, it’s not a fair comparison since the iX was pushed relatively hard in cold weather on winter tires.