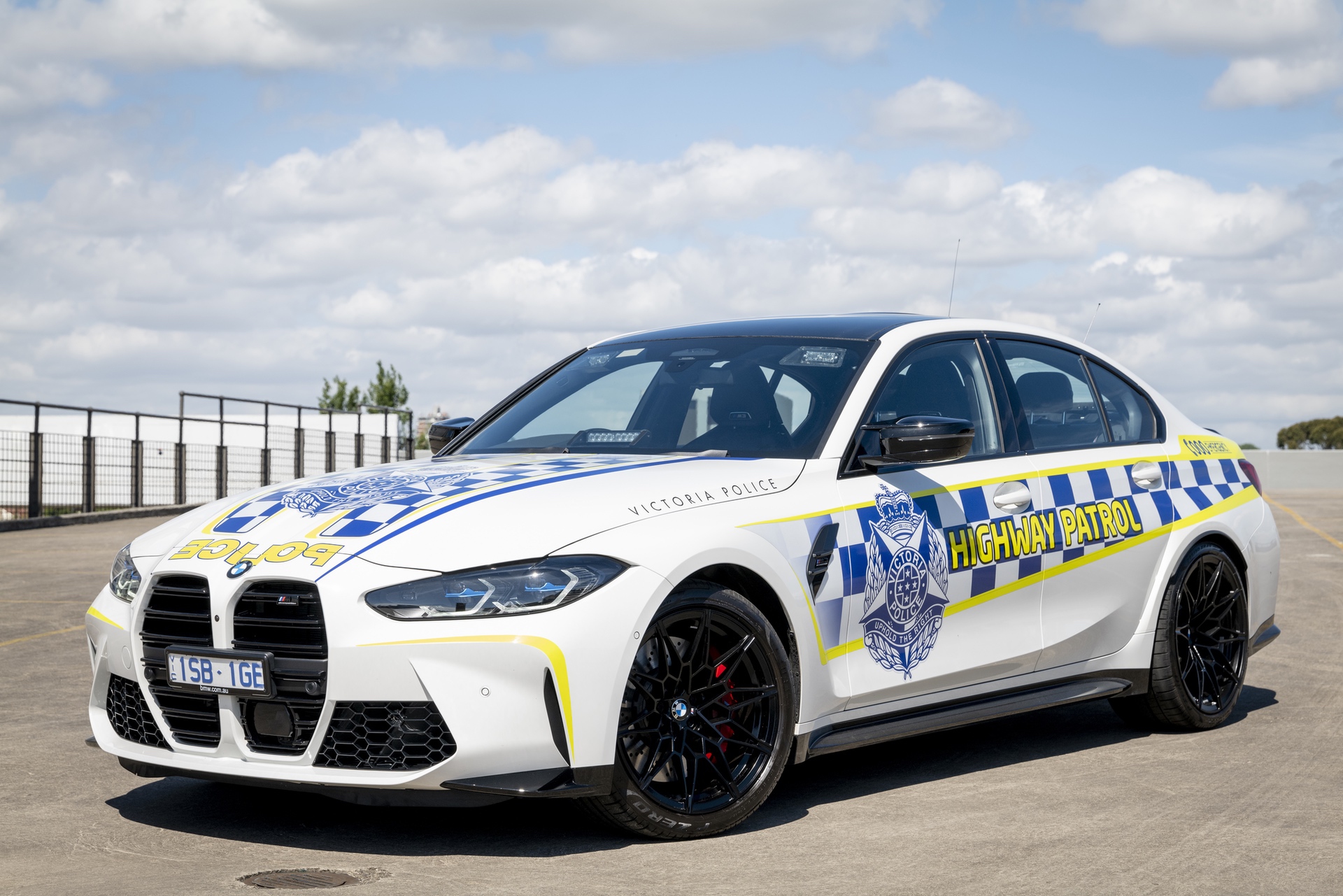 The Australian police force in Victoria will get some serious reinforcements this year with the addition of a BMW M3 Competition to the fleet. The car will enter the state’s Highway Patrol fleet for now and will be subjected to a “vehicle evaluation and assessment processes”. Catching bad guys will be a lot easier now for the police force, as they can rely on the power and dynamics of a true M car.

The official BMW Australia plates worn by the automobile suggest it is on loan to Victoria Police (VicPol) from the car maker for a limited time, rather than being purchased by the force with taxpayer dollars, as stated in the car maker’s media statement. The BMW M5 Competition evaluation vehicle used by Victoria’s Highway Patrol force in 2019 was loaned by BMW Australia for a year, after which the keys were returned. 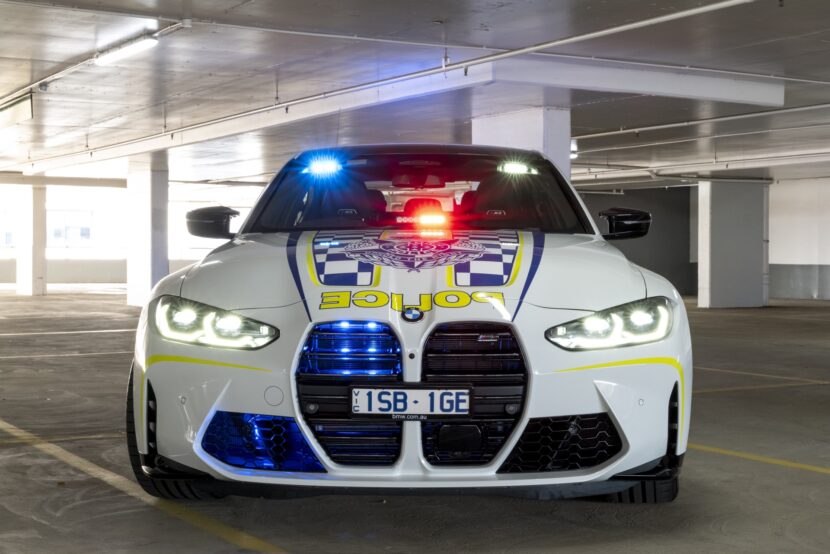 BMW Australia claims the law-enforcing M3 is already in service for “specialist duties… across the state” – though how extensive these duties will be is unclear – in contrast to other high-performance vehicles loaned to Australian police forces, which are frequently returned. As you can see in these photos, the M3 comes with all of the lights and antennas you’d expect on a police car, as well as a full Highway Patrol livery that contrasts with the standard car’s Alpine White paint and black alloy wheels. 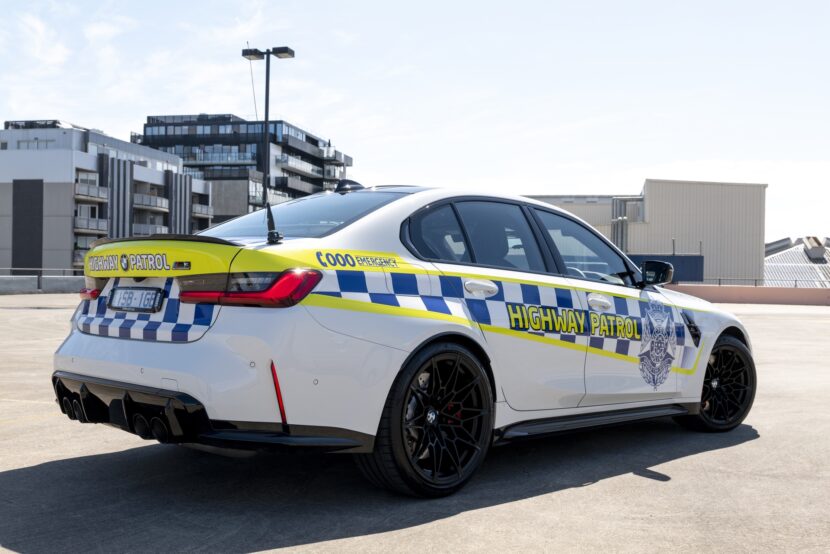 This isn’t the first time BMW and the Victoria Police force have collaborated, as you may be aware. Back in 2019 a BMW M5 Competition could be see doing the rounds on the state’s highways. That was the most powerful car ever to be part of their fleet of police cars. However, the police force has been relying on diesel-powered 530d models since 2018, when the old Commodores and Falcons that once dominated high-speed police fleets were retired. 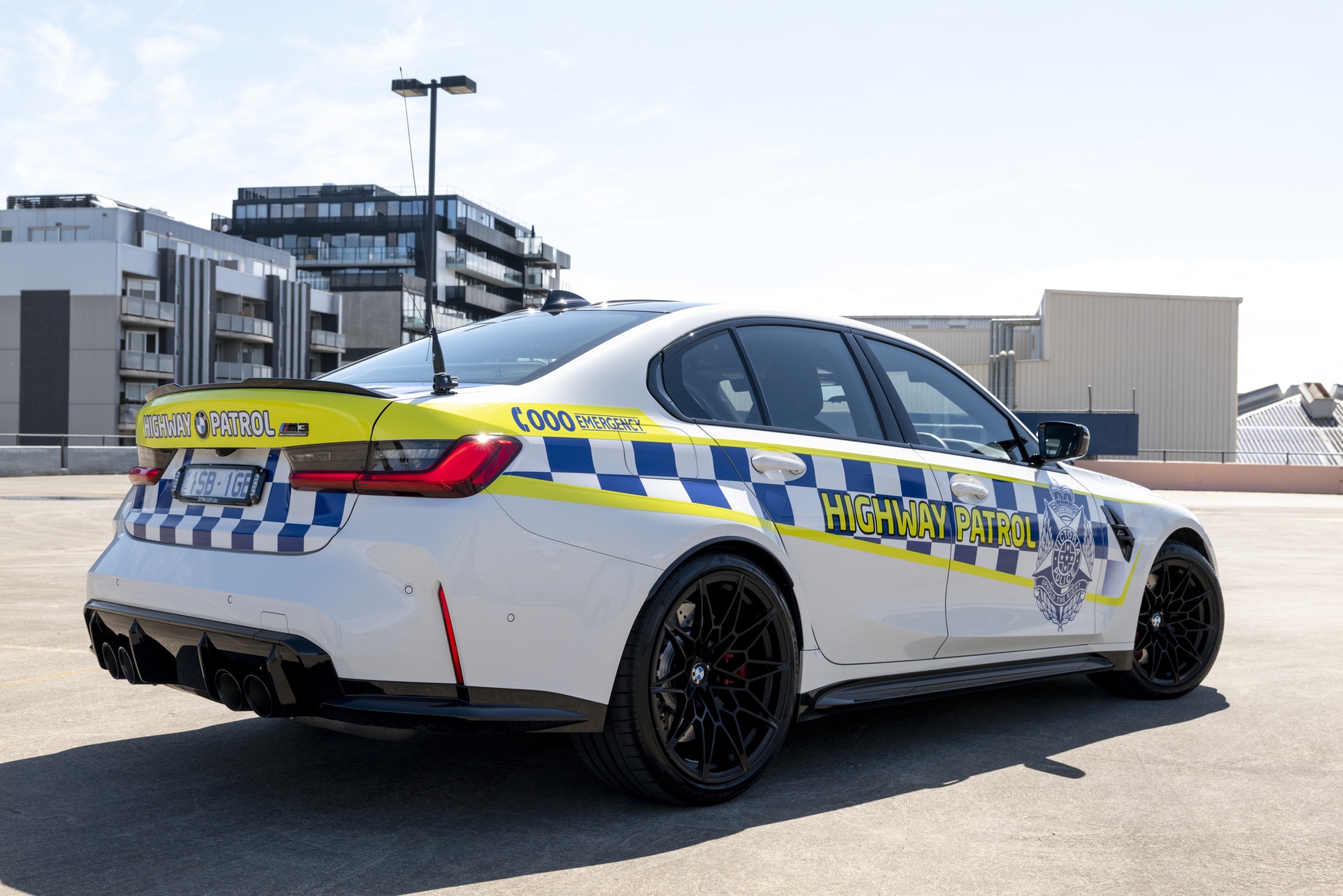 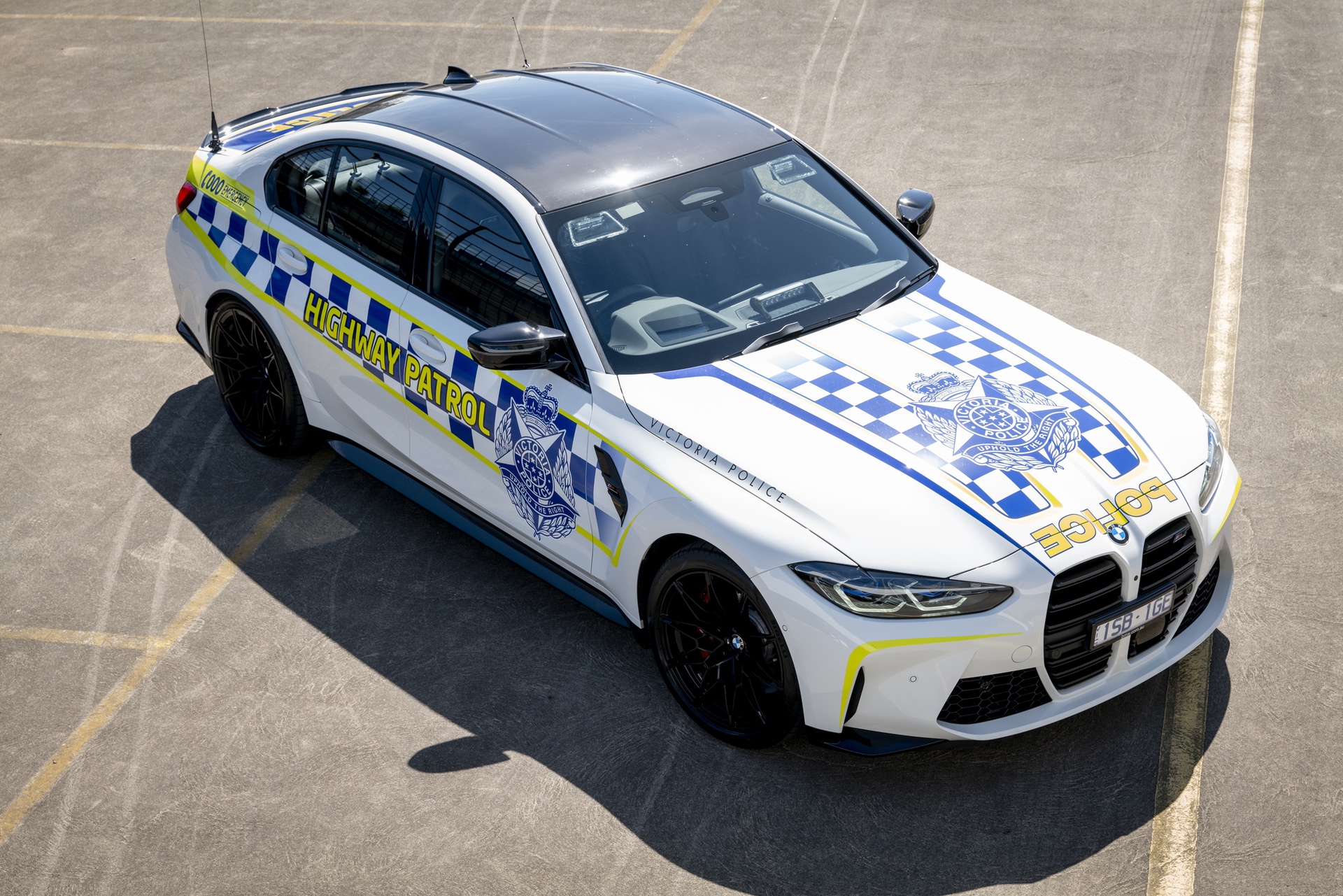 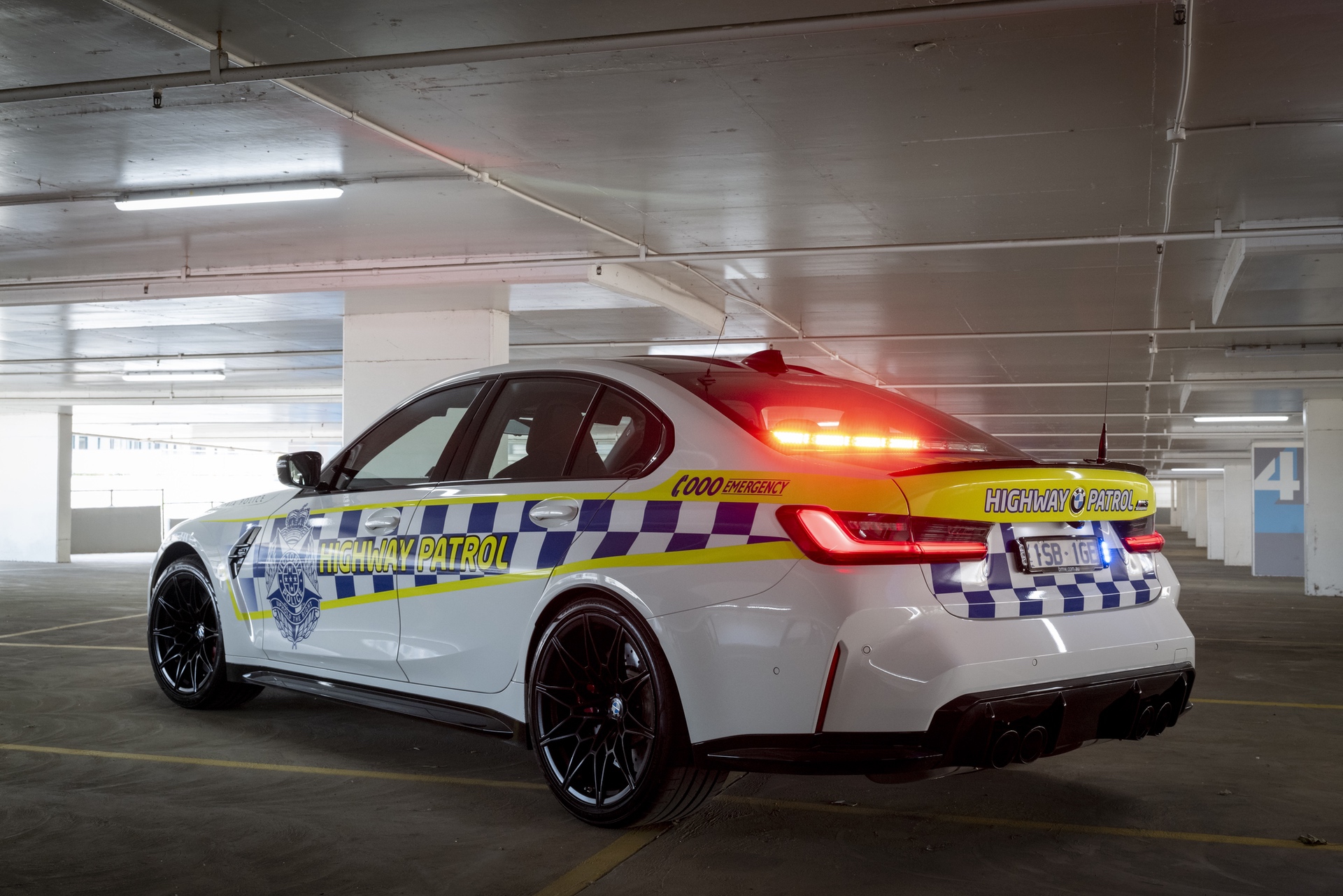 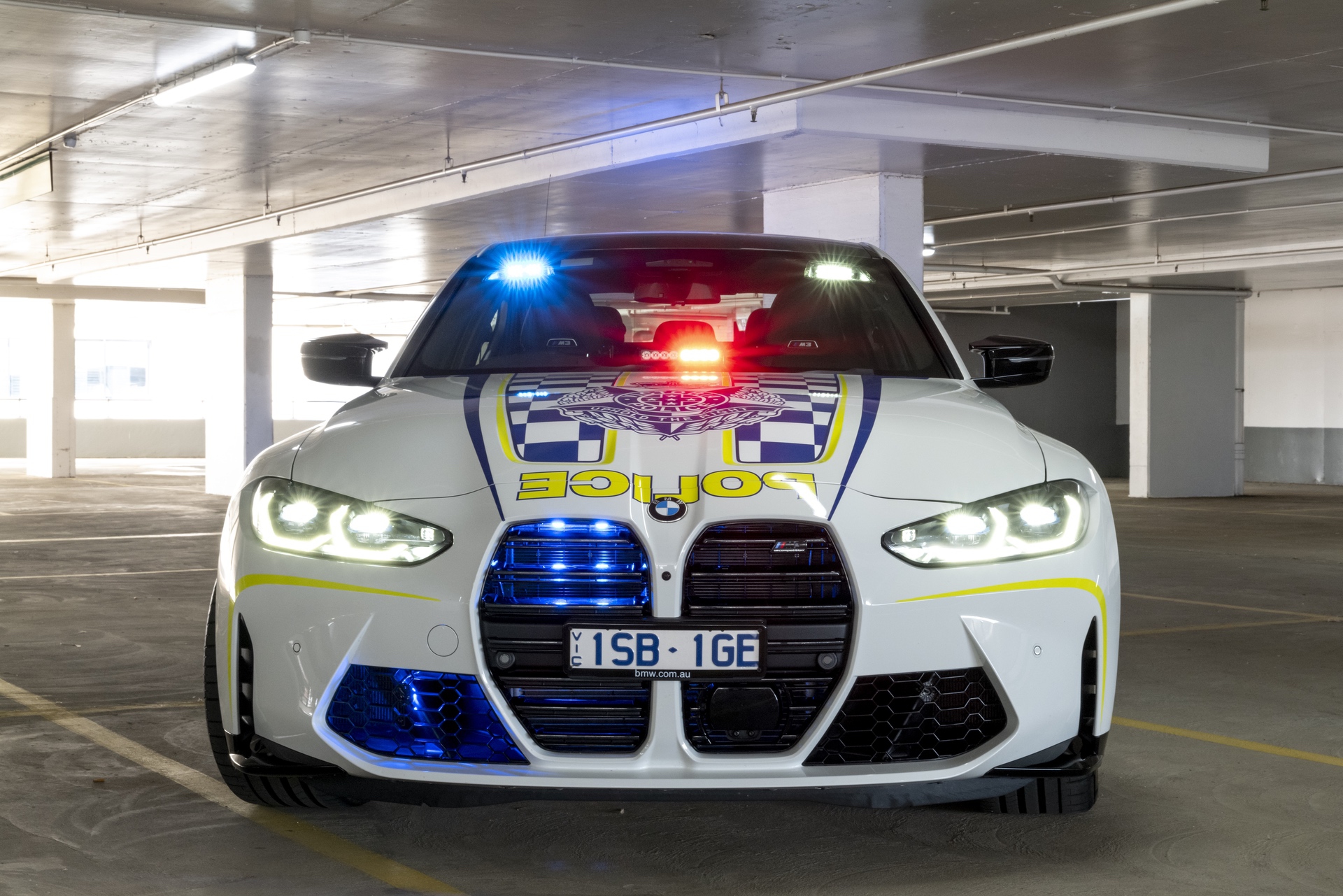