Whenever a new BMW M3 or M4 comes out, the obligatory comparison with a Porsche 911 must take place. Often, that puts the BMW model in a bit of a bad situation because  it has to face one of the most worked-on models in the history of the automotive industry. In case you didn’t know, Porsche has been refining the 911 formula for over 60 years and it doesn’t show any signs of stopping anytime soon.

Therefore, what we have in the video below is a drag race between the base 911 and the BMW M3 Competition. From the get go though, we should point out that these are very different animals. While the Porsche 911 is a sports car, with only two usable seats and an engine mounted in the back, the M3 is a more practical choice. This is more of a sports sedan, meant to be usable on a daily basis, with the entire family. 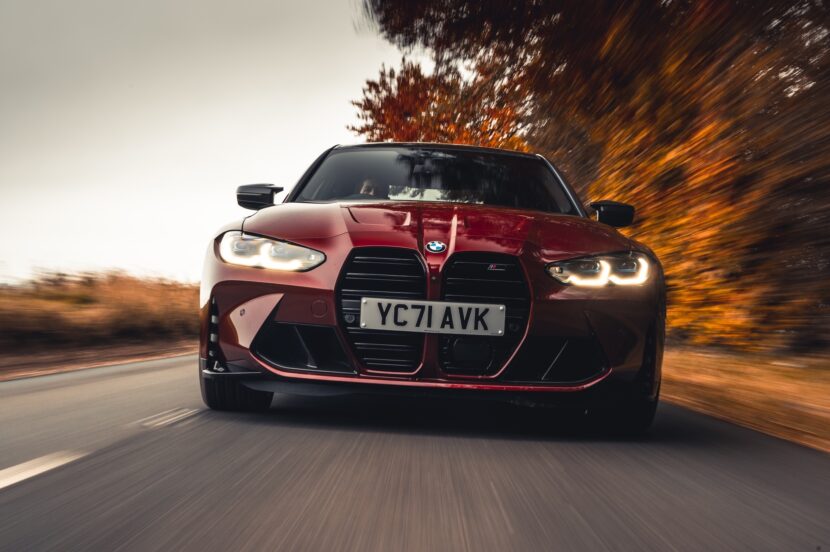 The spec sheet says a lot too. The Porsche 911 uses a 3-liter flat-six turbocharged mill, good for 385 HP and 450 Nm (332 lb-ft) of torque. It’s sending all that power to the immediate vicinity of the engine, namely the rear wheels, via a dual-clutch gearbox. That is an advantage in this case, as the positioning of the engine at the back adds more weight to the rear axle and improves traction off the line.

On the other side of the strip, the M3 Competition has a 3-liter straight six twin-turbo engine, good for 510 HP and 650 Nm of torque. It also sends its power to the rear wheels exclusively but does so via an 8-speed automatic, torque converter gearbox. The M3 is also almost 200 kilos heavier. Will the extra power be enough to make up for it? Let’s watch and find out.