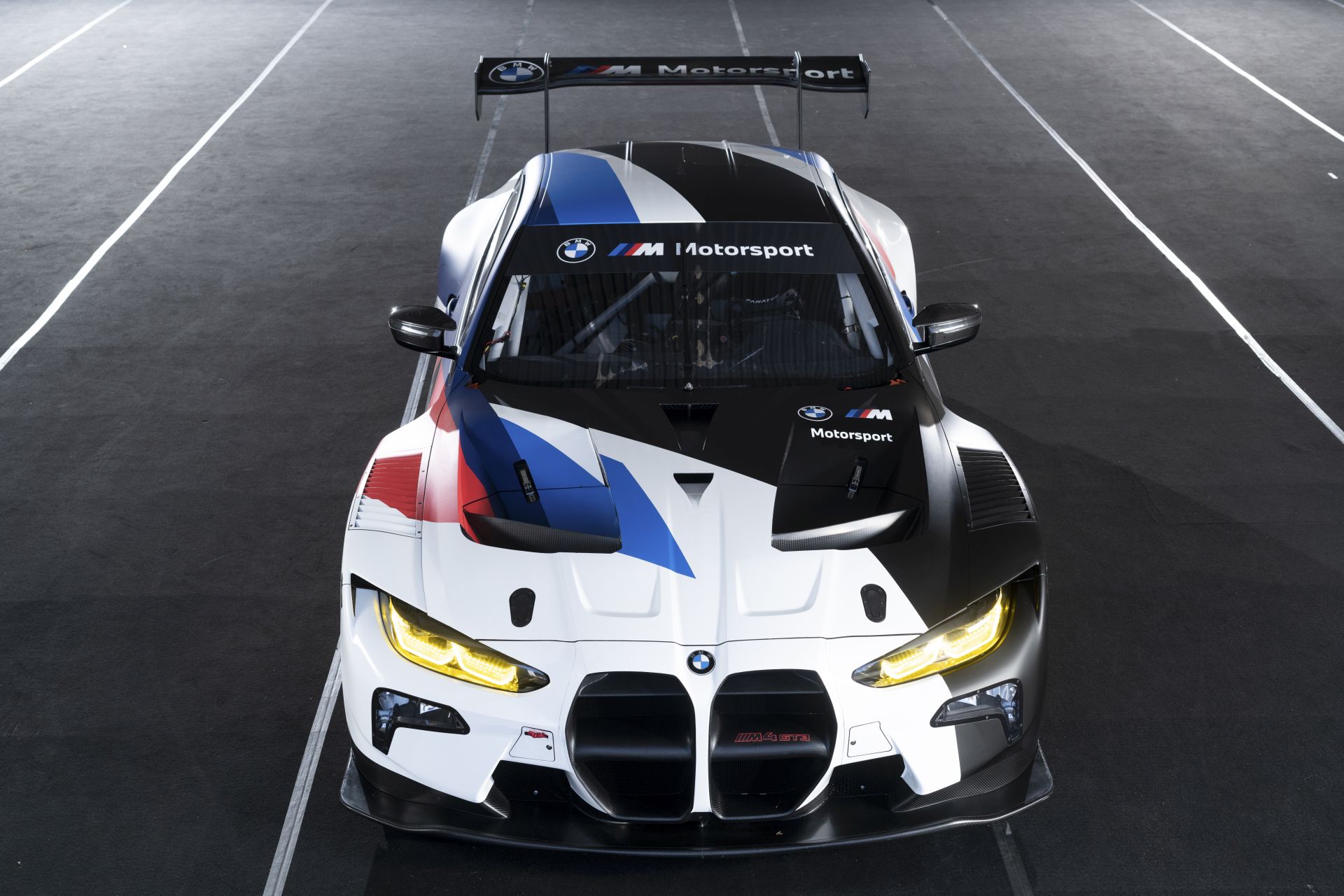 We know a livery with all the sponsors is what helps a race car team keep the lights on throughout the motorsport season, but there’s something raw about a track machine without a drop of paint on it. Samantha Tan Racing took delivery of a new M4 GT3 at BMW Welt where the colorful beast was joined by a sinister example featuring a naked body lending the M6 GT3 replacement a menacing appearance.

The handover took place earlier this week during a special event organized at the famous building in Munich’s district Am Riesenfeld, next to the Olympic Park. BMW Motorsport delivered the keys to several race cars ahead of the M4 GT3’s 2022 debut. Based on the road-going M4 Competition Coupe, the track-only variant has been in development since early 2020 and offers many improvements over its predecessor.

Its straight-six engine is about 40 kilograms (88 pounds) lighter than the old V8 and BMW’s racing division has managed to make the car €4,000 more affordable than the M6 GT3. It kicks off at €415,000, on top of which racing teams can add the Competition Package encompassing extra lights, spring travel sensors, rear radar/camera system, and a tire pressure and temperature monitoring system. Those who get the optional CP can spend a day in the M4 GT3 simulator to receive professional training.

As for Samantha Tan Racing’s race car, the artsy livery represents the work of an artist who calls himself theghostofmozart on Instagram. BMW Motorsport’s latest track toy is slightly longer than the M6 GT3 it replaces and most of that stretch can be found in the wheelbase. Even though it’s a smidge narrower, it looks downright imposing with its fender flares and a gargantuan rear wing.

A far more attainable M4-based race car is coming soon as the GT4 specification has already been teased as a direct replacement of the F82 M4 GT4. It’s due to be unveiled next year, and while pricing has not been announced, its predecessor retailed for about €170,000.