I’ve honestly been dreaming about something like this for a long time. Ever since I saw my first Porsche 911 Reimagined by Singer, I wished a small company would do the same thing with classic BMWs; reimagine them and resto-mod them to insane levels of detail and quality. Now, thankfully, someone has — this is the E30 BMW M3 by Redux.

Redux is a British company that’s decided to resto-mod E30 M3s and, according to Redux boss Simon Lord, to create “the CSL version of the E30 that BMW never built.” Unfortunately for us, we’ll never get to drive the thing. Top Gear did, though, those lucky bast… people. And apparently it’s quite good.

To create an E30 M3 resto-mod, Redux takes a donor car and completely strips it back to bare metal. They then get to work re-welding the chassis of the car, to make it far more rigid than it was from the factory. According to Top Gear’s Ollie Marriage, who drove both the stock car and the Redux car back-to-back, the latter feels worlds more rigid. After the stiffening up, almost every body panel is also replaced with carbon fiber, with the door skins and roof being the only exception. However, Redux plans on making the roof carbon and offering carbon door skins as options. The whole car only weighs 1,150 kg (2,535 lbs). 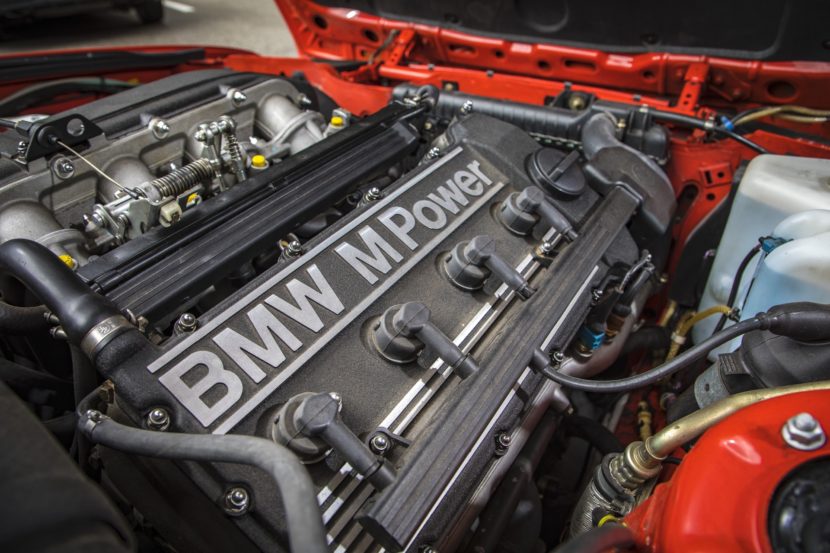 The body panels aren’t just about saving weight, The iconic boxy fender flares are 40mm wider at the front and 50mm wider at the rear, to accommodate the wider DTM-style 18″ wheels, which are needed for the larger AP Racing brakes. All of the main suspension components; control arms, rear trailing arms, anti-roll bars, and wheel carriers are modified as well. Bilstein Grp A Dampers are the standard shocks but customers can also choose three or four-way adjustable Exe-TC dampers, similar to Singer 911s.

Redux also modified the engine, increasing the bore from 2.3 liters to 2.5 liters and fitting it with new pistons, throttle bodies, and a Motec ECU. It now makes around 300 horsepower and revs to 8,200 rpm. Spicy.

According to Top Gear, the E30 BMW M3 reimagined by Redux is a blast to drive but it’s not perfect. Singer, Eagle, and Alfaholics have all had many years of experience tinkering with and tweaking their formulas. To be honest, we’re just happy such a thing exists.