Gone but not forgotten, the BMW M140i is still among the most exciting hot hatches thanks to its rear-wheel-drive nature combined with an inline-six engine all wrapped up in a compact package. The M135i that came after it is not exactly a direct replacement, having switched to a FWD platform while losing two of its cylinders and going with transversely instead of longitudinally mounted powertrains. It’s the reason why the old 1er is still getting a lot of attention, especially the M Performance version.

Case in point, NV Motorsport UK worked its magic on the range-topping version of the F20, which was far from being underpowered considering the B58 delivers 335 horsepower and 500 Newton-meters (369 pound-feet) of torque in stock form. Courtesy of a stage 3 kit that includes a custom turbocharger among others, the 3.0-liter unit has been massaged to deliver a whopping 552 hp and 680 Nm (502 lb-ft). To put those numbers in perspective, the current M3/M4 Competition are down on power by nearly 50 hp and 30 Nm (22 lb-ft) compared to this little monster.

The turbocharged inline-six engine has been specifically tweaked to run on premium fuel (99 RON) and was fitted with new filters, gaskets, and fluids before the dyno test. It also has a modified exhaust and some other changes to extract that immense output. Interestingly, NV Motorsport UK mentions the M140i is capable to deliver even more oomph as the turbo can bump power to as much as 800 hp. 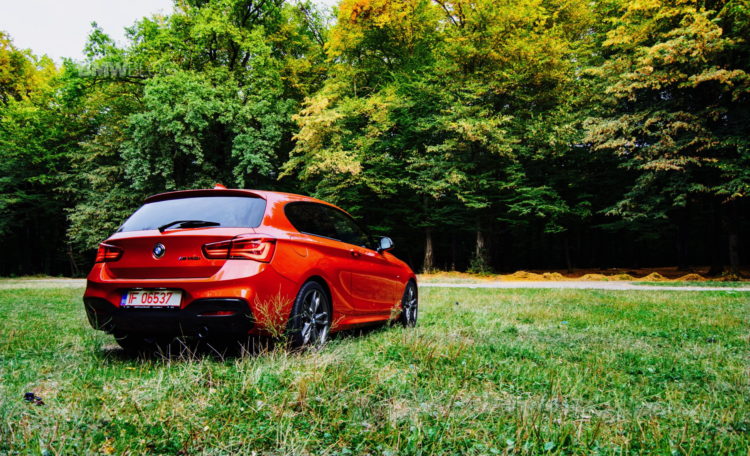 However, it’s only possible if the modified engine feeds on E85 or is equipped with methanol injection. The tuner aims to put the car back on the dyno following some additional changes by installing a port injection and dialing up the boost furthermore. If you’re unfamiliar with port injection, its sprays the gasoline into the intake manifold where it’s then combined with air before going down into the cylinders.

Many would argue 550 hp is more than enough for a compact hot hatch, but tuners are also eager to push an engine to its limits and see how much it can take.