Note: Don’t forget to turn on the English subtitles. Pitting the latest BMW M3 against the M140i doesn’t seem like a fair fight, but this is no ordinary M140i. You’re looking at a hot hatch that happens to have a stage 2 tuning kit, bumping the engine’s output quite close to what the G80 on its right packs under the hood. The high-performance sedan is a base version with rear-wheel drive and a manual gearbox while the five-door compact Bimmer is also a non-xDrive model, but with an automatic.

There’s one more thing the two have in common as both the M3 and M140i ride on winter tires, and with power going exclusively to the rear axle, traction off the line is not ideal. Now, speaking of that power. With the sedan lacking the Competition badge on its trunk lid, it offers 473 horsepower from its S58 straight-six engine while the B58 is rated at 335 hp in stock form. 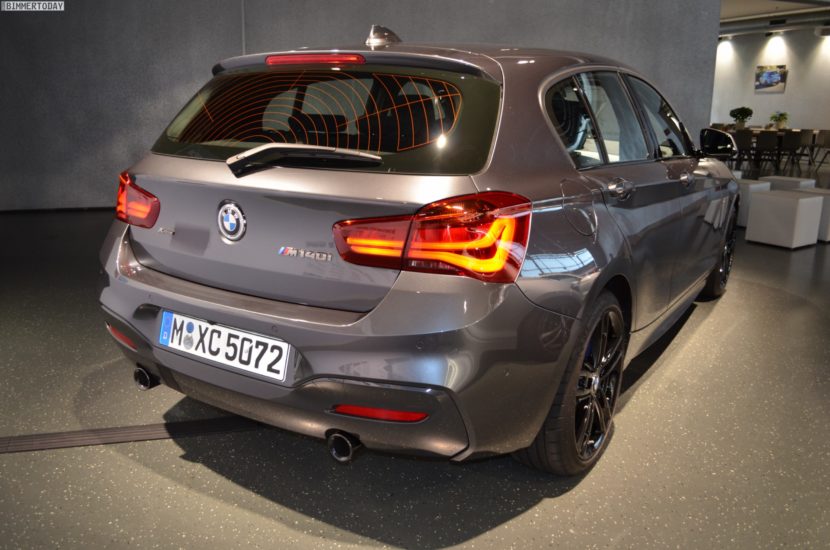 The massive 138-hp deficit has been largely neutralized courtesy of the aftermarket package, taking the 3.0-liter engine to 463 hp. Leveling the playing field is a tasty ingredient for a juicy drag race recipe that would otherwise have a clear winner just by looking at the technical specifications. The outcome of the first two drag races was established right from the beginning as the M140i had a poor start, much like the M3 in the second duel due to an untimely gear change.

The first roll race was actually the most interesting as the two M cars were neck and neck throughout the entire showdown. The M3 driver claims he wasn’t aware of the M140i’s tune and therefore was surprised the hatchback was able to keep up with its bigger brother. Being much lighter and having the advantage of the ZF eight-speed automatic, we are not too surprised the final six-cylinder 1 Series won in the second roll race.