There’s an old saying – When life gives you lemons, you make lemonade. That’s what Theo, the owner of this BMW M135i, did when a tree fell onto his hot hatchback and he ended up in the hospital with broken ribs. The car was severely damaged, but rather than scrapping it, the hot hatch enthusiast decided to spend €15,000 to fix it. Not only that, but he also modified the car extensively to squeeze out a lot more power.

Originally painted in black, the pre-facelift M135i of the xDrive variety from the F20 generation now has a blue body wrap and boasts a custom front splitter for a more aggressive front end. Theo’s all-wheel-drive 1 Series M Performance rides on Z-Performance 19-inch wheels and benefits from an iPE exhaust system with a bypass valve for a better sound.

The real magic is under the hood where the inline-six 3.0-liter engine has received an Eventuri intake, a TTE550 turbo, a beefier fuel pump, and many other mods. The major modifications made to the N55 have bumped output from the stock 315 hp (235 kW) and 332 lb-ft (450 Nm) to a whopping 500 hp and (820 Nm) of torque. As if that wasn’t enough, the owner is planning to install a water-methanol injection that should take horsepower to 560. 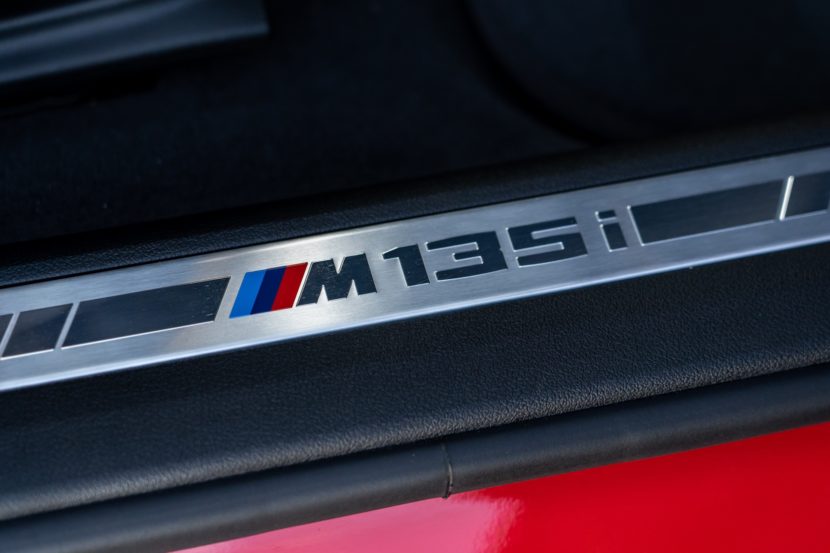 As you can imagine, so much power into a relatively small car turns the M135i into a real hoot on a twisty road, but also on a straight line. The little BMW delivers amazing acceleration and sounds good while doing it courtesy of the bypass valve enabling a more visceral noise while the N55 is being pushed hard. Having so much power compared to the standard version, it’s a good thing the car boasts all-wheel drive as it would’ve likely been quite temperamental with 500 hp sent only to the rear axle.

The amped-up BMW M135i headed to the Autobahn where it effortlessly managed to raise the speedometer’s needle to 162 mph (260 km/h) at 4,500 rpm, so it could’ve gone even faster. However, the driver refrained from pushing it to the maximum because he was afraid the front splitter would detach from the car since he had some bad experiences with that specific type of splitter.