Let’s take a short break from our extended coverage of the XM and travel thousands of miles to South Korea where Genesis just unveiled its second-generation G90. The fullsize luxury sedan serves as the flagship model of the premium brand established by Hyundai several years ago, a brand with a growing portfolio to go after BMW.

Beauty is in the eye of the beholder, but we can all agree the Asian luxobarge looks substantially different than traditional models like the 7 Series, A8, and S-Class. Genesis is coming after these three cars with a long-wheelbase option (blue car) for an abundance of rear legroom. The LWB model also makes more generous use of chrome around the windows and features bespoke alloy wheels with an almost closed-off design.

If you haven’t been keeping an eye on the company’s design language, all of its models follow a so-called “Two Lines” motif for the lights. Not only does the new G90 have split headlights and taillights, but even the wide turn signals mounted on the front fenders consist of two parallel LED bars. Speaking of the profile, Genesis is also giving its range topper door handles that remain flush with the bodywork when not in use.

Many have been criticizing BMW for its XXL pair of kidneys installed on the outgoing 7 Series, but the G90’s corporate “Crest” grille is imposingly large as well. In addition, the lower air intake is almost as wide as the bumper, thus lending the front fascia a design dominated by the mesh pattern. The two radar sensors are quite visible and we’re still hoping for the tech to evolve and allow automakers to integrate them in a more discreet way.

The revamped G90 certainly has presence, particularly the stretched version with its extra-long rear doors to compete with the 7 Series Li, A8L, and the Maybach S-Class. Images of the luxurious cabin have not been released, nor have technical specifications since Genesis is only showing the exterior for the time being.

Sales will start next year, but not in Europe where the G80 will remain the largest sedan offered by the brand. The 7 Series G70 is also coming 2022 and will offer gasoline, diesel, plug-in hybrid, and fully electric versions. 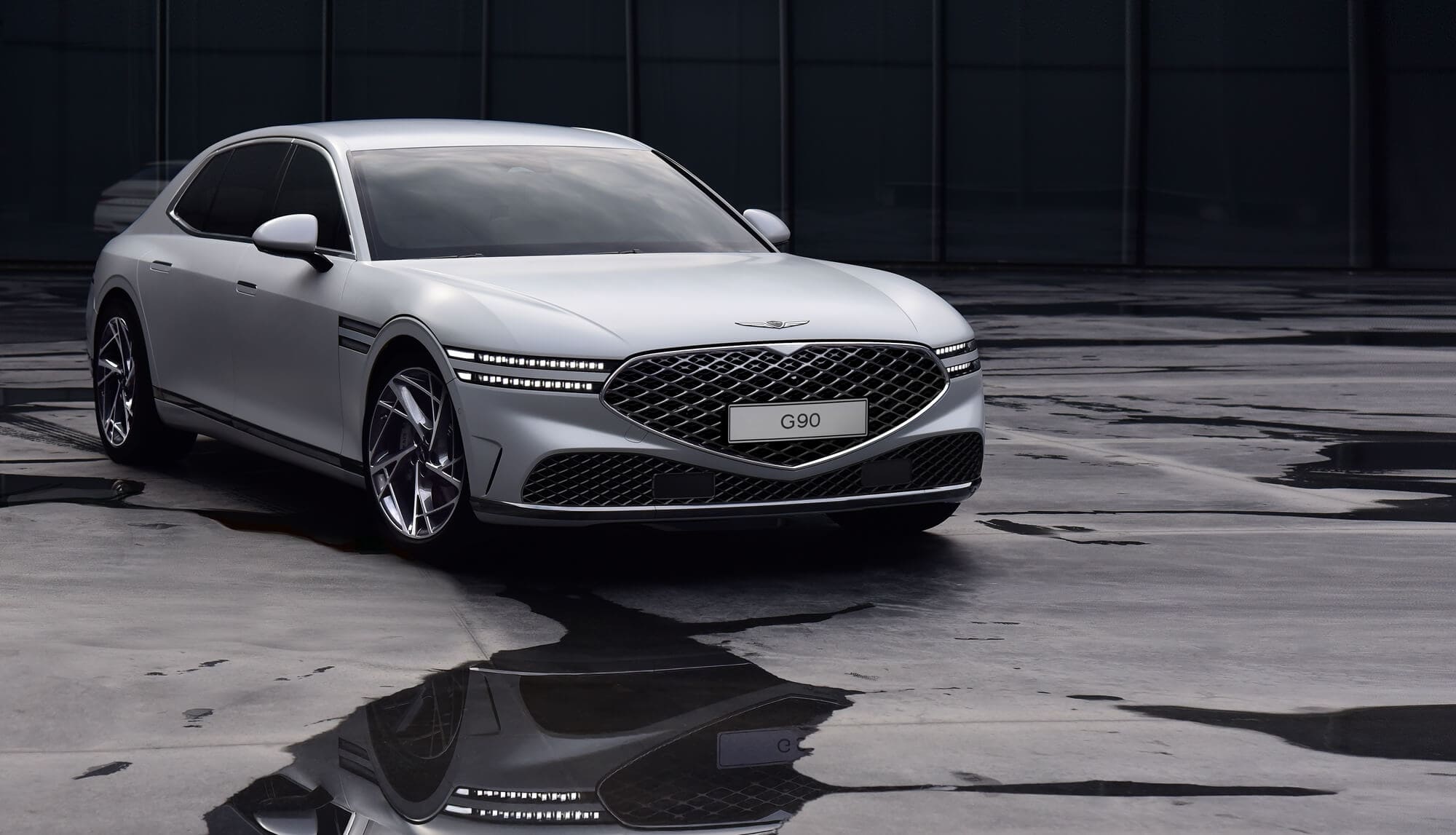 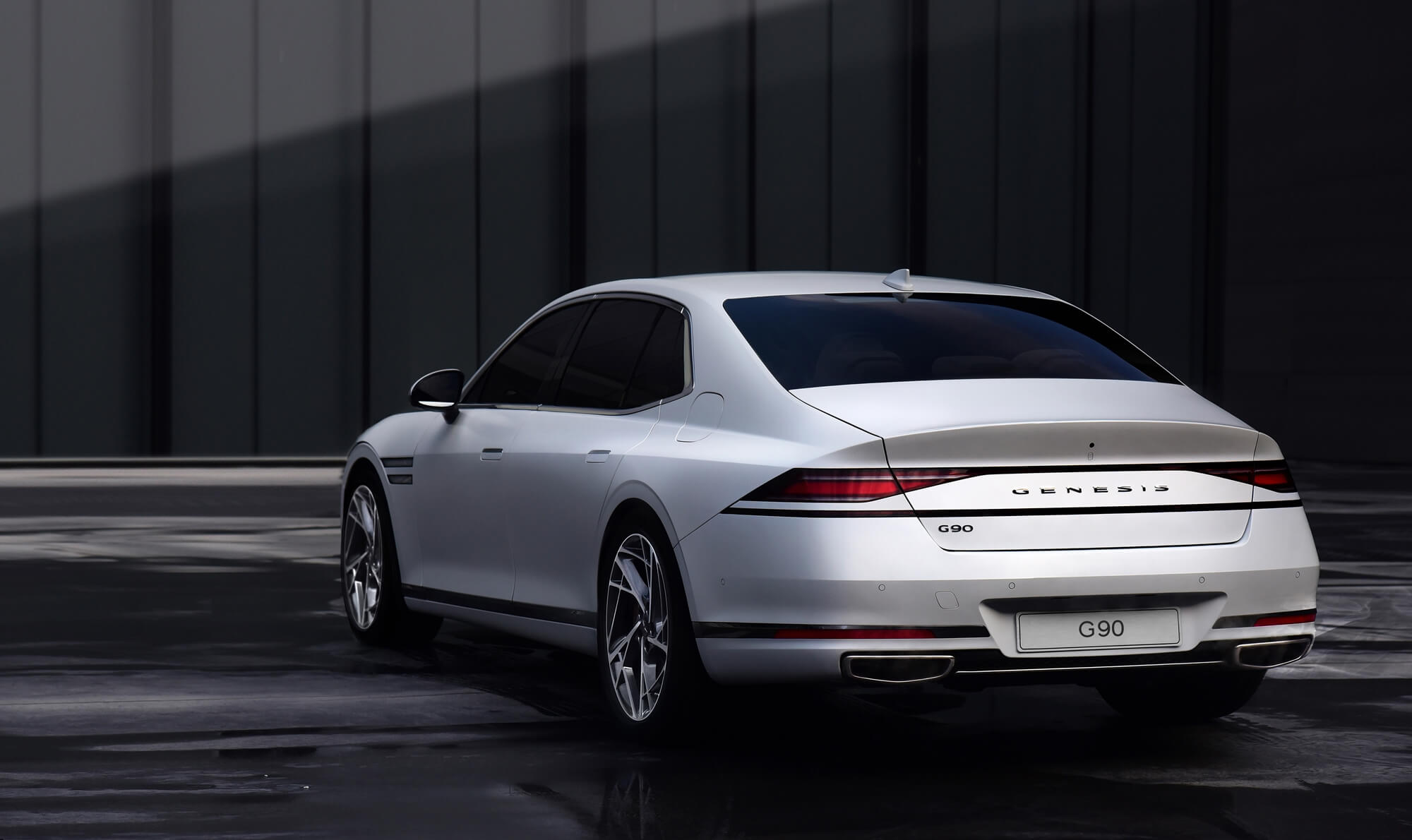 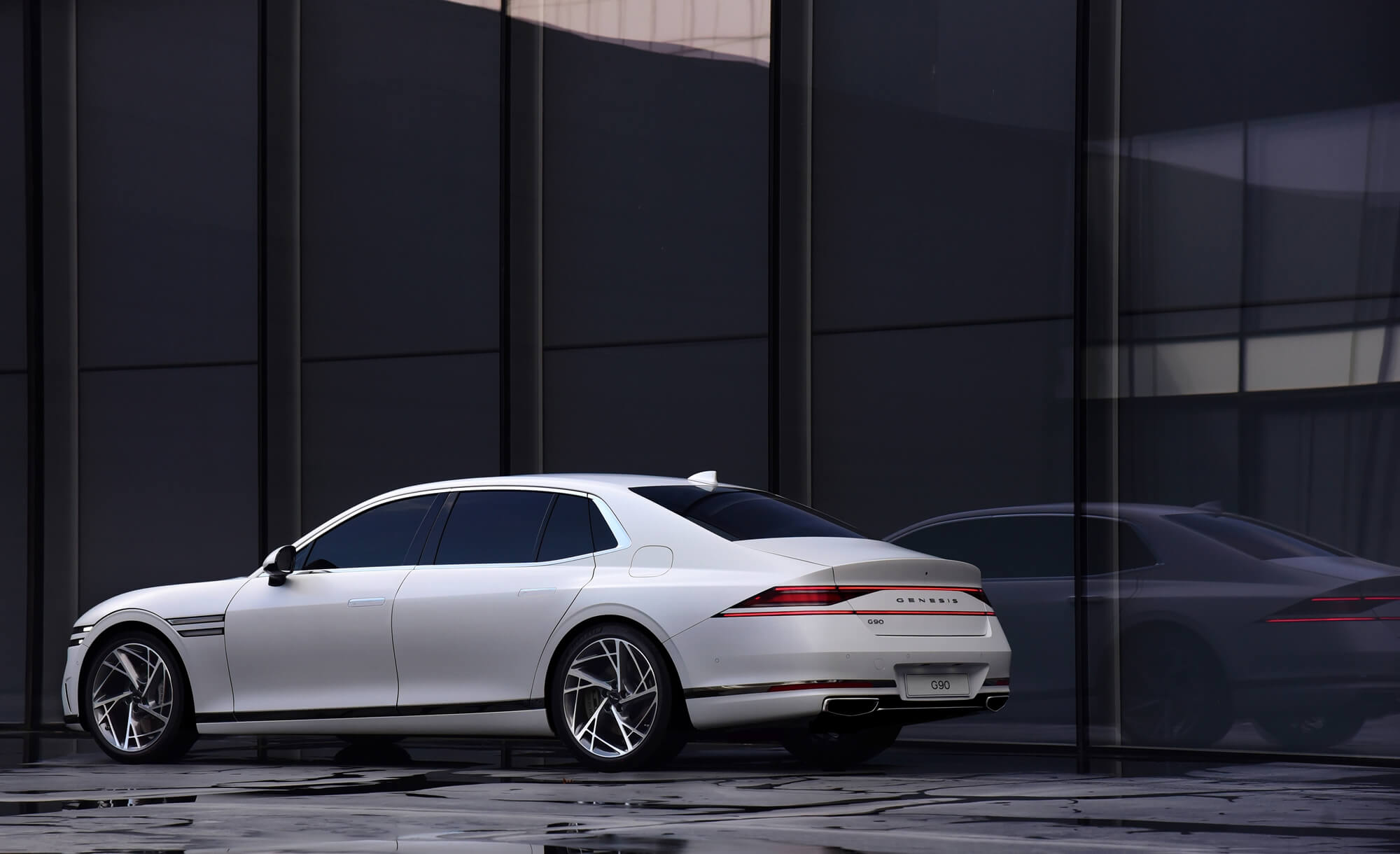 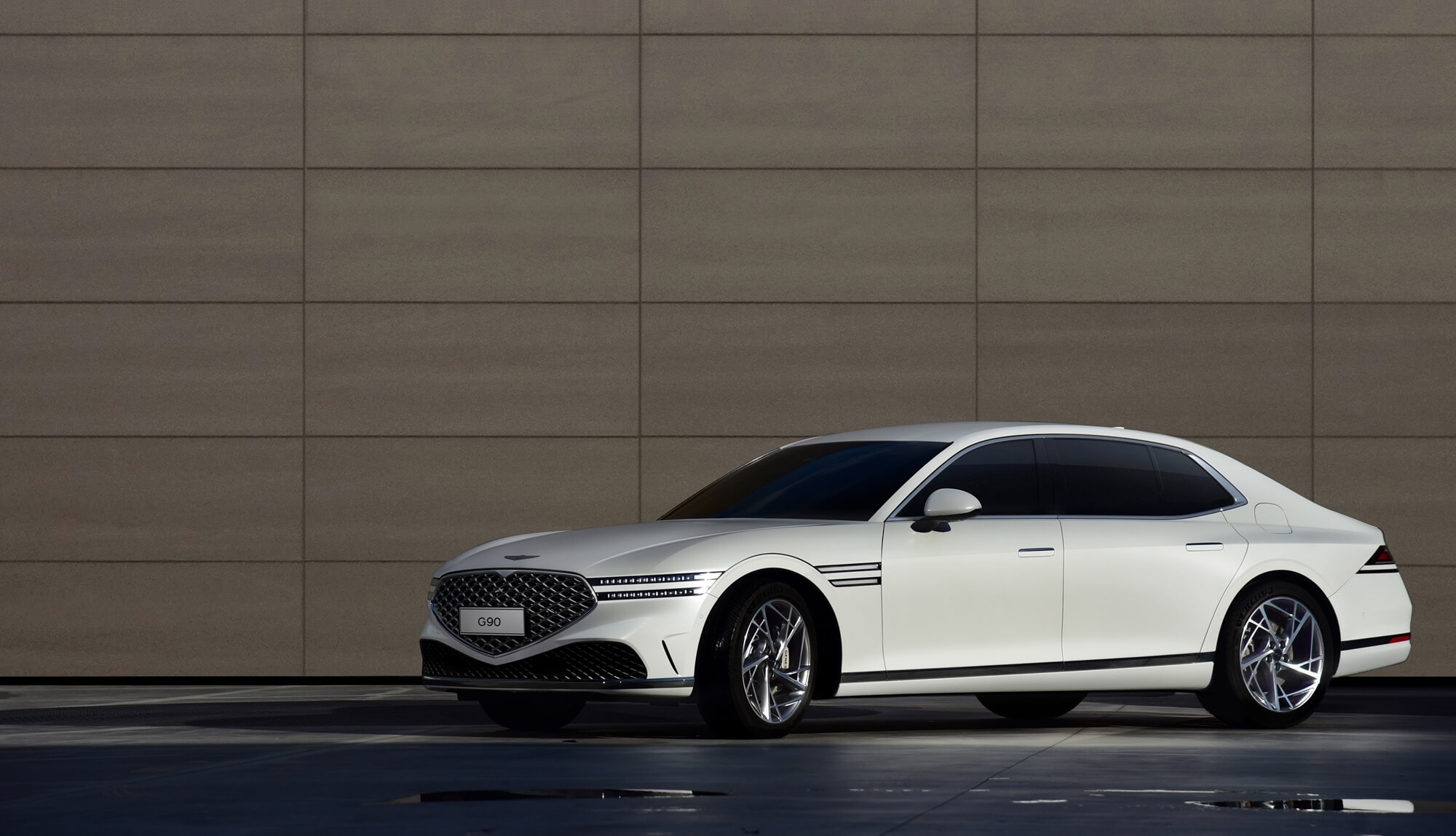