The BMW XM is one of the most important and exciting performance cars in the brand’s recent history. Not only is it the first standalone BMW M car since the original M1 (it’s actually more of a true M car than the M1, as it was designed by BMW M, too) but it’s also the brand’s first hybrid. So now that the XM Concept is finally here, showing off a very production-ready look at the upcoming car, we spoke with the man behind the M Division — CEO Frank van Meel.

BMW M had a clear vision for the customer of the XM, according to van Meel. The BMW XM is for an extroverted customer that wants performance and luxury. Which is why the design is so bold and extravagant, both inside and out. 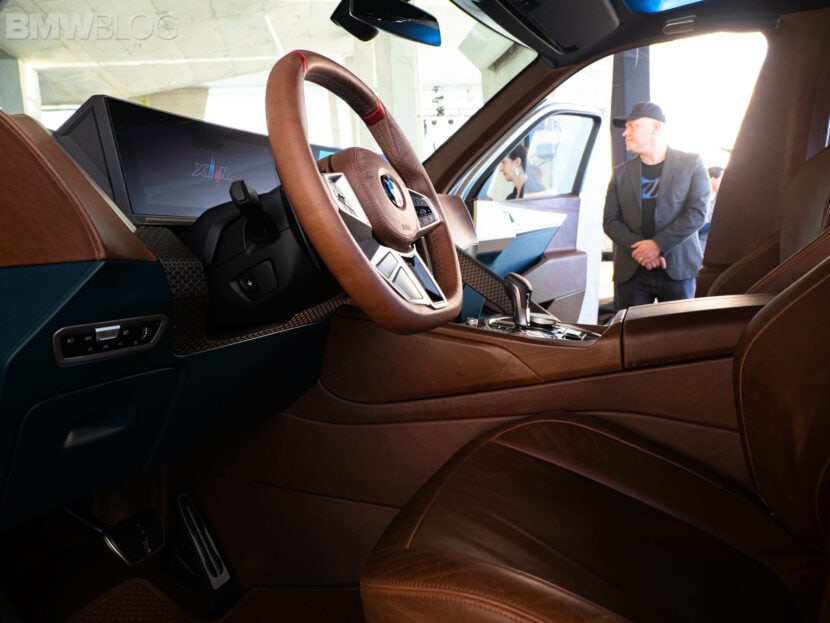 Every aspect of the exterior is angular, aggressive, oversized, and in your face. There’s nothing subtle or simple about its design but that’s intentional. However, inside, it’s a bit tamer and a bit more focused on luxury and quality. One look at the front half of the cabin proves that, with its aged-looking vintage leather, which gives off the look of a worn-in leather jacket or baseball glove and is admittedly rather beautiful.

While the back half of the cabin is far more luxury-oriented, with a blue velvet rear bench and a funky three-dimensional, geometric headliner. The contrast between the two is, according to van Meel, very much like Dr. Jekyll and Mr. Hyde.

However, van Meel knew that customers wanted power and, to give them that, BMW M decided to stuff its engine bay with a massive V8. But it’s also electrified, making it a plug-in hybrid — BMW M’s first. The hybrid power isn’t for efficiency’s sake, though, it’s for power. The BMW XM makes a total of 750 horsepower and 738 lb-ft (1,000 Nm) of torque, making it the most powerful BMW in history. It can still do a bit of all-electric driving, though, about 30 miles of it (EPA estimate). 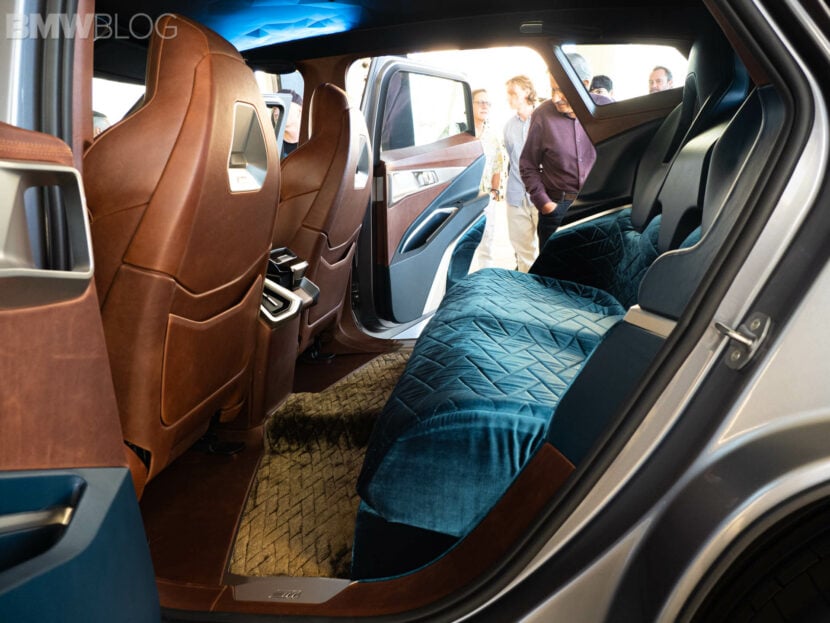 If you want to learn about the BMW XM, there’s no better person to listen to than Frank van Meel. The XM was developed under his watch and he’s the man in charge of the M Division. So check it out.