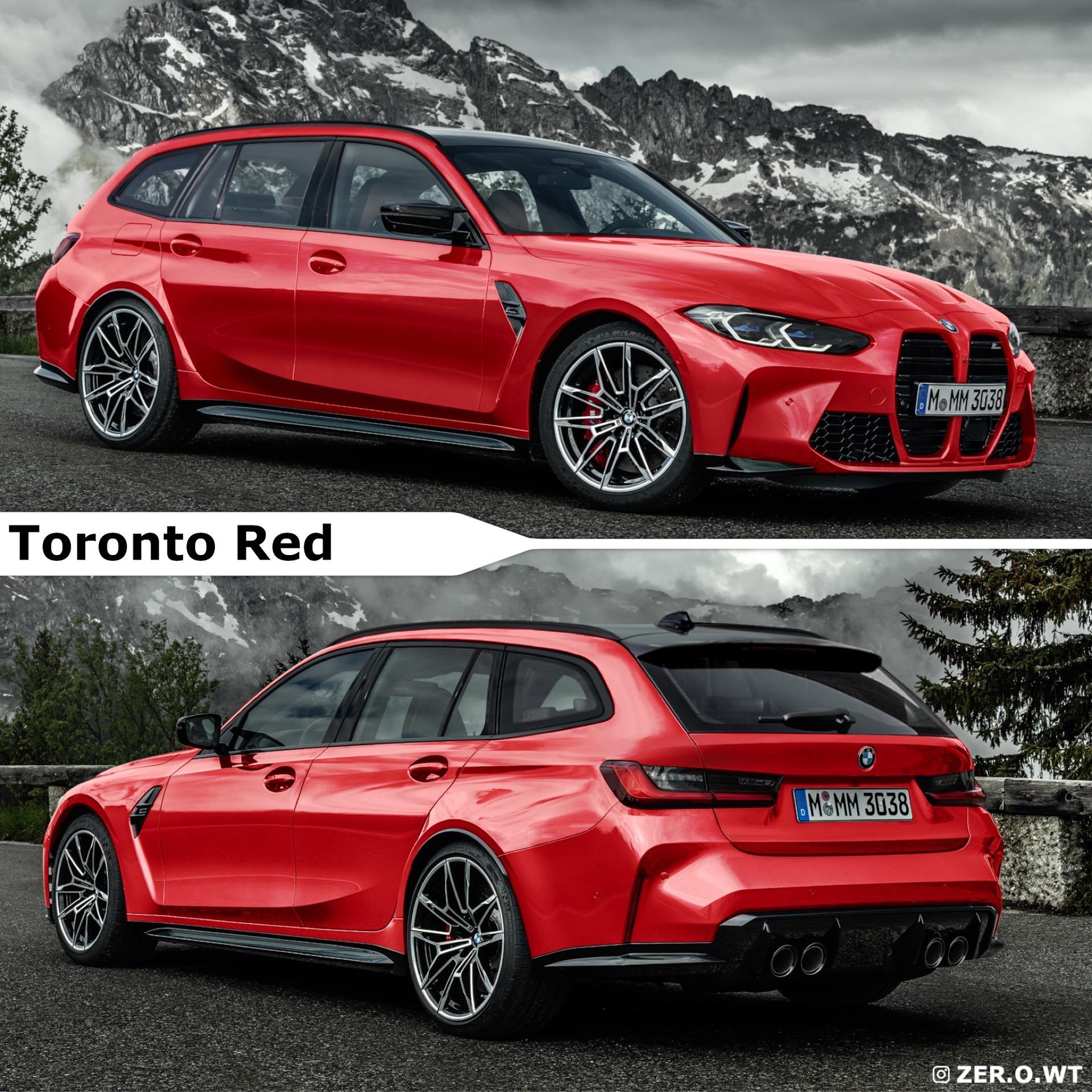 It has been a teaser-filled week at BMW HQ considering the previews for the M4 GT4 customer race car and the Concept XM plug-in hybrid SUV, with the M3 Touring now following suit. Every now and then, the high-performance wagon makes the headlines to remind us all that people will finally be able to buy one as opposed to the one-off M3 E46 Touring.

The latest image of the Audi RS4 Avant rival shows a fully camouflaged prototype in Italy at the Mugello circuit, but the track layout plastered onto the side profile depicts a different circuit located some 633 miles (1,018 kilometers) away. It would appear BMW is currently testing the long-roof M3 at the Ferrari-owned circuit in Tuscany while hinting at a potential lap record at the Green Hell.

The official BMW M page on Facebook had an interesting reply to the following comment: “We expect the ‘Ring record to be smashed!” Whoever handles the social media platform for the Bavarian company said: “It shouldn’t take long.” Perhaps we’re reading too much into this, but we are getting the impression the M3 Touring will attempt to take down the record for the fastest production wagon at the Nordschleife.

Set to be a forbidden fruit in the United States, the M3 in the estate body style will need to complete a lap of the famous German circuit in less than 7 minutes and 45.19 seconds. The current record belongs to a speedy wagon from a segment above, namely the Mercedes-AMG E63 S Estate. Back in November 2017, the fast family hauler set the record in the hands of Christian Gebhardt from Sport Auto magazine.

As a refresher, it is widely believed BMW will sell the M3 Touring exclusively in the Competition guise with all-wheel drive and an automatic transmission. The car was initially not part of the plan for the latest M3, but the former M CEO Markus Flasch insisted to go after the AMG C63 and ultimately got the project approved for production. In a recent interview, he said an AWD setup is “indispensable in the high-performance station wagon segment,” which tells us the car will come exclusively in xDrive format. The official reveal is scheduled to take place at some point in 2022, and we’re pretty sure there are going to be plenty more teasers to ease the wait until the big debut.