We have yet to discover how the new BMW 2 Series Coupe production model is to the drive, and until that moment arrives, a new video of the spicy M240i helps us get acquainted with the noise delivered by the B58. The only 2er to come with an inline-six engine (well, until the next M2 arrives), the M Performance model briefly revved its 3.0-liter engine in a partially empty parking lot.

The video comes to us courtesy of YouTuber BeamerView who had the opportunity to borrow the latest Bavarian compact coupe from BMW of Sudbury in Massachusetts. We get the chance to check out how the engine changes its soundtrack depending on the selected driving mode, from a rather muted note in Eco mode to the aggressive note of the Sport+.

Perhaps the most interesting is the difference between Sport and Sport+ as the latter is obviously more along the lines of what enthusiasts expect from this type of vehicle. Bear in mind we’re dealing with an M240i built for North America, so the European model might not sound as nice due to the gasoline particulate filter. That’s necessary on the Old Continent where emissions regulations are considerably stricter, and in some cases, cars imported to Europe have less horsepower and torque for the sake of efficiency. 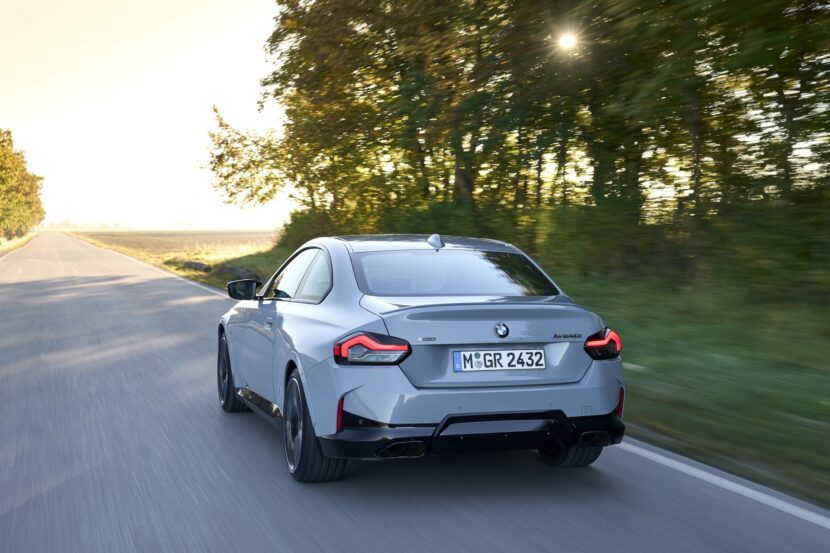 As with all second-generation M240i examples we’ve seen so far, this one has xDrive since it’s the only configuration available at this point. However, that will change sooner rather than later since BMW will introduce a lighter and presumably more affordable rear-wheel-drive version. However, the tail-happy model will also be auto-only as its xDrive counterpart, meaning you’ll have to step up to the M2 (G87) for a stick shift and a clutch pedal.

There are already ways to make the 2 Series Coupe look meaner without having to wait for the M2 by paying extra for M Performance upgrades. We got up close and personal with an example decked with M carbon fiber goodies, including a chunky trunk lid spoiler, lending the M240i a racy look that would make people who are not into BMWs mistake it for a fully fledged M car.

The new 2 Series Coupe’s market launch is happening this month in the United States, but only in rear-wheel-drive 230i and M240i xDrive flavors. The all-paw 230i and RWD M240i will follow, along with the flagship M2 as the icing on the G42’s cake.