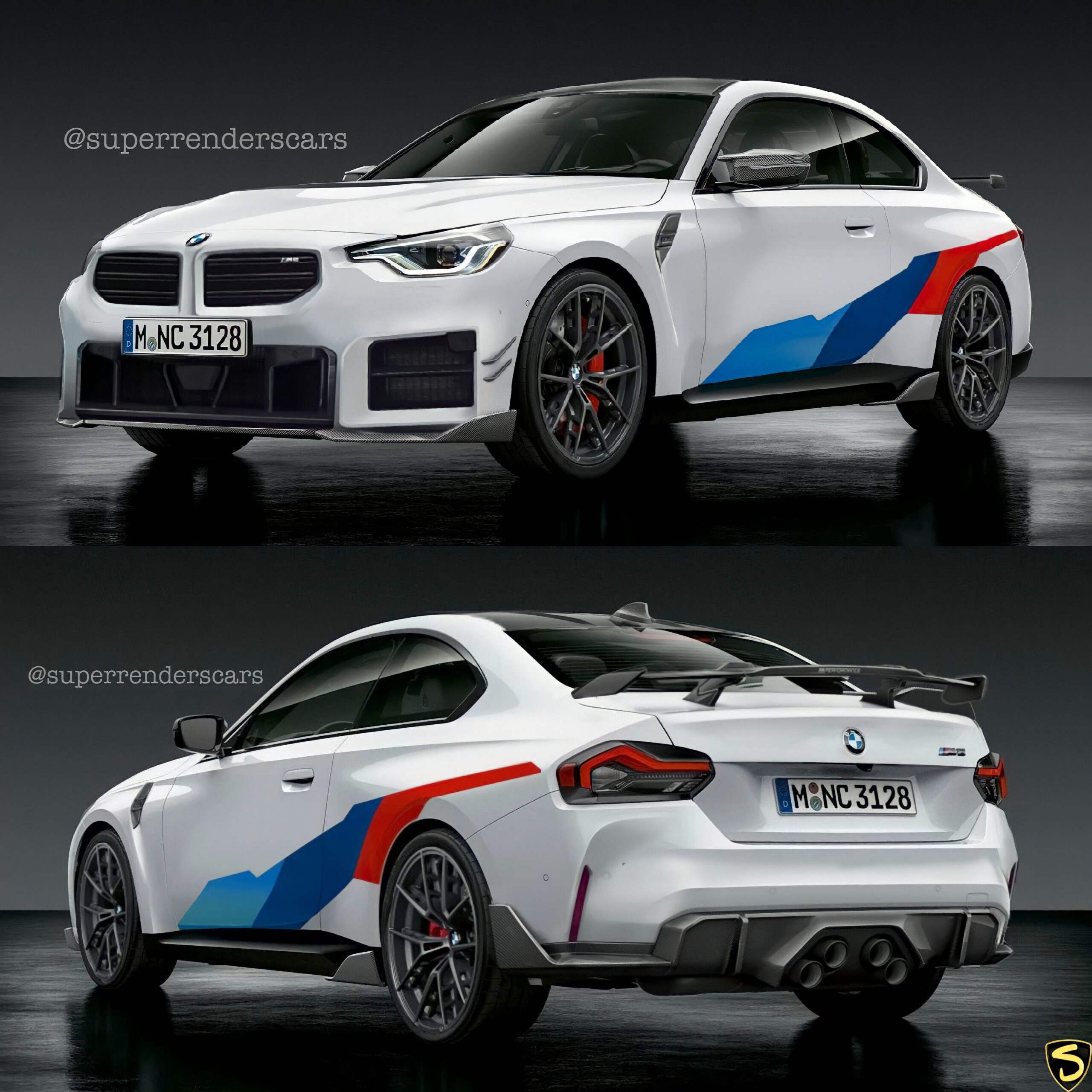 BMW fans are naturally excited about the idea of the upcoming BMW M2. At the moment, the M2 is in good favor with enthusiasts, due to just how brilliant the M2 CS is. So fans are hoping BMW M can roll that excellent into the next-generation M2. If there’s one concerning element of the upcoming M2, it’s the styling. In this new render, we get to see what the BMW M2 might look like and, taking it a step further, what it might look like with M Performance Parts.

When the new BMW 2 Series first debuted, most fans weren’t sure how they felt about it. A lot of it looks good but some of it looks really wrong. For instance, the new kidney grille looks really good but its headlights are a bit odd. Its front air intakes also lacks cohesion.

With the upcoming BMW M2, we know that its grille is going to change a bit, getting a bit more square. It will also get almost perfectly rectangular front air intakes, which really seem out of place. In this render, the car also gets some aggressive M Performance bits, such as a front lip spoiler, some canards, side skirts, a new diffuser, M Performance’s funky quad stacked exhausts, and a rear wing. Almost all of which are made from carbon fiber, because of course they are.

There’s no way to no for sure if this render is accurate until we see the final car for real but it looks like it could be fairly accurate to the real car, just judging by spy photos. If this is indicative of the final design, the M Performance Parts, despite being a bit brash, do actually help the look of the car, it seems. What do you think; due the M Performance Parts help or hurt the look of the M2?