The new BMW M240i is an exciting car for enthusiasts, as it’s likely the last small, internal combustion-powered, rear-wheel drive coupe from the brand ever. After this 2 Series generation, the model will likely go fully-electric, so this is the end of the line. Horatiu was recently in Munich to check the M240i out in person and this specific one was equipped with quite a few M Performance parts. In this new video, Horatiu shows you the new BMW M240i and all of its M Performance bits. 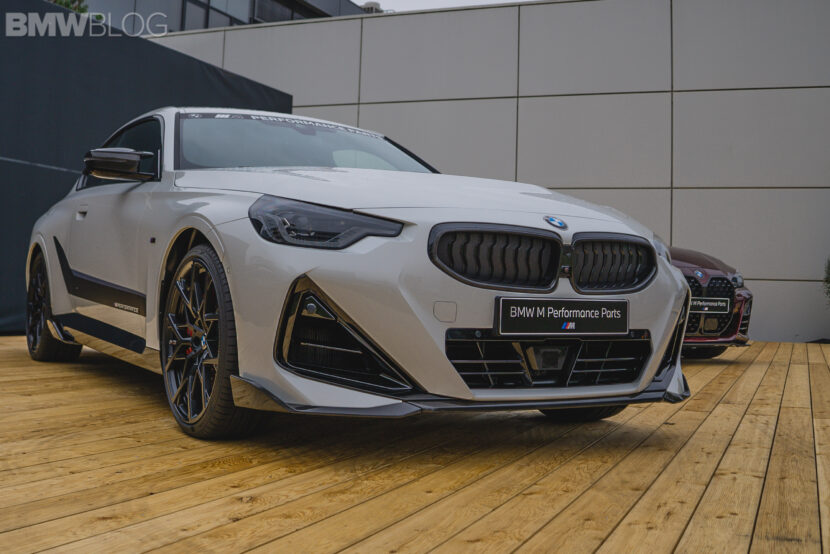 Out back, a carbon fiber rear spoiler — which looks a lot like the M2 CS spoiler — gives it a sportier look, while the carbon fiber pseudo diffuser complements the black exhausts. It’s a wide, aggressive, and sporty looking rear end that makes the M240i look like a genuine performance car. 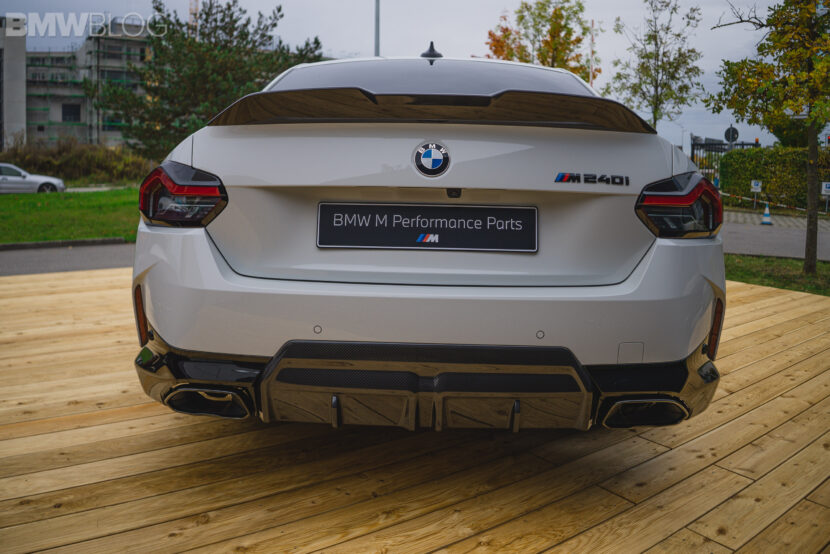 Inside, it gets the typical M Performance car treatment; a leather/Alcantara steering wheel with a red stripe at the 12 o’clock position, carbon fiber bits, and even some M branded door lock knobs.

Overall, the BMW M240i is a sporty looking car in its own right but the M Performance parts can make it look even sportier and more aggressive. Some of it is a bit much — like the door lock knobs and the power dome decals — but most of it makes a difference.