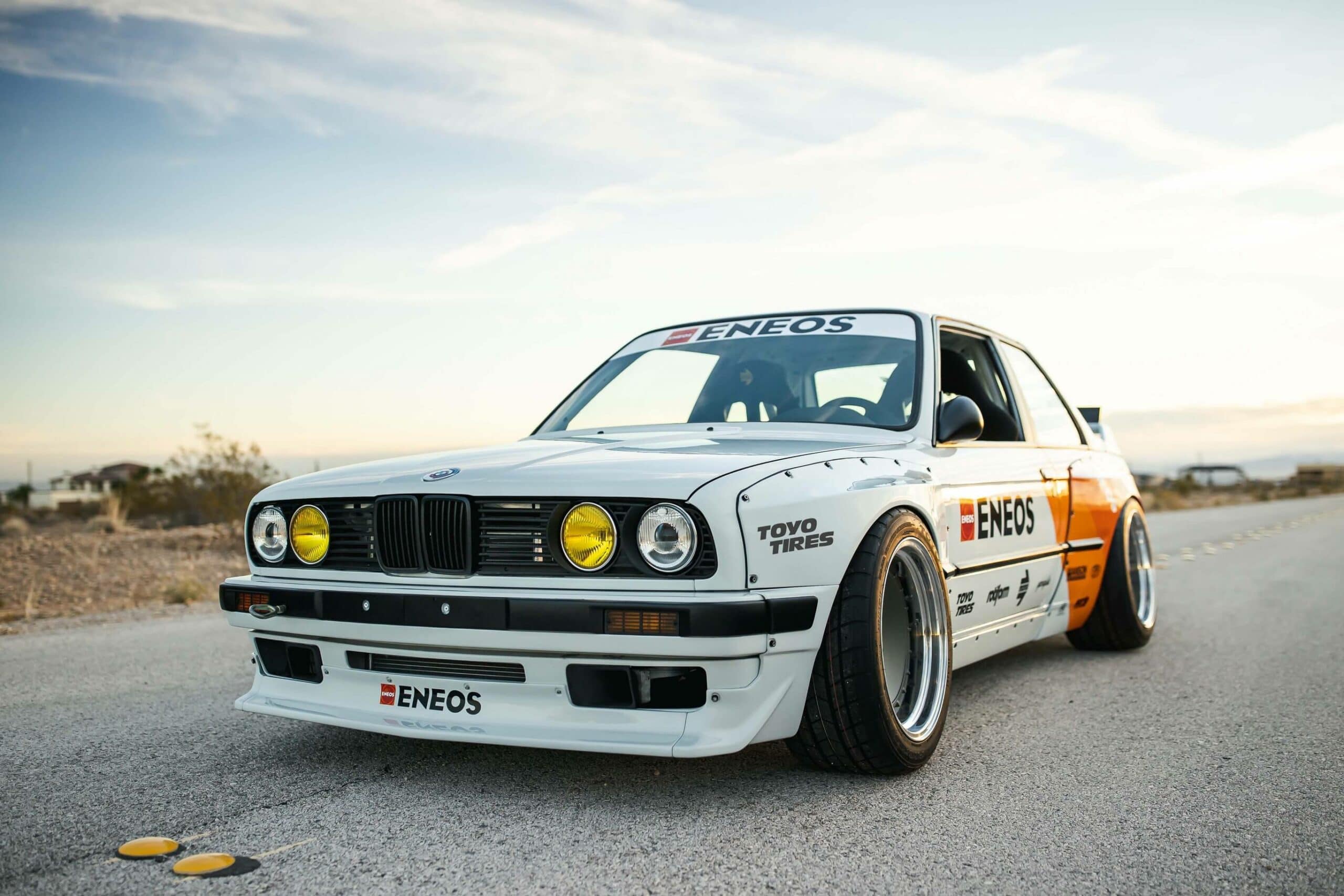 If you’re a BMW traditionalist and you like things a certain way, this custom build is certainly not for you. What started off as a 1985 318i from the E30 generation has been transformed into a veritable drift machine with a Honda engine by Formula DRIFT PRO driver and owner of DevSpeed Motorsports, Faruk Kugay. Yes, a Honda engine.

Specifically, it’s the high-revving F20C from the first-generation S2000 roadster sold between 1999 and 2003. In the AP1-gen model, the naturally aspirated 2.0-liter inline-four produced nearly 250 horsepower and 161 pound-feet (218 pound-feet) of torque in its highest state of tune. Much like it’s the case with the Honda sports car, the custom E30 with its VTEC engine uses the six-speed transmission of the S2000, but with a BMW limited-slip differential.

Why this engine in particular? According to the team behind the project, it “compares favorably to even the E30 M3’s 2.3L 16V engine.” The four-pot of Japanese origins benefits from an AEM air intake and a stainless steel Borla exhaust system, along with a BMW catalytic converter and aluminum mounts. The heavily modified 3 Series has also received a tucked radiator and aftermarket wiring harness – all of which were necessary to make the engine swap possible.

There’s more to this E30 than its engine (and gearbox) transplant as the 36-year-old Bimmer now looks substantially more aggressive thanks to a Pandem V1.5 widebody package. It infuses JDM cues into a DTM icon while riding on larger 17-inch Rotiform IGS wheels wrapped around 255/40 front and 275/40 ZR17 tires.

But wait, there’s more. Lurking from behind those new wheels are the brakes borrowed from an M3 E36, with its bigger front calipers and rotors adapted for this wild build by using special adapters. Another component borrowed from a different BMW is noticeable at the back where the tail-happy machine gets the Evo II wing sourced from an E30 M3 for more downforce and improved airflow.

Other changes worth mentioning include a raised trunk lid, a custom-made rear window, and a carbon-fiber roof to delete the sunroof and reduce weight, which consequently lowers the vehicle’s center of gravity. The original bodyshell has been reinforced and now incorporates a four-point roll bar, while the multi-adjustable KW Variant 3 coilovers round off the mechanical changes.

The modifications continue inside the cabin where the modded rear-wheel-drive weapon gets quite a few Momo goodies, including the steering wheel, shift knob, and the body-hugging racing seats. There’s now a simplified dashboard akin to race cars while the rear bench has been yanked off to reduce weight.

It’s far from being only an interesting build to show off at SEMA in Las Vegas these days since the Eneos BMW 318i F20C as it’s known by its full name will be put to good use during track days as well as at various drift events.