Video: Here’s a glimpse into how the BMW iX is made

Home » Video: Here’s a glimpse into how the BMW iX is made

One of the most important things BMW highlights about its upcoming iX electric SUV is how sustainable it is throughout the production process, something that may have a huge impact on a number of levels later on. This doesn’t just refer to using green energy to manufacture the car and the batteries and everything in between. This also refers to recycled materials not just in the cabin but in other places also.

This kind of approach might make some people raise an eyebrow. Does this mean the production process is considerably different? Not really. Even though the BMW iX uses second life materials, the overall process of making it is the same. The same robots are used, the same 3D cameras to scan for imperfections and so on. The only big difference is where the materials are sourced and how they are obtained. 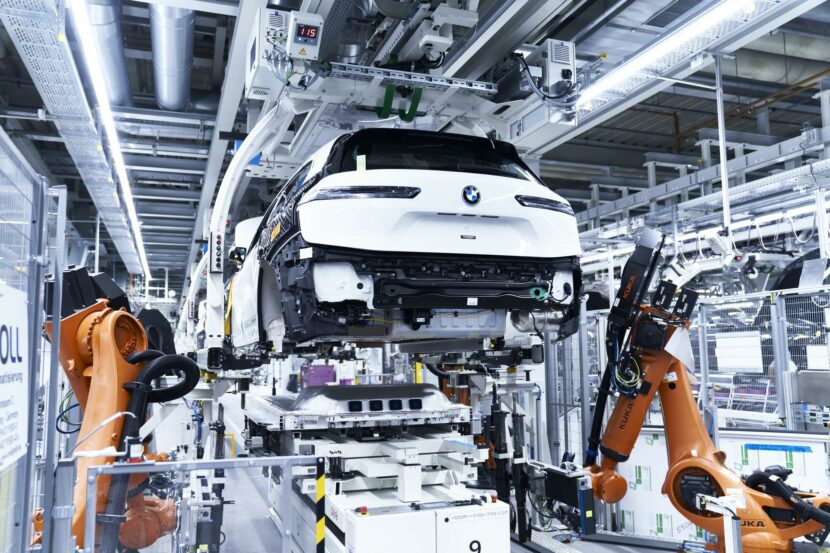 According to BMW, they are using recycled materials such as aluminum and other metals, that have been recuperated from scraping other, older models. These metals are then melted and reshaped to create specific elements around the car, with no impact on its performance or reliability. On the other hand, the impact such a measure could have on the environment is pretty big. To this end, the German company vowed to use more recycled materials in the future.

However, in order to make car more recycling-friendly, you need to design them from the get go as such. You need to make sure cables are easy to pull out of the cabin, that certain mixes of different materials are not impossible to separate and so on. In the meantime, the BMW iX is entering production and the video below will show you that there aren’t huge differences in the way it is made compared to other cars, thanks to robots and modern techniques.