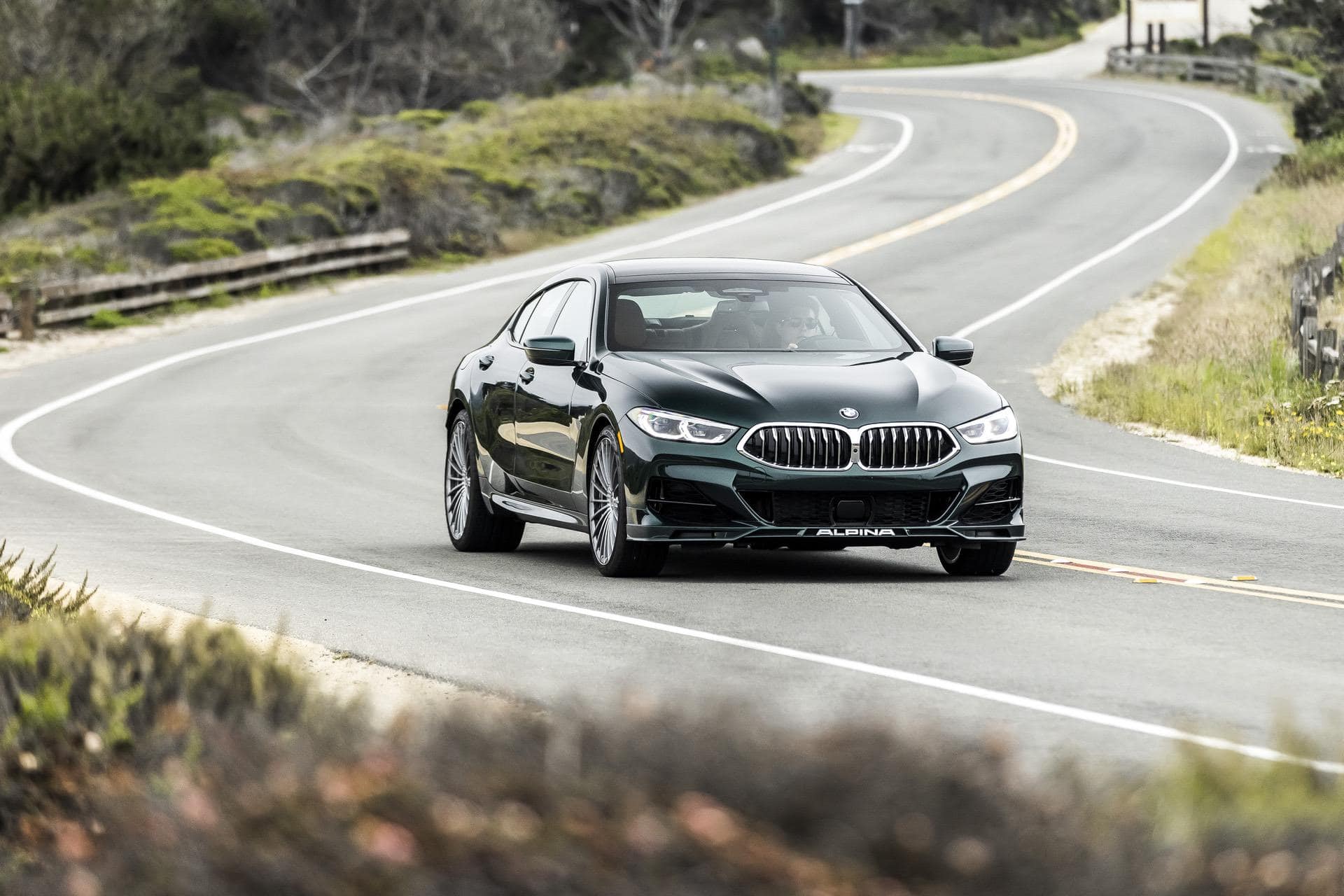 The ALPINA B8 Gran Coupe is an incredibly special car, one that turned heads even during Monterey Car Week, among priceless Bugattis and Ferraris. Yet, it isn’t the only uber-luxurious, uber-fast four-door luxury car from Germany. Another is the Mercedes-AMG GT 63 S 4-Door Coupe (seriously, AMG, you need to come up with a better name than that) and Autocar recently put both cars together to see which was best.

On paper, they’re quite similar cars. Both use twin-turbo V8s — 4.4 liter for the ALPINA, 4.0 liter for the AMG — both have automatic gearboxes, both use all-wheel drive, and they’re both big, four-door luxury cars. The ALPINA  B8 Gran Coupe’s big V8 makes 612 horsepower and 590 lb-ft of torque, while the AMG’s hand-built unit makes even more, with 630 horsepower and 664 lb-ft. Though, despite the AMG’s extra power, both cars are quoted from 0-60 mph in around the same time; 3.2 seconds for the ALPINA and 3.1 seconds for the AMG.

Get both cars on the road, though, and you’ll soon realize that they’re actually very different machines. The ALPINA B8 is the epitome of smooth. Its engine is loud-ish but never intrusive, its cabin is whisper quiet, its suspension is perfectly damped, and its power deliver — while ferocious — happens with a silk smoothness that belies its rapid acceleration. While the AMG is far more off a wild animal. Its engine barks to life and makes a far angrier noise, its chassis is more playful and more dynamic, and its steering is more communicative.

According to Autocar, both cars have their charms and their reasons to buy them over the other. The ALPINA B8 Gran Coupe is the better car everyday, as it’s every bit as fast as the AMG, just with added comfort and refinement. While the AMG GT 4-Door is the more engaging driver’s car with a more exciting engine. They both have compelling arguments and it’s genuinely difficult to choose which is best. Check it out.