Last month we saw the BMW M4 taking on some Ford models. It was probably a coincidence as a number of publications/channels had access to both cars at the same time. We’ve seen the new M car from BMW take on the Mach 1 and the results weren’t exactly surprising. This time though, the big daddy came to pick a fight with the one who trashed his son. This time, we’re watching the Mustang Shelby GT350 take on the M4 and things don’t really go down as you may think.

First of all, there’s a huge difference between the two. While the M4 is a rather run of the mill car you can simply buy whenever you feel like it (if you have the money), the Shelby is a special car. It was created to quench the adrenaline thirst of die-hard enthusiasts and it really has some truly impressive specs. The engine is a flat-plane crank 5.2-liter V8, good for 526 horsepower and 429 lb-ft of torque but that’s the least impressive feature this car has. 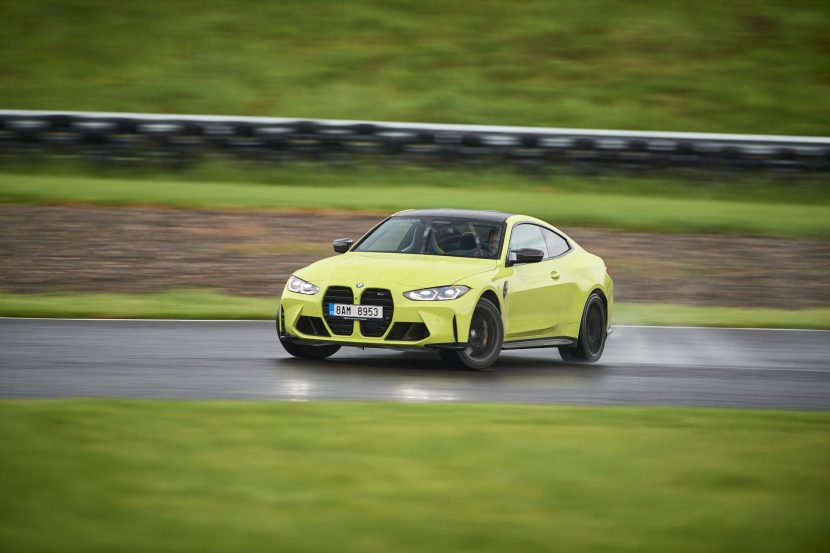 The GT350 also comes with a trick suspension, weight saving measures and many, many other features to make it a truly special model. It is also cheap for what it’s offering, with a starting price of $62,000 in the US. By comparison, the starting price of the M4 is $72,000 in the US and you get a completely different package. As you may already know, the M4 comes with a much smaller 3.0-liter straight six engine that only makes 473 horsepower and 405 lb-ft of torque.

What’s even more interesting here is that this is a battle of the manuals. Both cars come with stick shifts and this might just as well go down to whoever changes gears better. On paper, the GT350 should win it, considering the power difference. However, that massive amount of power might also make the car barely driveable from standstill. As you’re about to see, power is nothing without control and the new M4 definitely has a really good rear differential on it.