This year, the people from Ford have had a lot of work to do with Mustangs. First, the electric model started going on sale around the world, and proved to be quite a success. The Mach-E is now a welcome addition to the list of electric vehicles we can enjoy around the world, with some serious claims behind it. Then came another special Mustang, but this time, following the original recipe: the Ford Mustang Mach 1.

The Mach 1, unlike the Mach-E, uses a 5.0 liter naturally-aspirated V8 engine that’s good for about 480 horsepower. It’s a monster of a car, and can be had with a manual gearbox – which is rare these days – or an automatic ten-speed one which is bound to be faster. Its biggest party trick though is the price tag. You can have this car for a starting price of just $54,595 and that’s insane, considering what you’re getting. The car in the video below, however, has a higher sticker price, of around $65,340. 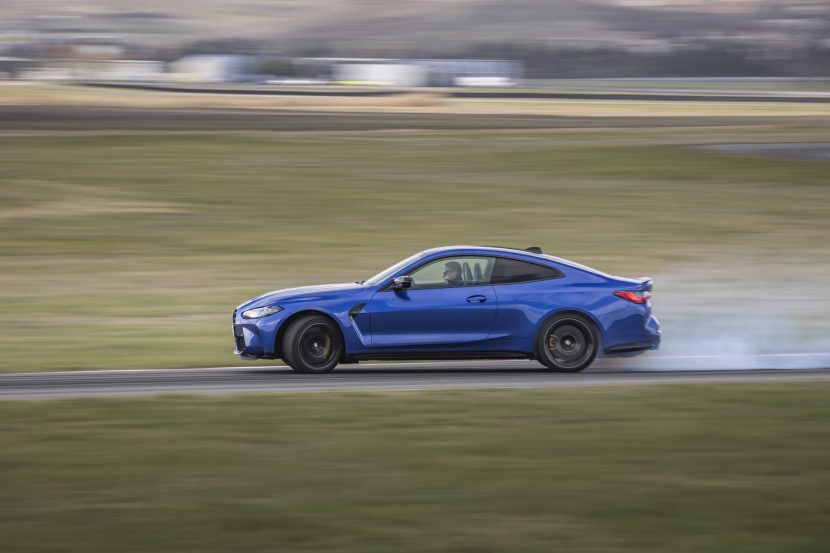 On the other side of the drag strip you’ll find a BMW M4 Competition. This one is a much more familiar car on this website. It uses a much smaller engine, a 3.0 liter straight-six to be more precise, and yet has more power. That’s right, the BMW has 503 horsepower at its disposal. It too is a rear-wheel drive car, like the Mustang Mach 1, but it uses a different gearbox, an eight-speed, instead of the ten-speed inside the Ford. Pricing, however, differs quite a lot. Admittedly, the M4 starts at $75,695 but with all the bells and whistles it rises to almost $102,000.

We’re not here to talk about prices though. We’re here to see which of these Coupes is faster in a straight line? It’s a pretty obvious answer because the M4 is both more powerful and lighter. Furthermore, the Bavarian company tuned the launch control feature to almost perfection for a rear-wheel drive car, so launching the M4 is a breeze right now. The Mustang didn’t stand a chance.