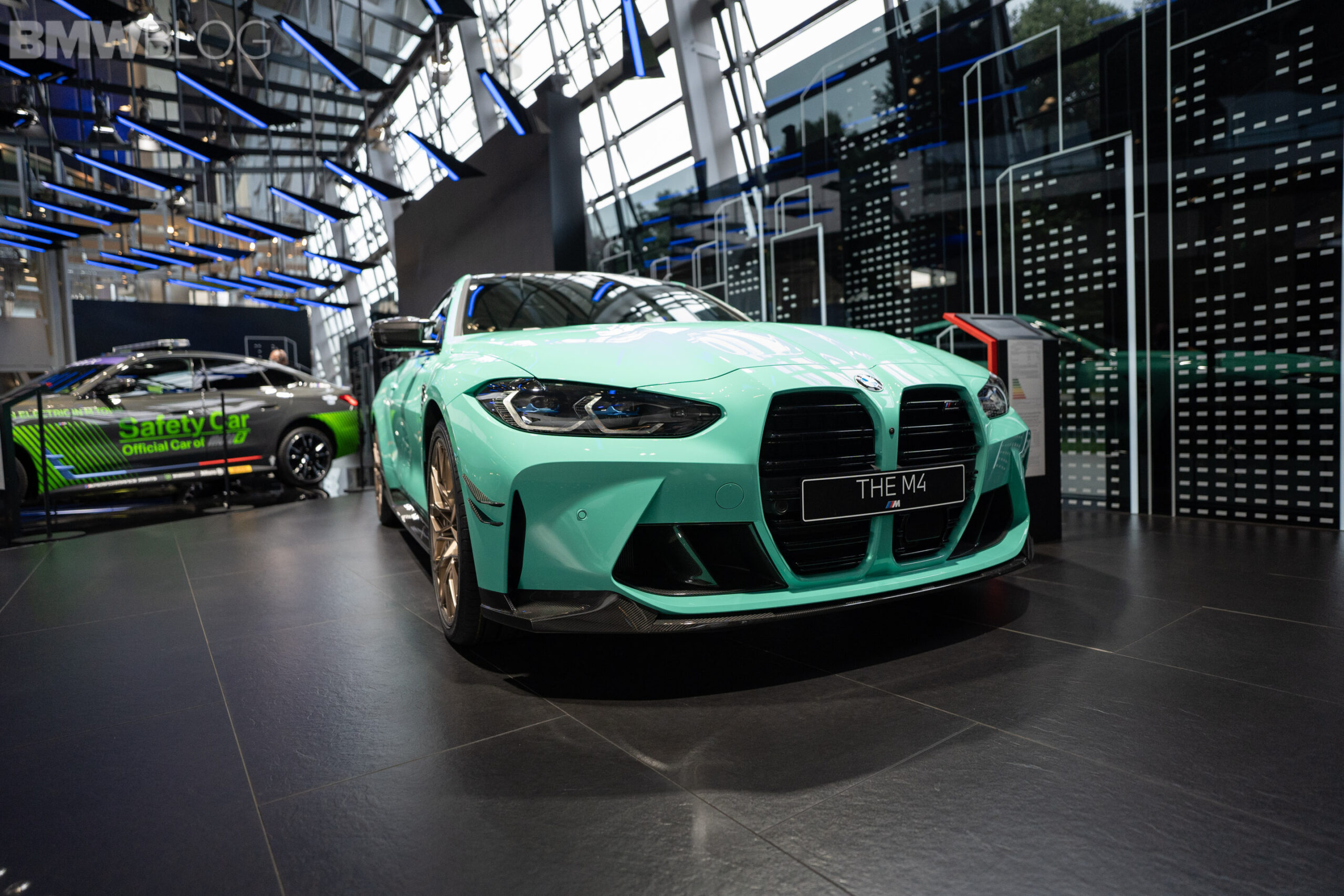 We recently saw some photos from the BMW Individual online configurator of a Mint Green BMW M4 Competition with M Performance parts. Interestingly, we were able to see the exact car in reality, at the 2021 IAA. It was sort of like meeting a lifestyle YouTuber in real life, only more exciting.

This specific BMW M4 Competition wears the Individual Mint Green paint but it also has 20″ gold wheels, which is an unusual color combo. To be honest, I’m not quite sure it works but I also don’t hate it. It’s an odd choice for sure but I don’t think it’s a bad one. However, the Mint Green paint is great, especially with the contrasting accents, such as all the black trim and carbon fiber aero. 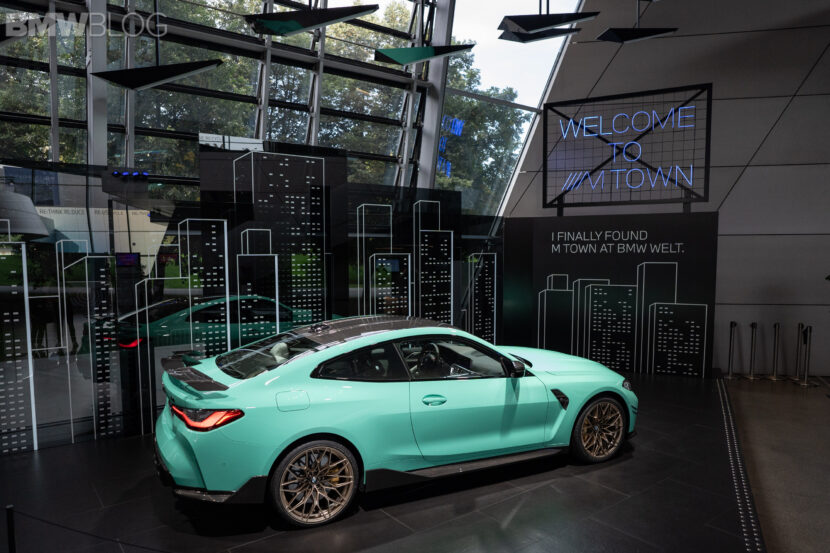 Speaking of aero, this M4 Comp also has some M Performance parts. For example, there’s a carbon fiber front splitter, some cute little canards which likely aren’t functional in any way, some new side skirts, and a large fixed rear wing. All off which are carbon fiber and they mostly look good, especially with the Mint Green paint (am I the only one that hears Joe Pesci’s voice, saying “Metallic Mint Green Paint“?).

One of the more interesting, and controversial, M Performance bits is the new exhaust. The upgraded exhaust for the BMW M4 Competition swaps out the typical quad pipes that flank the rear end for a set of stacked quad pipes mounted in the center. It’s not a bad look, per se, but it’s certainly a very un-BMW look and we’ve seen tons of conflicting comments about it in our articles. I personally don’t hate it but I can see why some fans prefer the standard setup. With the new exhaust, though, the M4 Competition is controversial at both ends; front and back. Perfectly balanced, as all things should be. 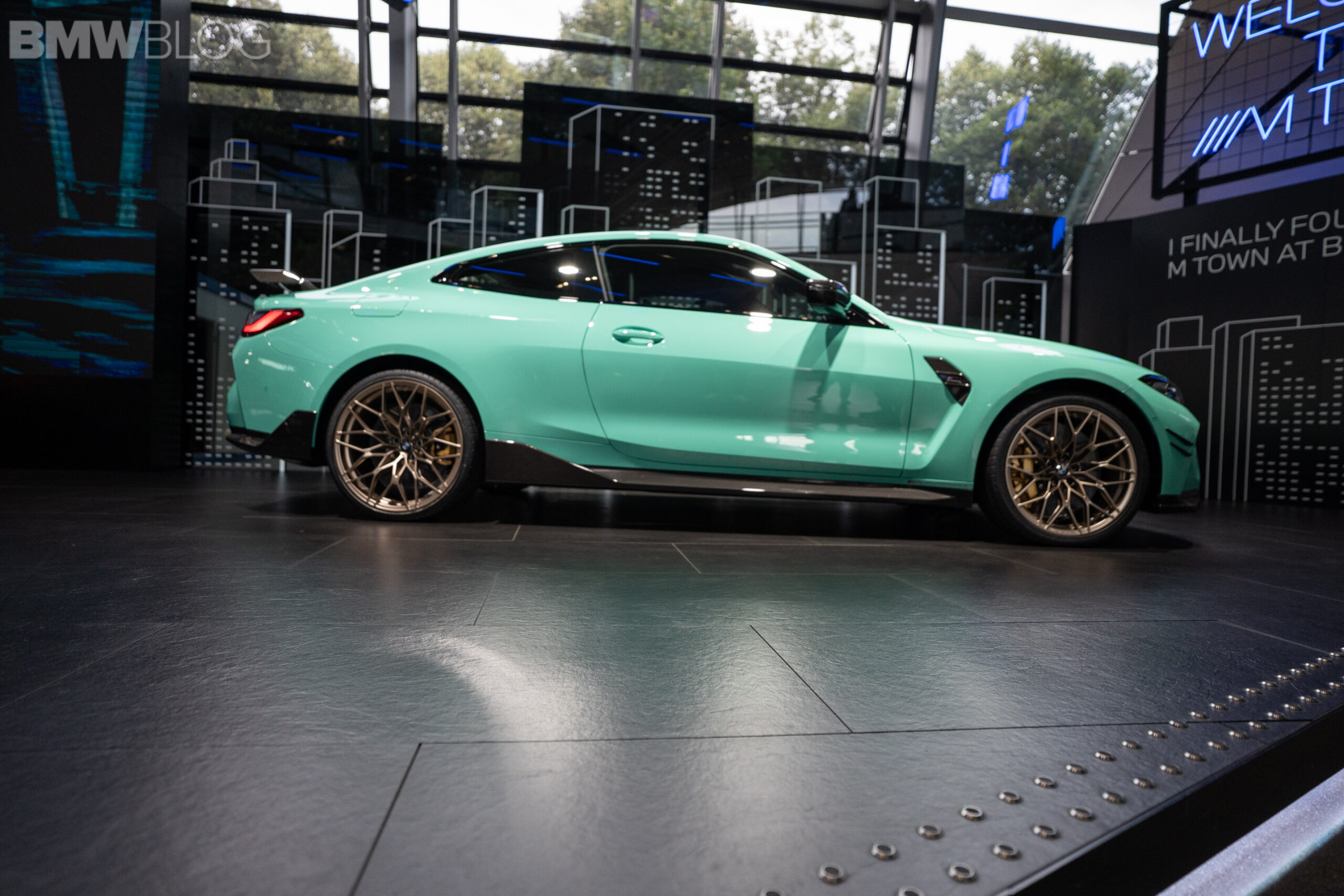 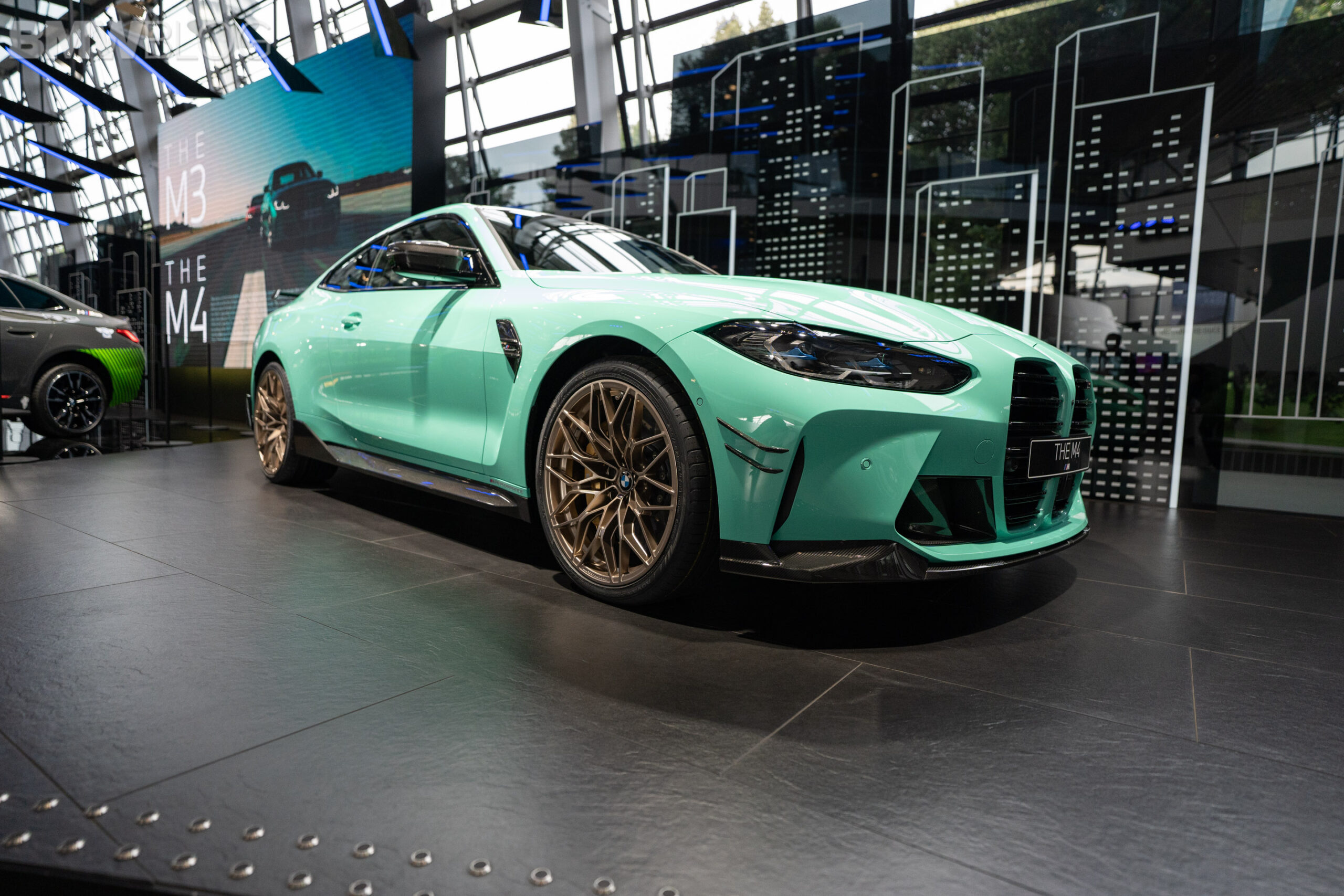 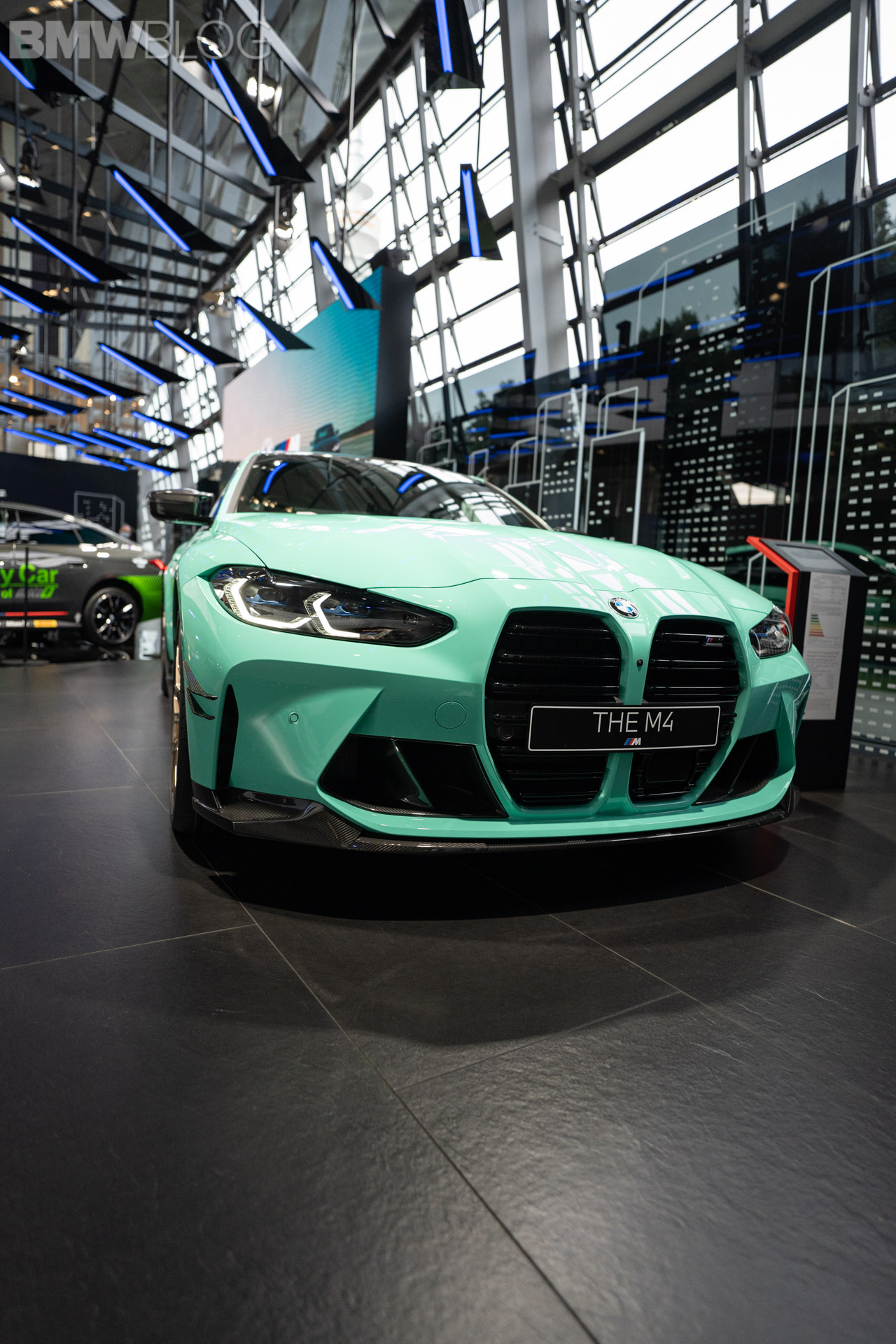 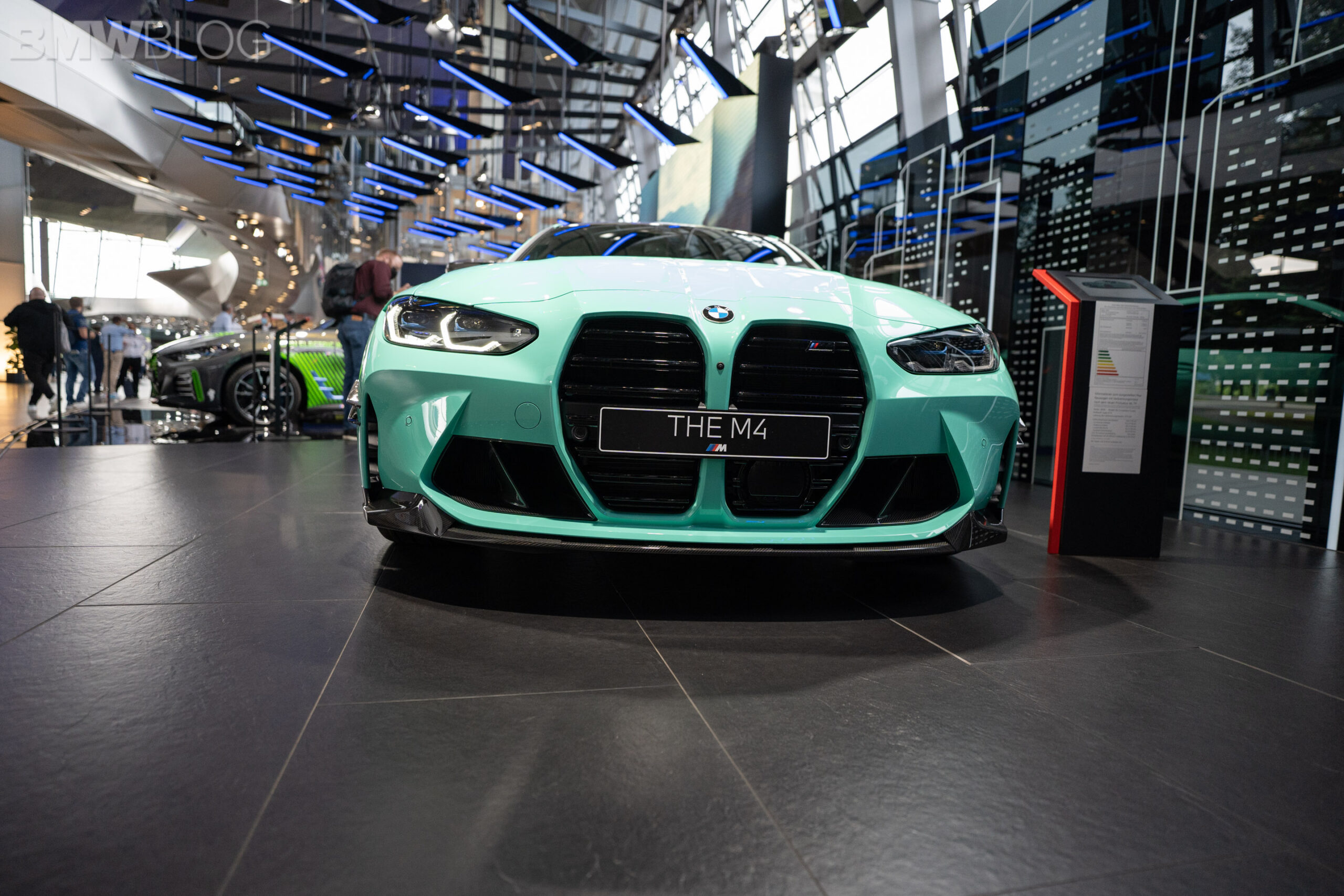 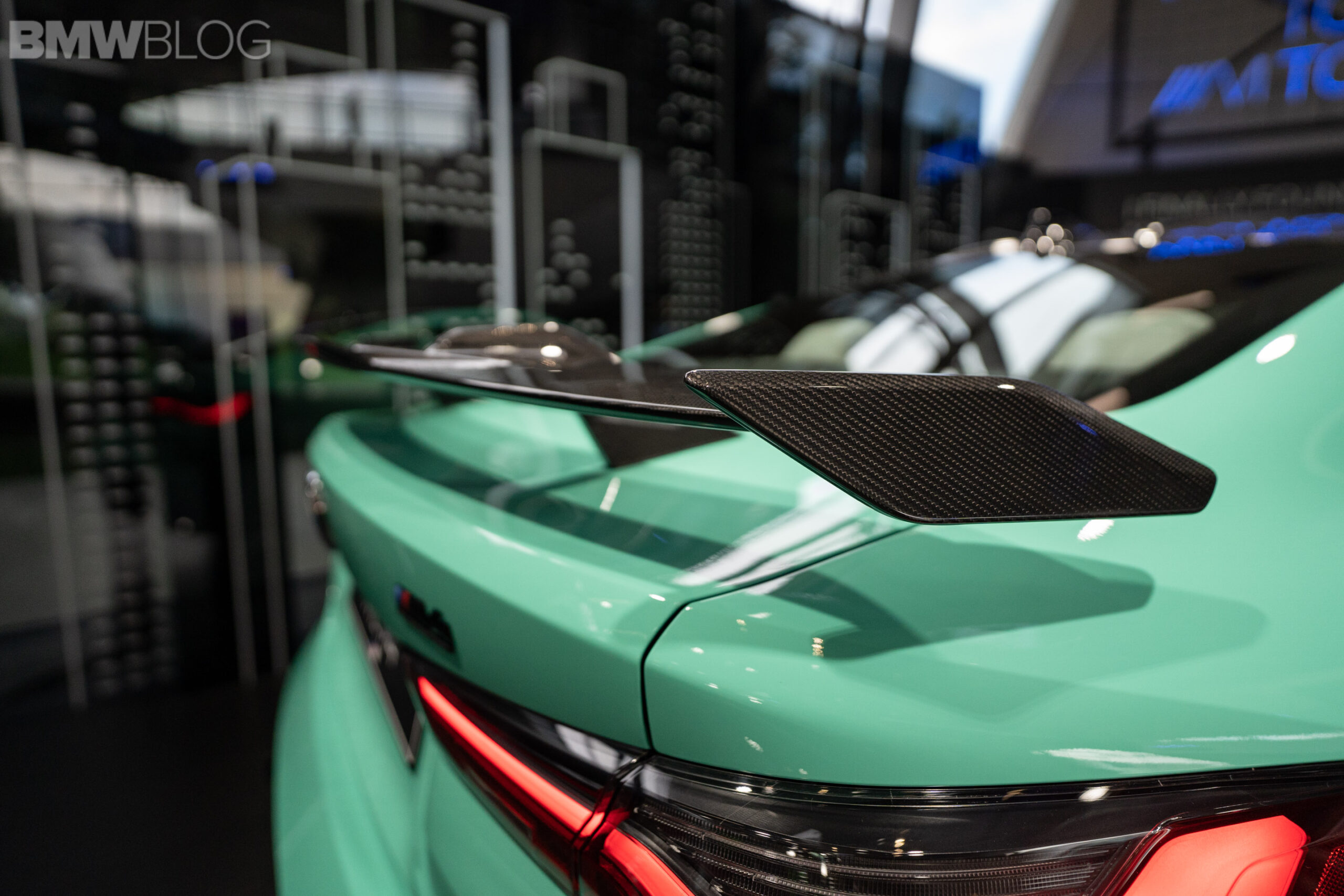 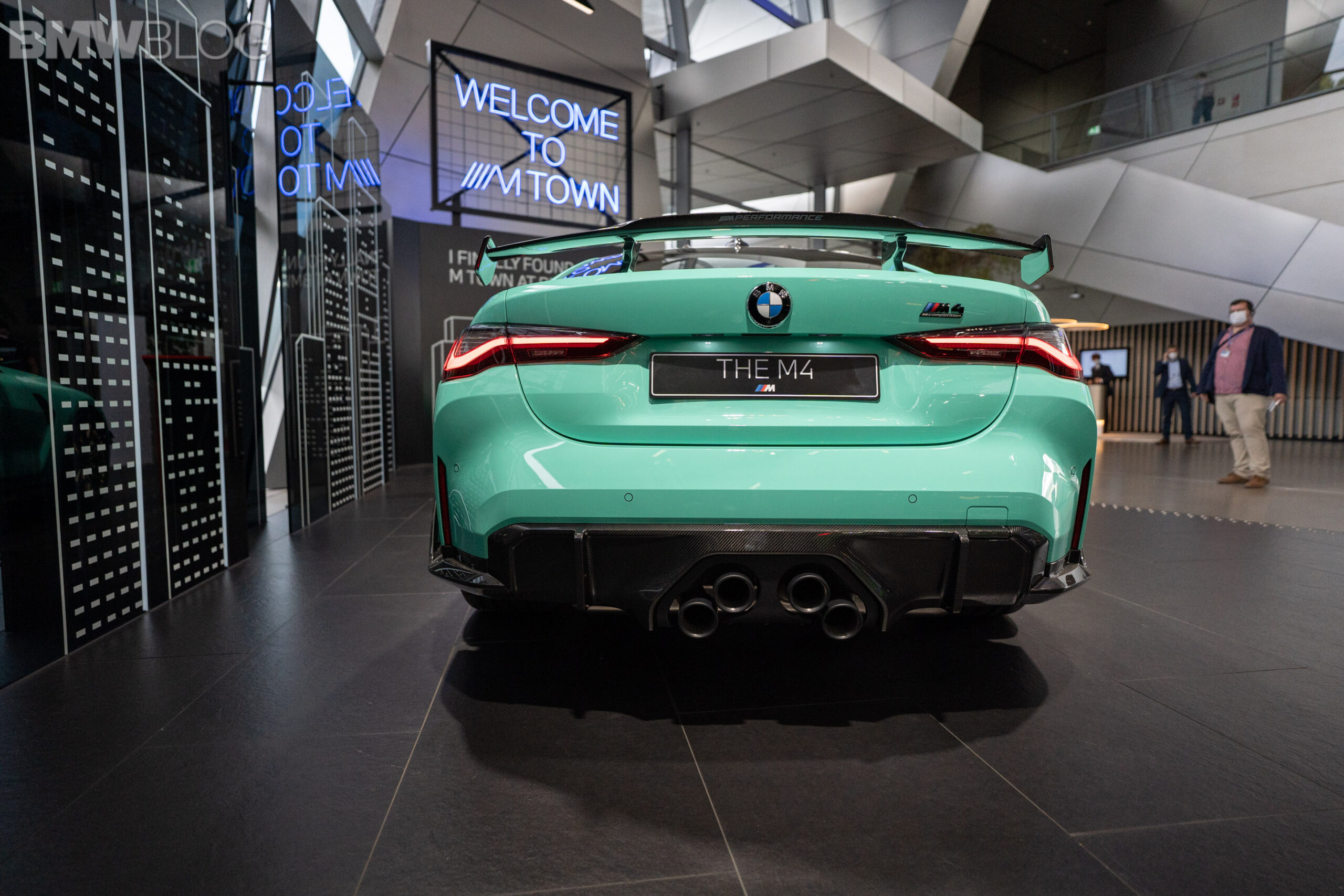 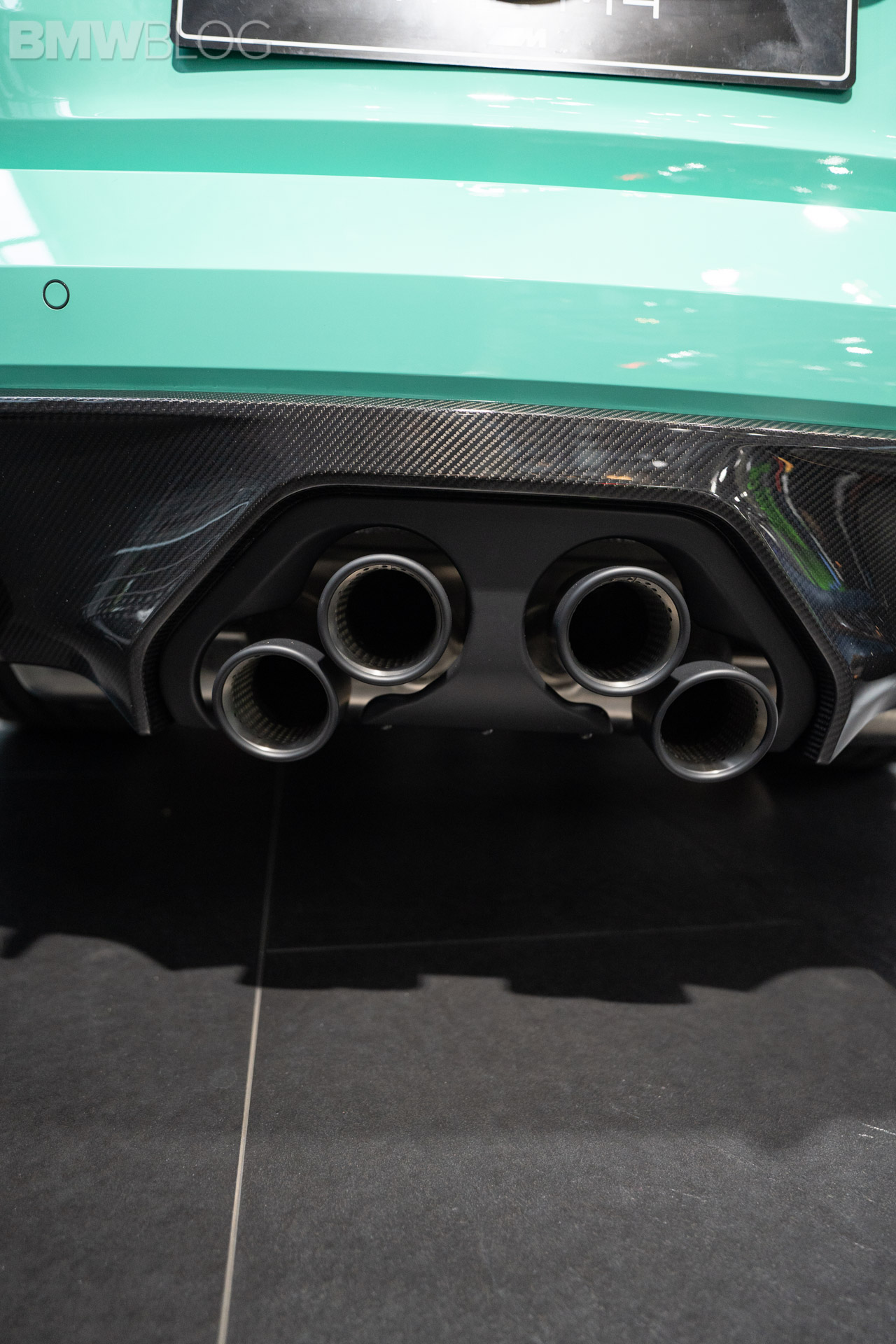 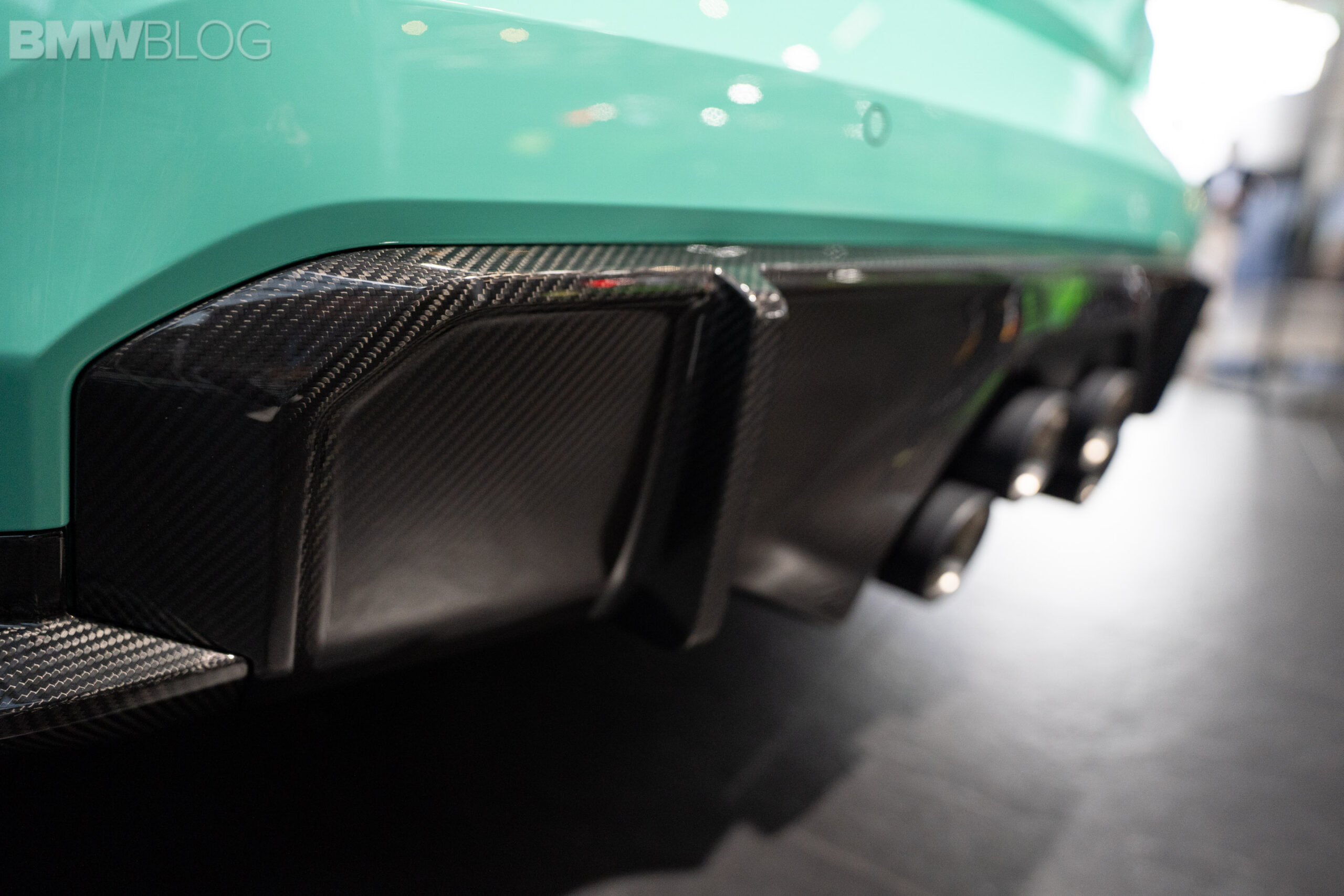 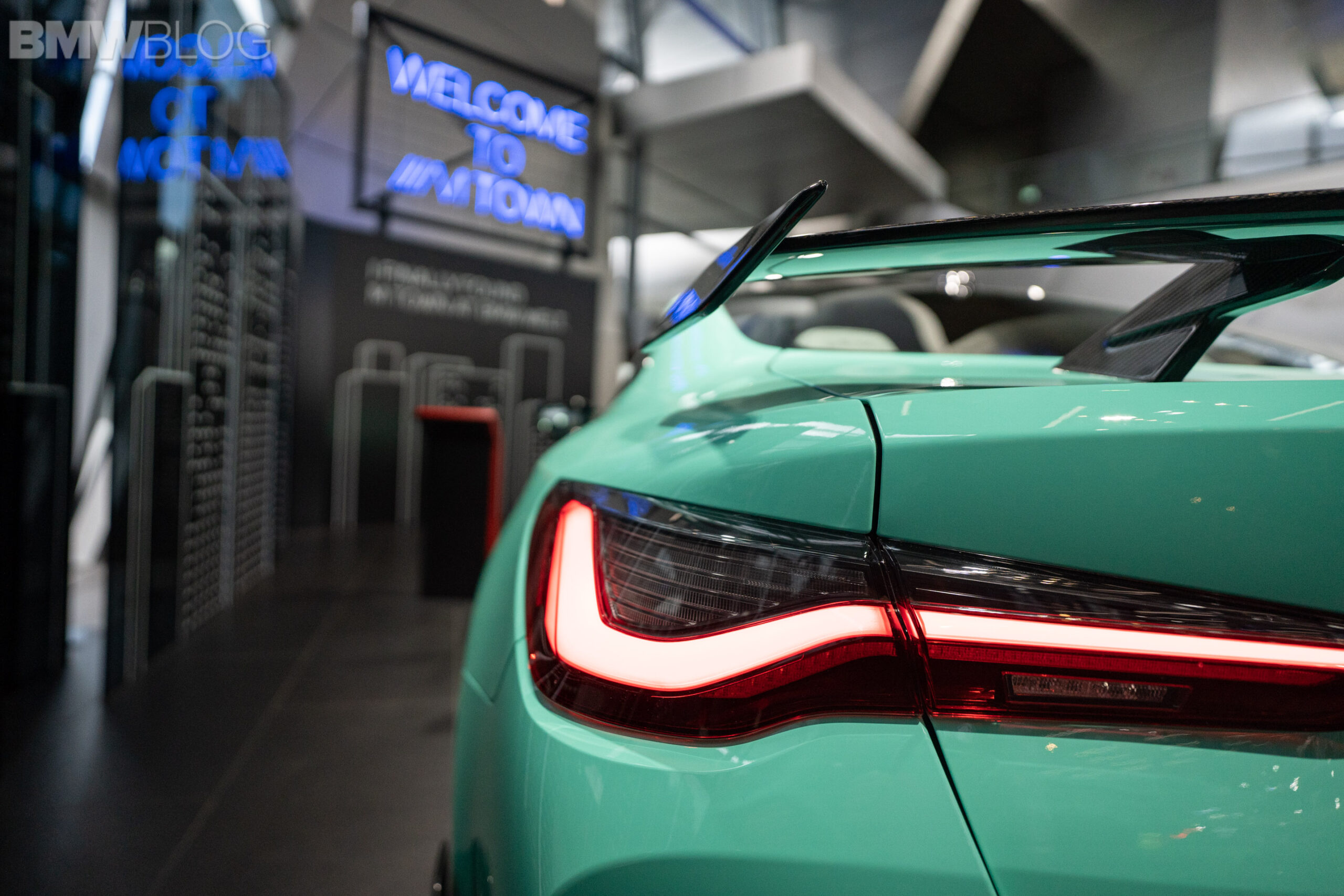 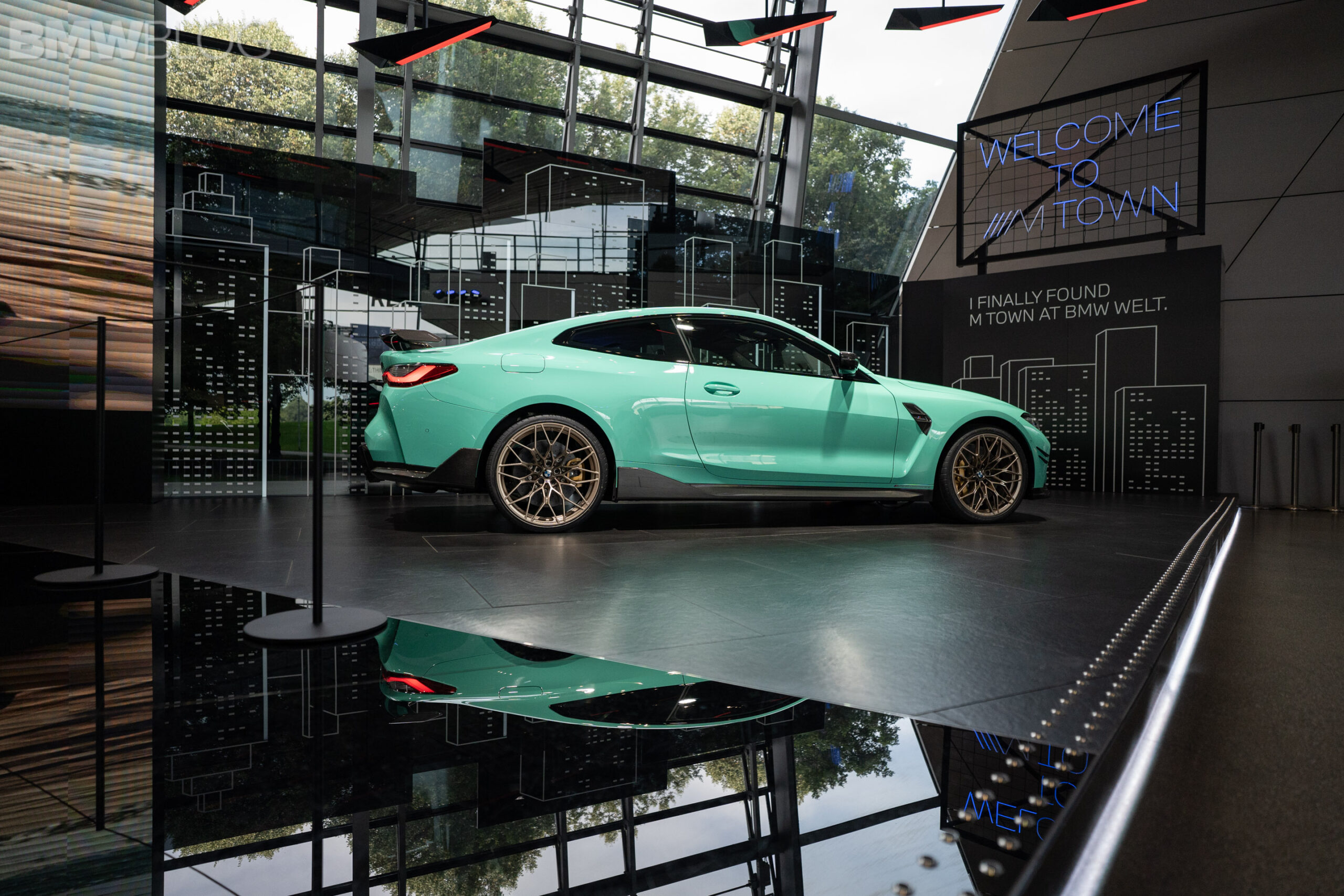 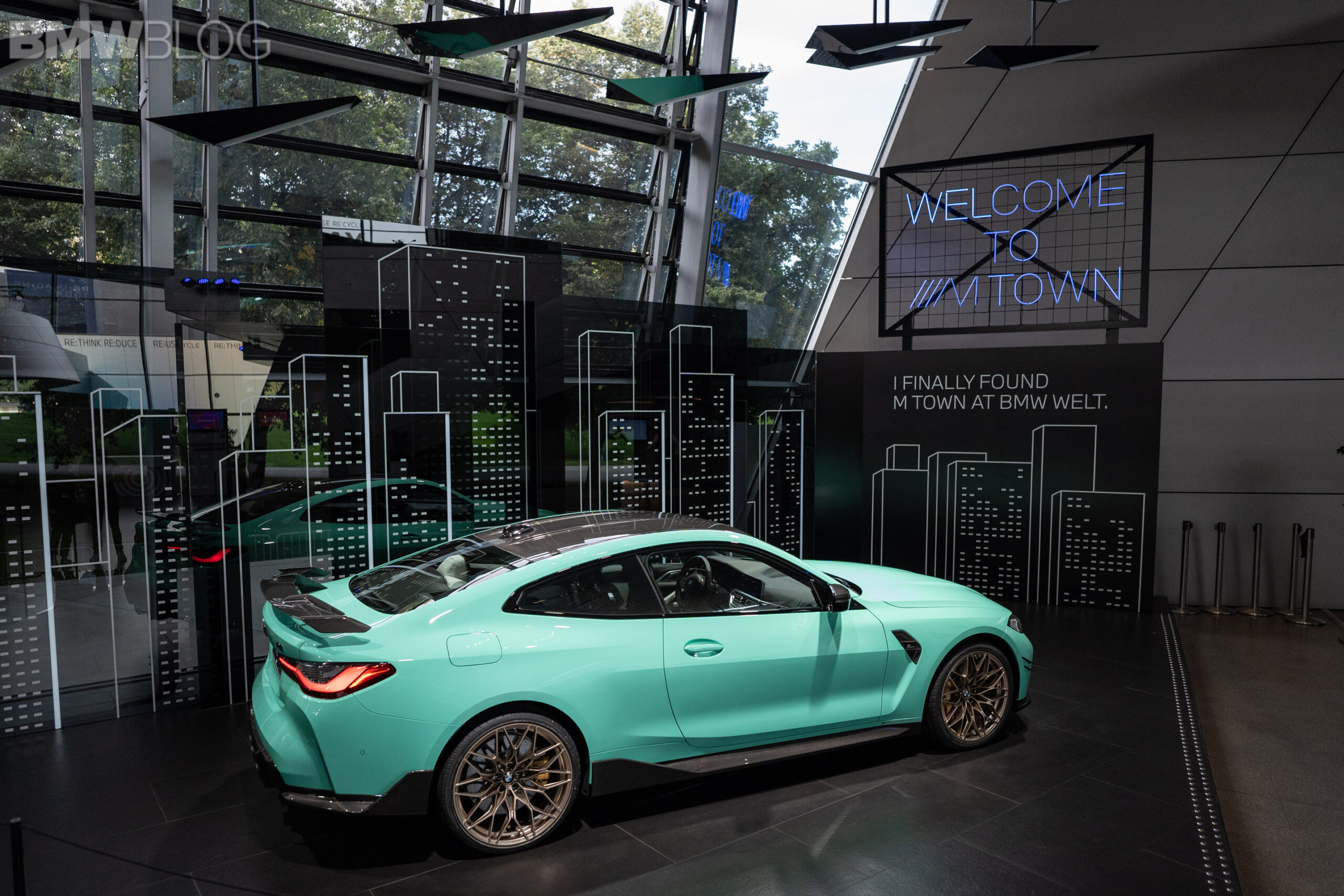